(TORONTO, May 22, 2014) From acclaimed writer/director Ti West (The Innkeepers, The House of the Devil) and master of horror Eli Roth (The Last Exorcism, Hostel, Cabin Fever), The Sacrament 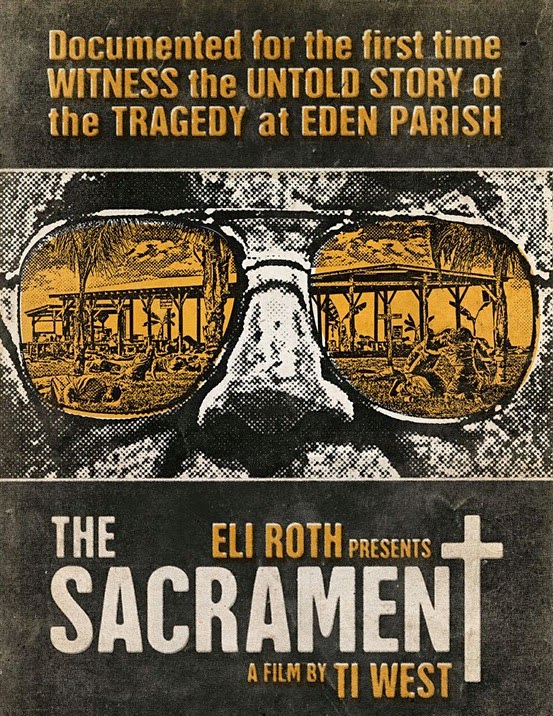 follows two Vice Media correspondents as they set out to document their friend’s journey to find his missing sister. They travel outside of the United States to an undisclosed location where they are welcomed into the world of “Eden Parish,” a self-sustained rural utopia, comprised of nearly two hundred members. At the center of this small, religious, socialist community is a mysterious leader known only as “Father.” As their friend reunites with his sister, it becomes apparent to the newcomers that this paradise may not be as it seems. What started as just another documentary shoot soon becomes a race to escape with their lives. The film opens theatrically in Toronto on June 6, with more cities to come.

Director Ti West started with the concept of a mini-series inspired by the Jonestown Massacre, but his impatience led him to rework it into a feature film because he thought that had a better chance of getting off the ground.

“My goal was to create an elevated genre film that examines the last days in the life of a religious cult,” explained West. “It is rare to find films like these that are more than just cheap thrills. It was important to me not to portray these characters as mindless, psychotic cult members, but as relatable real people.” 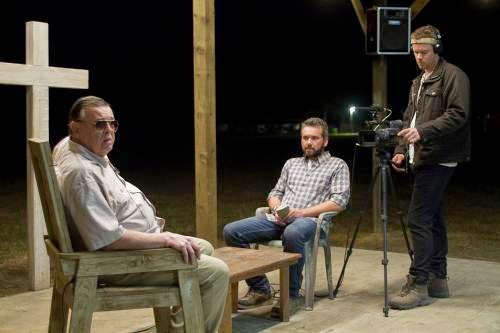 Producer Eli Roth agreed, “I would hope after watching The Sacrament that people would think about the cause they’re committed to, and how fanatical they may be in areas of their own life. But more than that, the next time we hear about a mass suicide, or when people talk about David Koresh or Jim Jones, we want them to have a more emotional connection to the stories like that.”

The theatrical release of The Sacrament will be followed by a home entertainment release in August.