Bumping History: Kuenta i Tambú Turn Curaçao Tradition into a Wild, Sweaty Dance Floor with Tambutronic, their US Debut

Tradition is a tricky beast. There are those who would leave it as a dusty, living museum exhibit. Then there are others who see further, into the possibility of tradition, a line that runs through history all the way to the present. They’re the ones who respect the past but aren’t going to be hidebound by it, who make it a very vital part of now. People like KiT, who’ve transformed the old tambú music of Curaçao 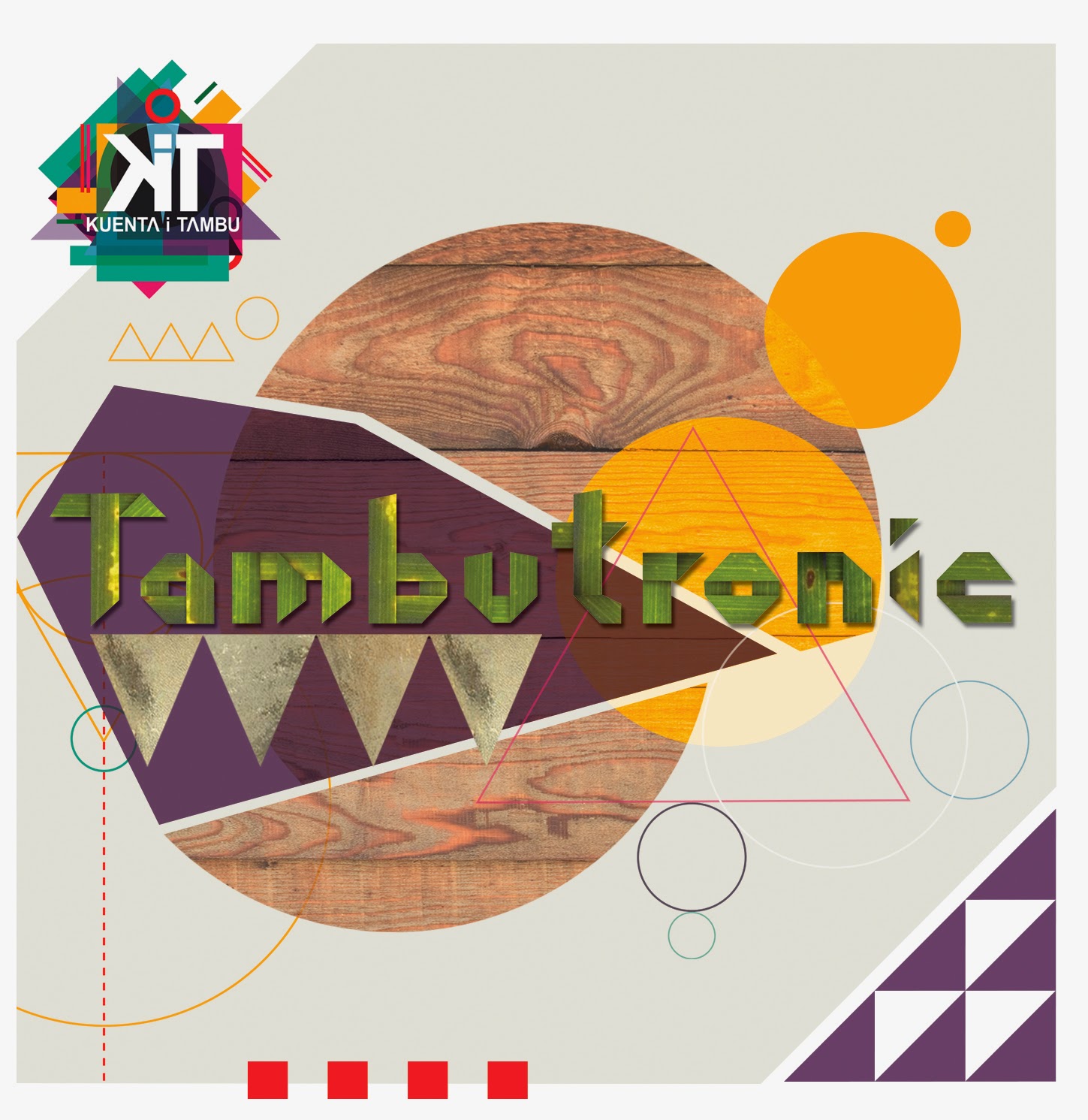 into the 21st-century phenomenon of Tambutronic (Jiga Musica).

Then meets now via hard kicks and hooky synths, the gritty good times that spawned bass music’s tropical, global offshoots, from baile funk to moombahton. Taking up the sounds that evolved in Dutch clubs and mashing them effortlessly with the group’s percussive, evocative Caribbean roots, KiT proves how easily traditional grooves can move in new, unexpected ways.

Though as fresh as M.I.A. or Major Lazer, KiT’s music began long ago and far away. On Curaçao, an island in the Caribbean close to the coast of Venezuela, history remains very much alive. Originally home to the Arawak Indians, it was conquered by the Spanish in 1499 then became Dutch in 1634. But in many ways it’s almost an outpost of Africa, a first stop for slave ships on their journey to South America, and the influence of another continent is still powerful. For centuries, the people have celebrated with drums and singing, styles like seú, muzik di zumbi (music of the spirits), and above all, tambú.

When Roël Calister, a Curaçao-born percussionist who moved to the Netherlands, began his career, it was with the traditional music of his homeland, everything he’d learned as he grew up. The band he founded in 2005, KiT, played and sang acoustically. It even infused the material he composed. But in 2010 a sea change happened, following a change in band membership. 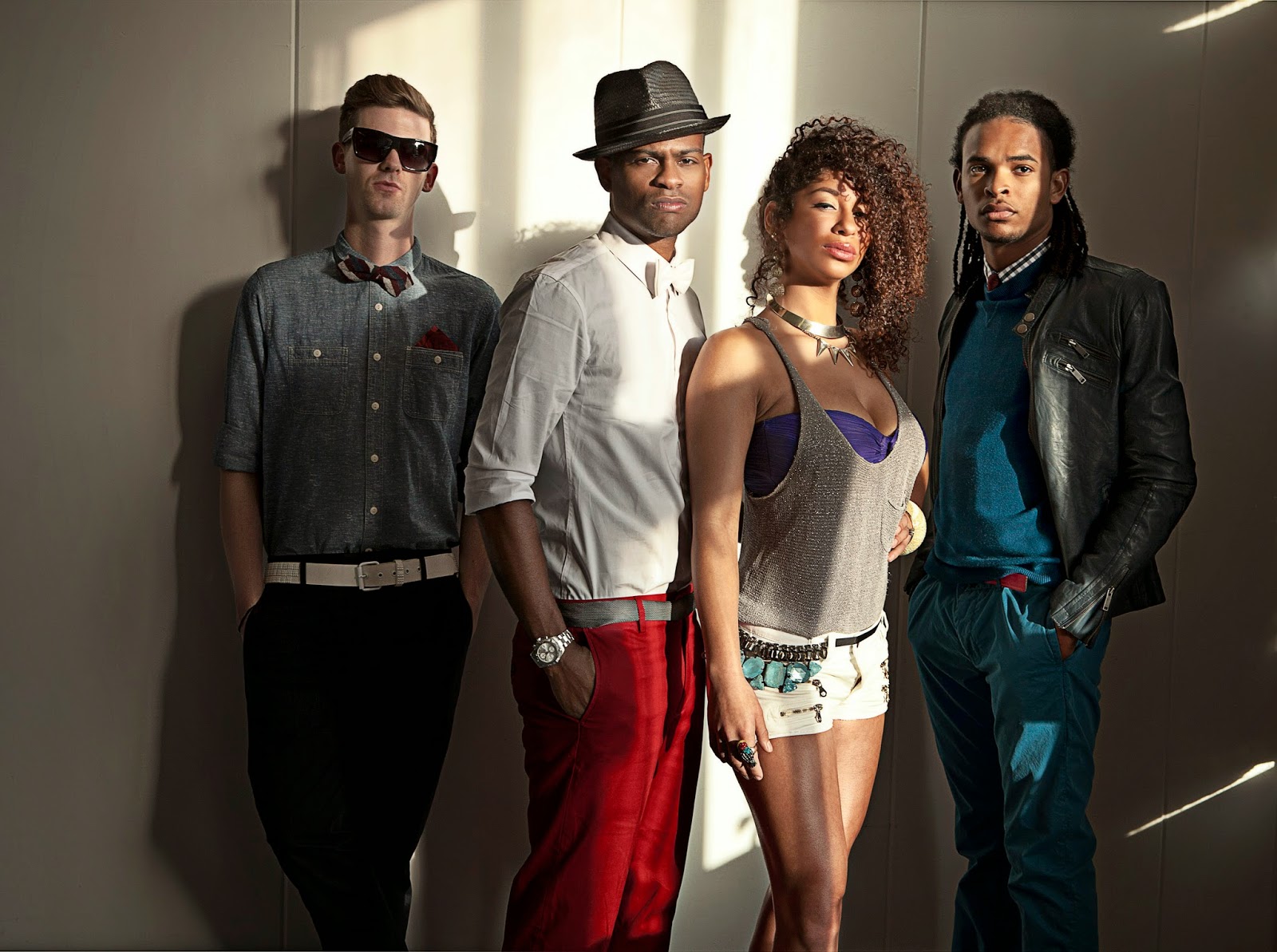 “Like a lot of people, we were listening to hip-hop, to dance music,” Calister recalls. “We started experimenting with beats and electronics to give our music the feel that fascinated us in European electronic music, music we really loved. We released an EP and the style we call Tambutronic was born.” Since then KiT have evolved and refined their music. They’ve introduced Tambutronic music to several continents, including prestigious gigs at Kennedy Center and Lincoln Center, and added a new singer, Diamanta, to make them into a five-piece. And, Calister says, “We knew it was time to make a proper album.”

For all its contemporary sound, though, the music of KiT is very solidly based in tradition.

“On ‘La Señora' you hear a very old style of singing from Curaçao. We’ve added bleeps and synths to give a modern contrast to that,” Calister observes. “We wanted to bring it all into the 21st century.”

“But I also wanted to give glimpses of where it all came from. ‘Zunta Zunta’ is untouched, that’s how the music often still sounds. It’s a work song from the west side of the island. The last track, ‘Bool’ is traditional tambú with solo percussion on top.” 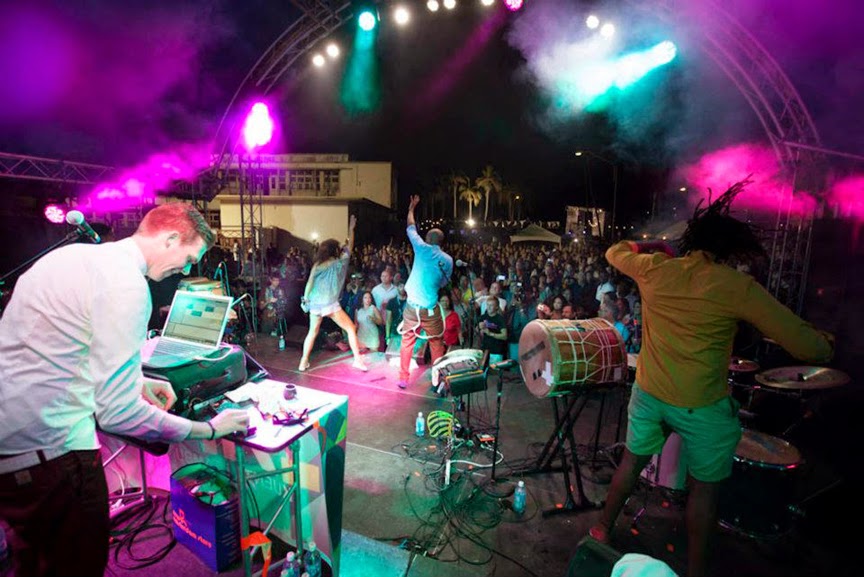 And they can jump from the tradition right onto the dance floor without missing a beat. Tambutronic is the music of celebration, all the sweat and joy of Carnival on a disc. And nowhere is that more apparent than on the opening, ”Lightswitch,“ packed with muscle and percussive punch.

“We added Carnival drums to that,” Calister says with a smile. “Caribbean street drums to give that feel. And then we made it modern.” That updating extends to ”Maria Ta Jora,“ where the band took a sample from an old seú song and constructed something completely new around it. The past dancing side by side with the present.

And Tambutronic has proved to be very popular in Curaçao, where KiT have scored several major hits.

“The people there are very proud that we took the step to give the old music a new look,” Calister says. “We stay true to the roots but we also give the island its own voice in the modern world.” Older folk, familiar with the tradition, hear that in the music while youngsters who’ve grown up on American hip-hop, R & B and the global flavor of dance music, hear their own world reflected at them. And that’s an important way to keeping the past alive and strong. 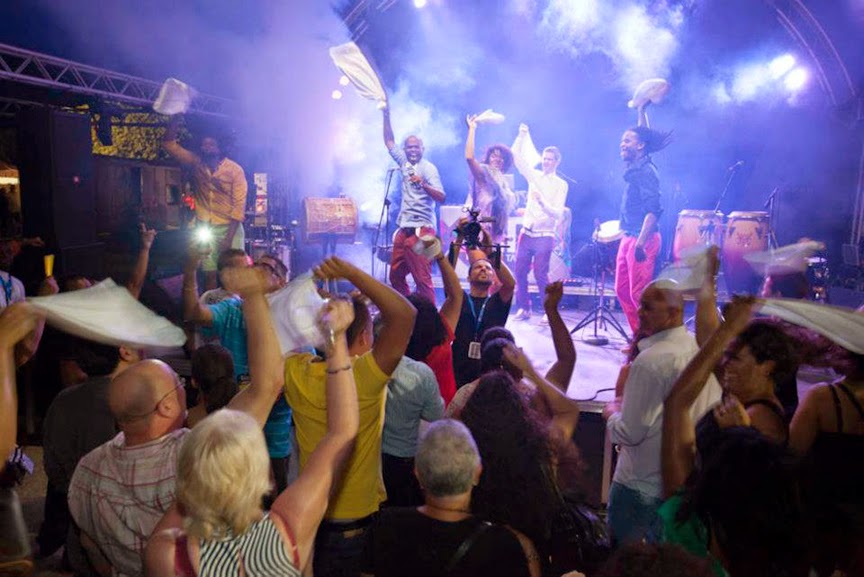 Live, KiT are a non-stop Carnival, a riot of beats and rhythms that take the audience deep into the Caribbean. Above all, though, it’s obvious that the musicians enjoying playing the music and the live percussion thunders through the air.

Tambutronic: where Curaçao’s past dances with its future and takes on the world.

Following the release of Tambutronic, Kuenta I Tambú will be touring the US in June and July 2014. Want to know more? Check out the album at iTunes, their website, Facebook page or follow KiT on Twitter.

Following the release of Tambutronic, Kuenta i Tambú will be touring the US in June and July 2014.