Eclectic New Music: The Awakening Orchestra - Volume I This Is Not The Answer (Innova Recordings May 27 2014)

The Awakening Orchestra - Volume I This Is Not the Answer
(Innova Recordings - May 27, 2014) 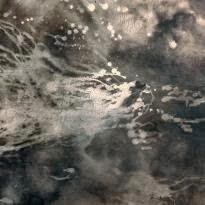 Based in the Bronx, New York and originally from Nova Scotia, Kyle Saulnier's original compositions cross genres and boundaries of time and space.

Although it’s right there in the name, it’s not entirely clear whether composer/leader Kyle Saulnier’s Awakening Orchestra is in fact an orchestra, a big band or something entirely and wildly different. Encompassing broad swaths of musical style in both original and recontextualized and re-imagined compositions, the Awakening Orchestra delves deep into traditions from classical to jazz to indie rock on their debut album, volume I: this is not the answer.

Interspersing original work - like the intricate, four-part, title-track symphony - with often radical interpretations of work by Samuel Barber, Radiohead, Johannes Brahms and Low, volume I: this is not the answer crafts a powerful mix of written and improvised material. Throughout, individual expressions of virtuosity blend seamlessly with Kyle Saulnier’s ever-shifting orchestral textures, and the Awakening Orchestra’s eight years of performing experience come through in the nuanced yet strongly-defined ensemble concept that threads through the record.

Excerpt from the overture: