Jazz CD Release: JC Sanford's Views From the Inside (May 20, 2014) and the Jazz Orchestra Renaissance

JC Sanford's Views From the Inside
A landmark recording of the new jazz orchestra renaissance, marks the emergence of a brilliant bandleader and composer

One of the most exciting aspects of the current jazz scene is the resurgence of the jazz orchestra -- ensembles that make use of expanded size in order to explore bold instrumental sonorities, unexpected musical colors and arresting sonic textures while joyously mixing and matching musical genres. Critical buzz 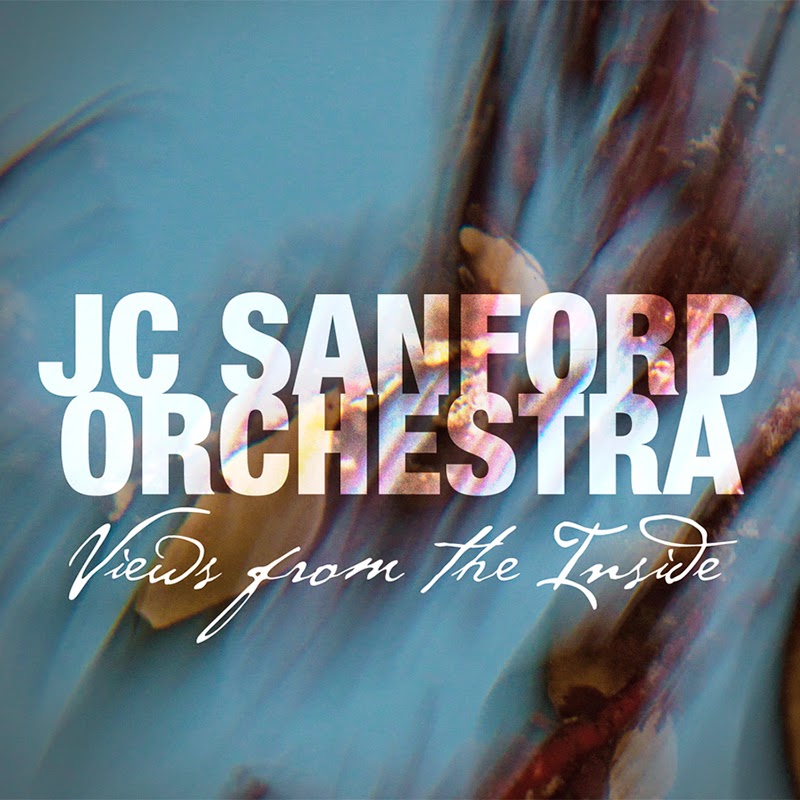 is all well and good in calling attention to these new big bands, but the solid proof of a vital musical renaissance must come in the form of compelling recorded works. Enter JC Sanford's Views >From the Inside (to be released May 20th on Whirlwind Recordings), an album bursting with ambition and invention that confirms that the promise of the new has actually come to fruition.

Composer, arranger, conductor and trombonist, Sanford employs the resources of fifteen outstanding players (including such celebrated contemporary stylists as trumpeter Taylor Haskins, vibraphonist Tom Beckham and percussionist Satoshi Takeishi) in an ensemble that draws on such unconventional jazz band instrumentation as French horn, accordion, tuba, English horn, oboe, bassoon, violin and cello. Utilizing the diversity of his orchestra, Sanford is able to create sparkling music that references the jazz tradition while also ingeniously incorporating classical, pop and world music sources. His mode of operation could be called selective expansion. "In order to get a wider variety of sound, I needed both more and less in the orchestra," Sanford says. "I may avoid having full horn sections as in a traditional big band, but I use musicians like Ben Kono, Chris Bacas, Dan Willis and Kenny Berger who play multiple instruments, thus giving the band a wide variety of colors."

Calling on creative capital gained from his studies with the legendary arrangers Bob Brookmeyer and Jim McNeely, Sanford makes pointed use of traditional swing conventions, yet just as frequently turns them on their head, tweaking these same conventions by employing daring compositional gambits that endow each performance with freshness and vision.  "I'm always trying to turn that corner that isn't expected," Sanford says, "I was trained in the conventions of swing and big band arranging and I love that idiom, but I don't want to stay in that zone. I'm aiming to avoid the predictable, to find different colors and textures."

Yet for all its inventiveness, Views From the Inside is also an album stocked with notable melody and inviting performances.  Sanford, inspired by such diverse influences as Richard Strauss, Charles Ives, Stevie Wonder and Billy Joel, makes certain that a sure sense of song and expressive drama is never lost amongst the intriguing tonal colors and surprising harmonic and rhythmic structures. "Views From the Inside," "Robins In Snow" (written as part of a new score for the 1925 silent film, Ben-Hur, and featuring the bandleader on trombone) "Brownieland" (spotlighting the accordionist Jacob Garchick), "Sunset Park, Sunset Park" and "Sky. Good. " are each marked by lyricism, shifting moods and a touch of mystery, while "Your Word Alone", "An Attempt At Serenity," "Verrazano Bikeride" and "2nd & 7th" brim with exceptionally cohesive ensemble work and forcefully expressive improvisations, while consistently maintaining strong melodic interest. 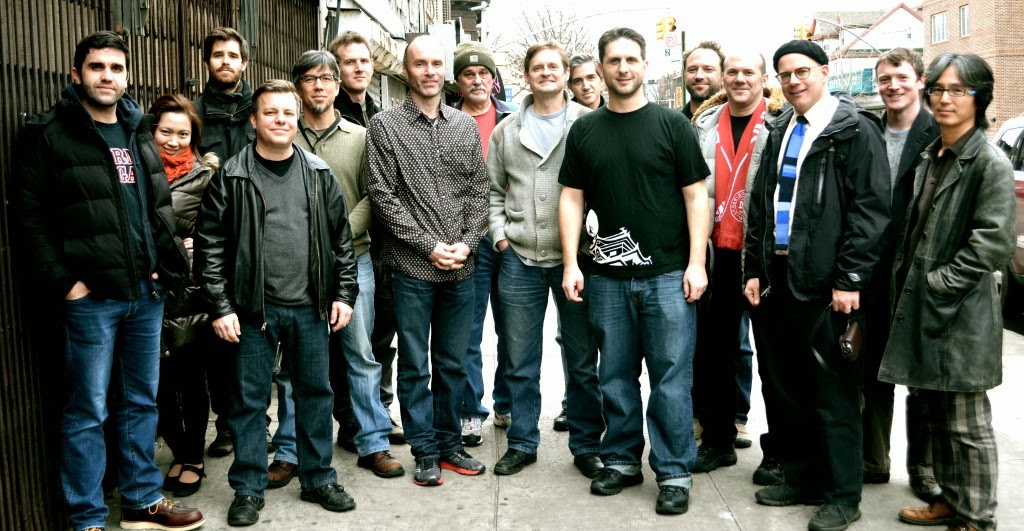 Five of the album's twelve tracks are "Brooklyn Vignettes," originally composed as a suite for the American Music Center, pieces that reflect the varied character of the New York borough in which Sanford composed the album and where he currently makes his home. Three compact pieces feature duets between Taylor Haskins and the innovative percussionist Satoshi Takeishi, whom Sanford credits with much of the album's distinctive flavor. "When I give improvisers space, it's their space," Sanford says, "But everyone has to ask the same questions: 'Why am I doing what I'm doing? Does the music demand my contribution?' In the end, you have to allow the music to tell you where to go."

Sanford studied at the University of Northern Iowa and the New England Conservatory where he earned a D.M.A. in Jazz Studies. After relocating to New York, he became involved with the BMI Jazz Composers Workshop under the direction of Manny Albam and Jim McNeely. Currently, in addition to leading his own orchestra, Sanford conducts the twice-Grammy-nominated John Hollenbeck Large Ensemble, the Alice Coltrane Orchestra featuring Ravi Coltrane and Jack DeJohnette, the Joel Harrison 19, and the Alan Ferber Nonet With Strings.

Sanford also curates the influential Size Matters series at the Tea Lounge in Brooklyn, which has presented close to 60 big bands over the past four years. Among the jazz and classical artists who have performed Sanford's compositions and arrangements are John Abercrombie, Dave Liebman, Lew Soloff, Andrew Russo and the Swedish Wind Ensemble. Sanford collaborated with composer David Schumacher in the Schumacher/Sanford Sound Assembly jazz orchestra, and is also a founding member (with Darcy James Argue and Joseph Phillips) of the composer's federation, Pulse.