This three-CD set is a compilation of the work of the Creative Music Foundation, a group of like-minded musicians and composers based out of Creative Music Studio in Woodstock, New York.

The three CDs include Small Ensembles, Orchestral Music and World Music and come from over 400 hours of music that form the archives of CMS. Alongside a core of founding artists, many of the world's most innovative musicians came to the studio as Guiding Artists.

The history and details are below - the music is an eclectic collection of jazz/new music/world music with the kind of organic groove you'd expect from a bunch of musicians communing.

A BRIEF HISTORY OF THE CREATIVE MUSIC STUDIO
Most fans of jazz and improvised music from the 1970s and on know of the various musical collectives that formed in a number of cities. Groups like Chicago's AACM, the Black Artists Group in St. Louis and the loft scene in New York City were centers of fervent creativity for the music. This CD set concentrates on an equally influential axis of musical experimentation based at the Creative Music Studio in Woodstock, New York. The vision for CMS is best described as creating collective synergy, having musicians from separate regions and backgrounds live and work together as they find common ground and develop a personal musical vocabulary.  The Guiding Artists who participated in CMS ranged from artists rooted in jazz, such as Charles Brackeen and Oliver Lake, to artists coming at improvisation from the classical side, such as pianists Ursula Oppens and Fred Rziewski. "Any person in today's music scene knows that rock, classical, folk and jazz are all yesterday's titles," declared Creative Music Foundation co-founder Ornette Coleman. "I feel that the music world is getting closer to being a singular expression, one with endless musical stories of mankind."

In addition to Ornette, CMS was founded in 1971 by Karl Berger and Ingrid vFuller, John Cage and Gil Evans. By the time it closed its 45-acre physical campus in 1984, the Studio had brought in nearly all of the leading lights of the creative music world as Guiding Artists. Musicians like Turkey?s Ismet Siral and Brazil's Nana Vasconcelos came to CMS and added into the mix the musical traditions of their countries, helping to create the ?elements common to all music? described in the Studio's philosophy.  Central to the growth of what became world music was trumpeter Don Cherry, a frequent presence at CMS. Five Guiding Artists - George Lewis, John Zorn, Charlie Haden, Cecil Taylor and John Cage- went on to become recipients of MacArthur Fellowships. While some musicians participated only in brief workshops and others came and lived at CMS for years, thousands of CMS participants were influenced by its spirit of freedom, exploration and collaboration.

After the CMS campus closed, Karl and Ingrid stayed in Woodstock and have continued to play concerts and conduct workshops, including Karl's recent work with a newly constituted Improvisers Orchestra. For over a decade, the couple took the concepts they developed at CMS all over the world, exposing musicians from Africa and India to Asia and South America to the insights gained at CMS.

During the CMS years, the Studio had recorded well over four hundred hours of performances and workshops, a rich archive that CMS has been digitizing and re-mastering. The Creative Music Foundation has partnered with Columbia University's Library to preserve the CMS Archive for posterity. CMS is giving Columbia the full archive of recorded tapes, along with memorabilia and photographs from CMS. You are holding the first of the several CD sets of this exciting project. According to Berger, "We believe these compilations will present a vivid picture of CMS in very listenable CDs, selected for their outstanding artistic excellence, in the free-wheeling spirit of the Creative Music Studio. We have hand-picked each piece of this compilation for its musical vibrancy, historical interest and intersection with the other artists."

This CD box set contains interviews with the artists who made the recordings (or people close to them.) These interviews, conducted as part of the CMS Oral History Project, aim to gather directly from CMS Guiding Artists and participants their anecdotes and insights from their time at CMS. Conducted in partnership with Columbia University and WKCR-FM (NYC), these oral histories fill a void in the historical retelling of this important and fertile time in music and education, and are continued in more detail at: http://www.creativemusicfoundation.org/oral-history-project.html.

The Creative Music Studio was fertile ground for education and music-making. Musicians from all over the world have credited CMS as some of the most exciting, innovative and important experiences they have had, not only as musicians, but also as people. The stories are endless but unfortunately the lives of the storytellers are not. In fact, some of CMS?s greatest storytellers, such as Don Cherry or John Cage, have died, and with them their tales about CMS and its impact on their musical careers and lives.  The Creative Music Foundation aims to conduct 10 interviews annually as part of its Oral History Project, with transcripts as well as audio/video recordings eventually available on its website.

Ed Blackwell/Charles Brackeen
Ed Blackwell's drumming, shaped by his New Orleans background, was the backbone of Ornette Coleman's revolutionary advances in jazz. Here he is paired with Charles Brackeen, a sax player from Oklahoma who was active until the mid-2000s. Their duet conversations dart and weave in a playful and masterful way.

David Izenson, Karl Berger, Ingrid Sertso
Like Blackwell, bass player Izenson was an Ornette Coleman sideman and a CMS Guiding Artist before his untimely death at age 47 in 1979. His work here with Berger and Sertso creates an airy feel, fed by Sertso's poetic vocals. (Karl Berger & Ingrid Sertso pictured above) 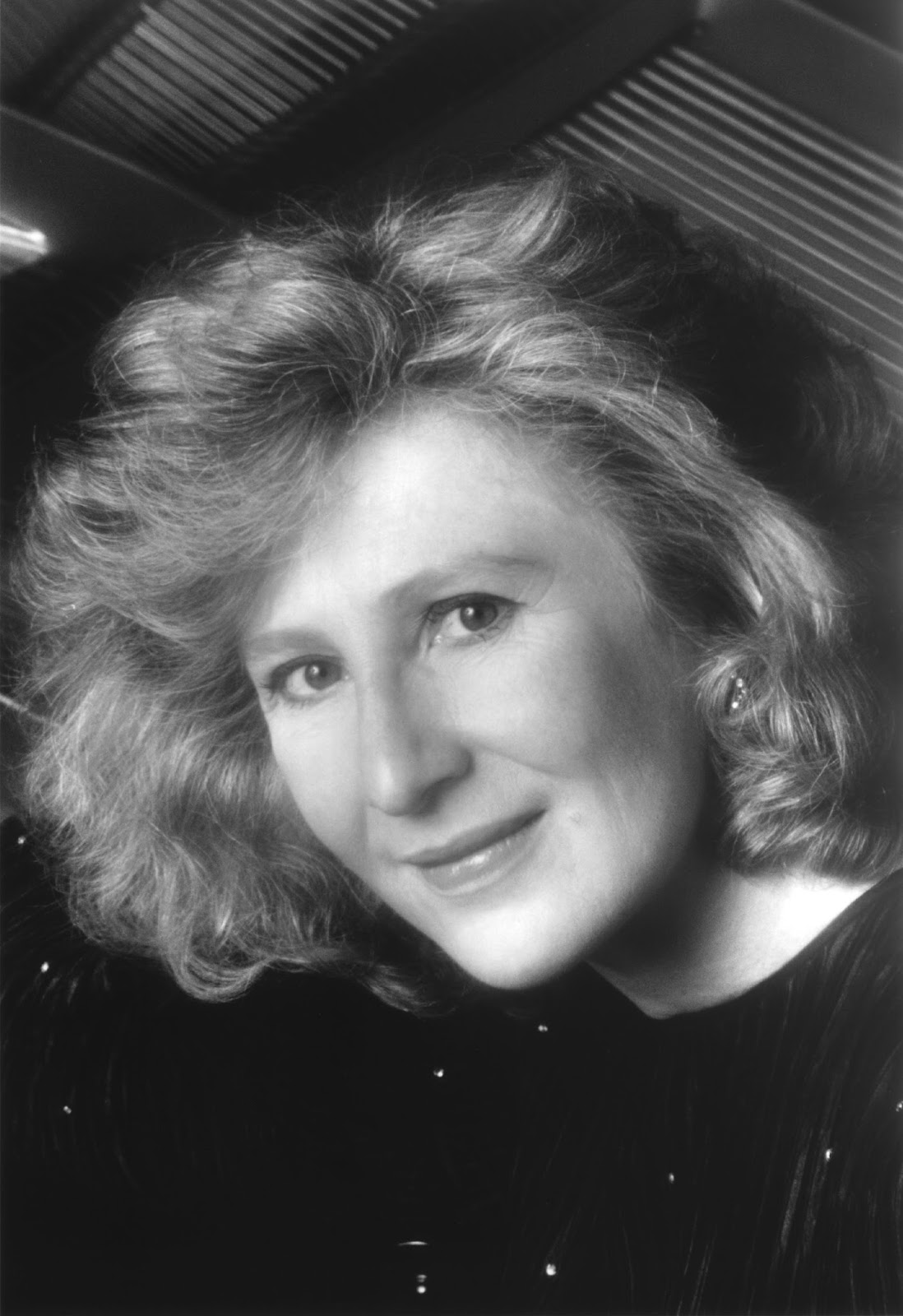 Ursula Oppens/Frederic Rzewski
CMS was a big tent that attracted classically-trained musicians like Oppens and Rzewski, whose careers in experimental classical music have included crossover collaborations with jazz musicians such as Anthony Davis and Anthony Braxton. Oppens (pictured right) had a more intimate connection to jazz through her personal relationship with the late sax player Julius Hemphill, also a brilliant musician and a CMS Guiding Artist.

James Emery/Leroy Jenkins
In their duet tracks, guitarist Emery and violin player Jenkins create a fascinating variety of textures and moods. Along with Billy Bang, Jenkins revived the use of the violin in jazz, taking it far beyond where players like Stuff Smith and Joe Venuti had left it. Jenkins invited Emery to New York in 1973 and they were soon active in CMS.

Oliver Lake
Lake, an alto sax player with a career that has seen collaborations with a broad array of other artists, was a CMS Guiding Artist from 1975 to 1984. The tracks here show the range of Lake's skills as a player, with his piercing tone, and as a composer who can move successfully in any number of directions and still hold the listener?s interest. (pictured below)

Olu Dara
Like his fellow Guiding Artists, trumpeter Olu Dara credits CMS with being a seminal part of his development. Dara started in the free jazz tradition but branched out in the late 90s into a style that incorporates blues, funk, rock and reggae. He is in top form on the tracks presented here, his playing at 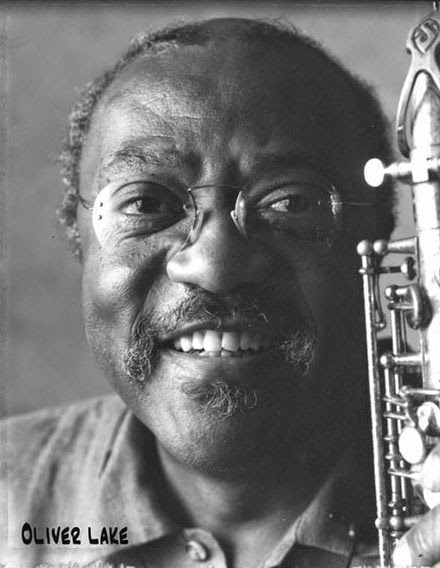 times dominating the group and at times reacting to it. It is also a rare opportunity to hear Dara working with a large ensemble and playing harmonica.

Roscoe Mitchell
Like Oliver Lake, Roscoe Mitchell is a senior statesman of jazz with a career as equally varied and full of exploration. Mitchell taught composition at CMS, inspiring a new generation of composers. His piece here moves between moods and instrumentation with a master's touch.

Ismet Siral
Siral was a jazz innovator in his native Turkey, participating in some of the earliest jazz groups there in 1953. While on vacation in New York with Don Cherry in 1978, he and Cherry visited CMS and Siral became a fixture at the Studio for two years. The tracks presented here show Siral's ability to blend improvisation and traditional Turkish forms.

Nana Vasconcelos
Vasconcelos brought from Brazil his skills as a percussionist and player of the berimbau, a highly expressive Brazilian instrument heard on one of these tracks. The other track showcases the call and response pattern heard in Brazilian vocal music and in many jazz compositions.

Foday Musa Suso
Suso, a kora player born in Gambia and based in Ghana, formed the Mandingo Griot Society in the late 70s along with drummer Hamid Drake, percussionist Adam Rudolph and bass player John Marsh, all artists associated with CMS, all with flexible musical boundaries. Foday is a direct descendent of Jali Madi Wlen Suso, the griot who invented the kora over four centuries ago.