The Line-Up For The
Annual LAMC Showcase at The Gramercy Theatre On Friday July 11th 2014
Featuring AJ Davila, Esteman, A Band Of Bitches,
The Wookies, Diana Fuentes and Los Macuanos

Today, La Banda Elastica announced the line-up for the annual LAMC showcase at the Gramercy Theatre, which will feature AJ Davila, Esteman, A Band Of Bitches, The Wookies, Diana Fuentes and Los Macuanos on Friday July 11th. See below for more detailed info on each artist.

The LAMC also offers free concerts at parks from Brooklyn to Harlem, plus intimate private showcases at iconic venues around the city and numerous industry panels with special guests. 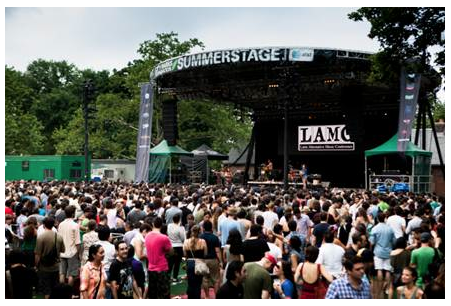 On Thursday July 10th, the LAMC will once again return to Celebrate Brooklyn at Prospect Park for a free show featuring Illya Kuryaki & the Valderramas, ChocQuibTown and RVSB.

More info on the artists performing at the LAMC showcase at the Gramercy Theater:

A Band of Bitches (Mexico)
Nominated in 2013 for a Latin Grammy for “Best New Artist,” A Band of Bitches are a mysterious, rambunctious, mask-wearing, party-friendly band that have rocked major festivals including Vive Latino, SXSW, Neon Desert and more. 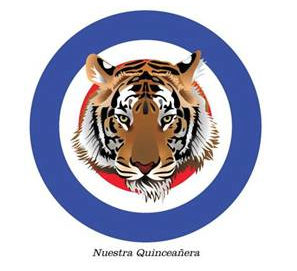 Esteman (Colombia)
Esteman is the name of a captivating audio/visual project out of Colombia that combines pop, disco, indie rock, and hypnotic choreography, and has collaborated with Andrea Echeverri (Aterciopelados), Natalia Lafourcade and Carla Morrison.

Los Macuanos (Mexico)
Combining elements of dark avant-garde electronic music with upbeat traditional Norteño instrumentation, Los Macuanos are a trio of DJs from Tijuana whose sound echoes a once hedonistic lifestyle, taking cues from the rave era of the late 90s, revisited with introspection and nuance.

The Wookies (Mexico)
The Wookies (who dress the part, wearing Chewbacca masks as they take to the DJ booth) is a band out of Mexico making waves in the electronic/techno music scene both at home and abroad, having rocked crowds alongside The Chemical Brothers, Die Antwoord, Steve Aoki and many others.