TORONTO - Tapestry, in co-production with Edmonton Opera, present the Toronto premiere of SHELTER by Julie Salverson and Juliet Palmer, June 12-15 at the Berkeley Street Theatre. 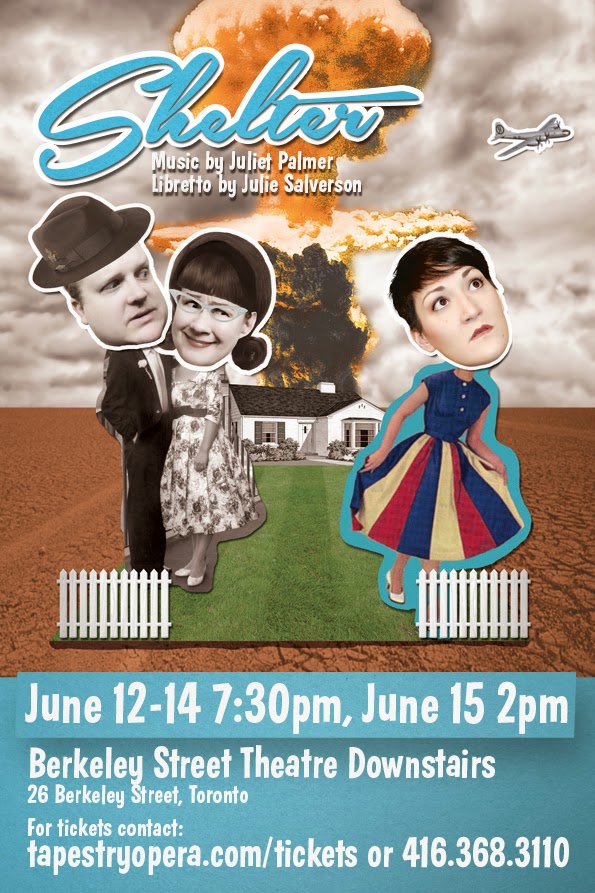 Flirting with the dangerous beauty of science, SHELTER, a darkly comic chamber opera, maps the journey of a family struggling to be ordinary in the atomic age. Under the enlightened guidance of physicist Lise Meitner, Thomas and Claire fall madly in marriage, and birth a glowing daughter called Hope.  Hidden away for 21 years, Hope finally emerges to find a mysterious man at her door with a destiny to fulfill.

Hailed as an 'intriguing, darkly comic fable' by the Wall Street journal and a 'remarkably provocative production' by the Calgary Herald, SHELTER received its world premiere in Edmonton in 2012, ten years after Julie and Juliet met at Tapestry's composer/librettist laboratory.

Along with SHELTER, Tapestry is presenting a series of free Nuclear events to enhance the theatre-going experience, including Atomicalia, a curated exhibition of material culture items featuring atomic symbols and labels; and an explosive Symposium of pre-show talks.

Atomicalia exhibit seeks to discover how pervasive and successful nuclear images, iconography, themes, and identities have been at entering our daily lives, often without conscious recognition. The exhibit demonstrates how we have domesticated nuclear imagery in our patterns of consumption from the early Cold War through to the present. Atomicalia  will be exhibited throughout the run, in the Berkeley Street Theatre lobby.

From June 13-15, the Atomic Symposium takes place with free pre-show talks:
A Jumble of Paths: a reading with Julie Salverson and Peter C. van Wyck, with John O'Brian
For nearly a decade Salverson (playwright and drama professor) and van Wyck (writer and professor of communication studies) were travellers together on the highway of the atom. What emerged was a dialogue between disciplines.¨ 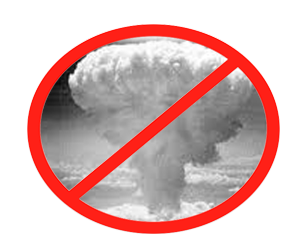 Responding to the Nuclear Present I with Dr. Robert Jacobs and Dr. Mick Broderick  with John O'Brian
Professors Jacobs and Broderick have been working for the last five years on the Global Hibakusha Project, assessing the cultural and social effects of radiation exposures on communities, families and individuals. This work has led them to conduct oral histories in radiation affected communities around the world, primarily nuclear weapon testing sites, nuclear production sites, and nuclear power plant accident sites.

Responding to the Nuclear Present II with Gordon Edwards and Robert del Tredici, moderated by Blake Edwards
This session will feature a mathematician and a photographer - both of whom have been working on nuclear issues for over 30 years - addressing how they take measure of the contemporary nuclear predicament.