I found myself humming the tune to Pretty Girls and some of the other songs on Eric Frisch's release Goodbye Birdcage hours after I'd listened to the CD. Eric's obvious love of that bright, innocent pre- and 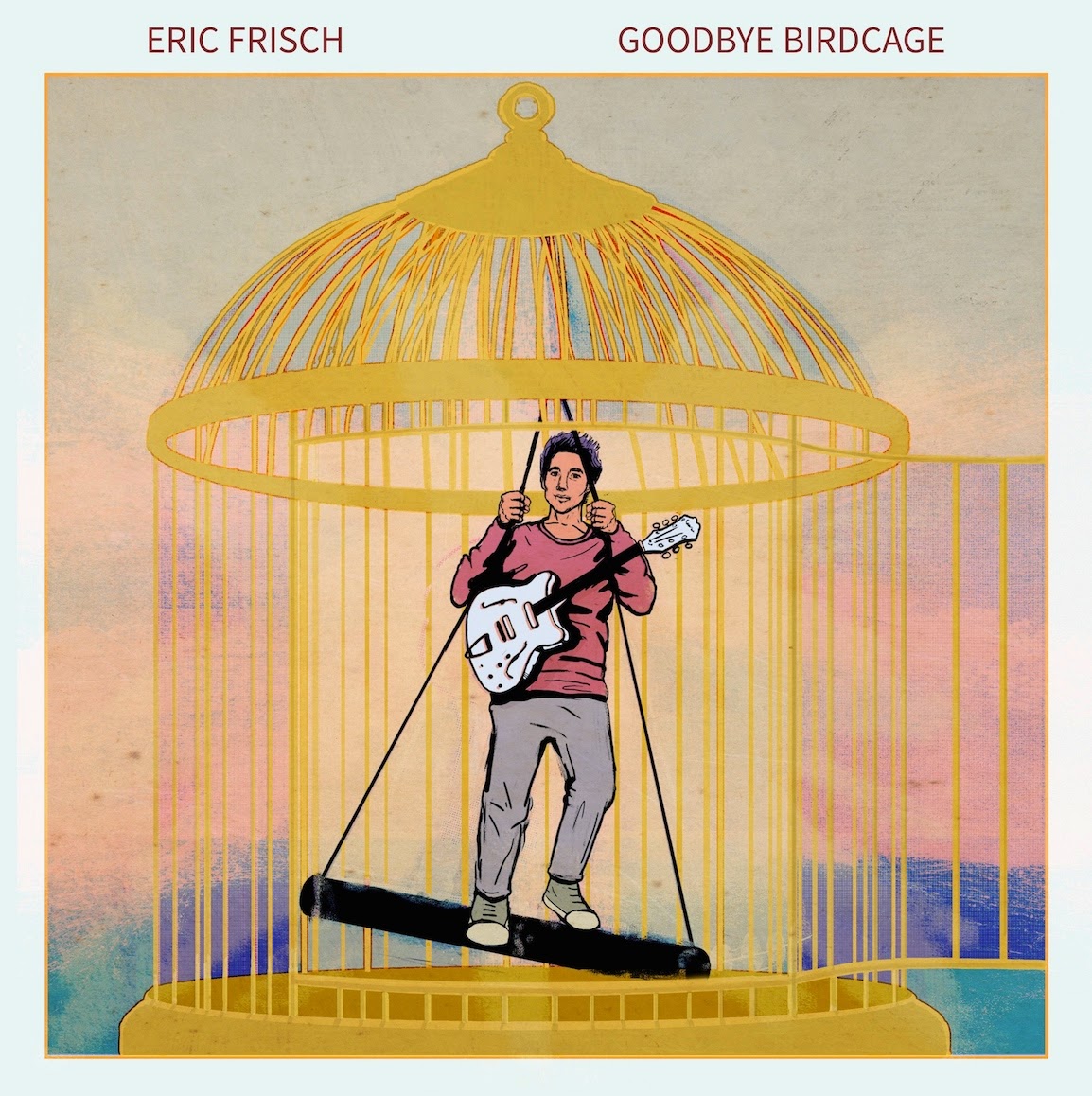 He lists his many influences from the Beatles, Beach Boys, Sam Cooke and the Four Tops to Bob Dylan and Jackie Wilson and credits his parents back home in Toronto for introducing him to the music early on. He's been in New York City for two years now and released Goodbye Birdcage at a concert at Webster Hall. The self-produced release is his first full-length CD.

Naturally, it features a sixties pop standard instrumentation of the classic four-piece guitar-drums-bass-vocals along with a horn section and back-up chorus here and there. His vocals are pop-lite and convey the appropriate youthful longing and angst through a trippy and rose-coloured lens. The lyrics are G-rated - no tales of brushing your teeth in whisky  here - with a thread of understated humour in some songs like Telephone. The song follows the telephone tag adventures of lovers who can't quite get together for years but then ends with the pair in one house and throwing out the phone.

He does capture the upbeat innocence of that era with a straight-faced take on it and a more modern sensibility to the lyrics. It's easy to find yourself swaying back and forth or tapping a finger to the catchy melodies. The title track is an inspirational pop ballad that features piano and a more soulful, heartfelt vocal approach.

"Goodbye Birdcage is a throwback to 50s and 60s pop productions. I wanted to create an album that was true to my biggest influences like the Beatles and the Beach Boys and reminiscent of the classic Motown sound. I wrote all of the songs in a two week span, and I wanted the album to tell a story. The title track, “Goodbye Birdcage,” is about leaving my home in Toronto behind and moving to New York City to pursue music," says Frisch in a media release.

The rhythm section trips along underneath the melodies in songs with a repetitive structure, with an easy to figure out chorus that you might be singing along to. 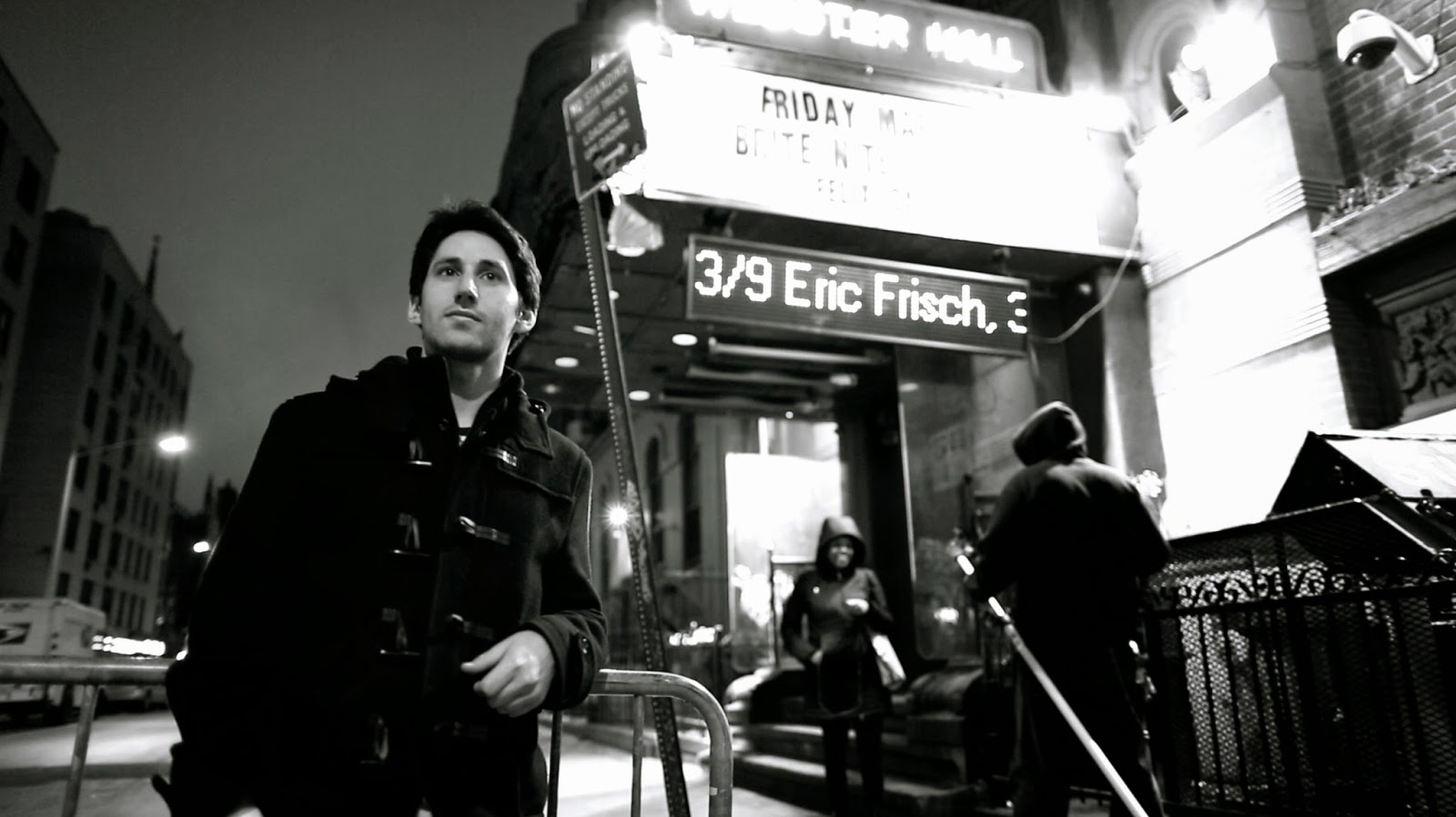 The drawback in a single artist recording all the parts to the all the songs is that it can miss the synergy of energies that will happen in a band or even in the studio. In The Sun in Santiago, there's a nice, jazzy arrangement with horns that gives a nod to Fifties-era pop-rock but the vocals float on top of it, curiously separate from the groove. They don't swing with the music and it has a kind of dulling effect.

There's a Celtic flair in the song Heaven Only Knows, but it's muddied by an odd arrangement with whistling crowds in the background and a fuzzy back-up chorus. The country-rock swing of Stick Around and Mary Ann - an uptempo ode to the woman who turns a boy into a man - works more succesfully.

All in all, Goodbye Birdcage is easy on the ears, hum along pop music. The last track, All Over Town is a highlight. Here all the pieces come together seamlessly in a love song where...