Electro Latin:
HECTOR GUERRA presents the new video of the new song from his upcoming new album to be released January 2015 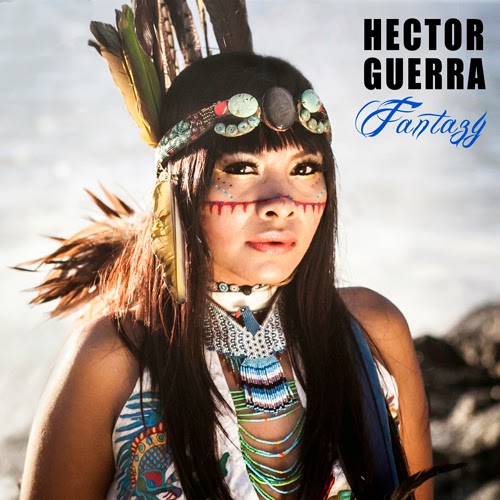 Los Angeles, CA - July 9th.- FANTAZY is the first single of HECTOR GUERRA's upcoming new album, which will be called "Desde el Infierno" [From Hell"] and it will be released in January 2015.

One of the major figures of Electro Latin takes us through a musical trip with FANTAZY, which goes from the elements of Cumbia, Banda Sinaloense, Dancehall, Trap,  House, Reggae, and Hip Hop. This first single has been produced at Artco Studios (México Df)  by Marco Moreno (The Who, Paulina Rubio,  Wyclef Jean, London Symphony Orchestra, Moderatto, Natalia Lafourcade)

The video was beautfully shot in the Coast of Nayarit, Mexico and was directed by Benjamin Ramauge and Eva Aguilera.

FANTAZY comes out after an extensive two-year tour, presenting his first album AMOR, which was praised as one of the best independent latin album of 2012.

Amor Tour took Héctor Guerra through México, USA and Europe, taking with him a Bomba De Amor (Bomb of Love) to a lot of cities around U.S. and Mexico, to Paris and Toulouse and as the opening acts for shows with Molotov and PanteÃ³n RococÃ³ among many other. In addition, Héctor Guerra took part of prestigious international festivals such as  SXSW in Texas, and in front of thousands of people at Cumbre TajÃ­n, Veracruz (México) or Festival Rio Loco in Toulouse, in front of over 50,000 people  with the Grammy nominated band, Sistema Bomb.


The tour dates for Héctor's upcoming U.S. Tour will be released shortly.