• Check out the complete line-up, including workshops, family activities & more

TORONTO, ON – From the African continent to the shores of Lake Ontario, Batuki Music Society invites Toronto and its visitors to the inaugural Habari Africa festival, a free multi-disciplinary music and arts festival that displays the rich and diverse culture of Africa from July 18-20.

Habari Africa will feature a mix of traditional, fusion and emerging music and dance styles performed by musicians based in Canada, as well as international touring groups. Batuki Music Society will display an authentic African experience through presentations and workshops that celebrate the uniqueness, wealth and diversity of African music, arts and culture.

“Like the country’s landscape, African culture is large and diverse in ways that cannot be fully appreciated until an individual has actually immersed oneself within it,” shares Nadine McNulty, artistic director of Batuki Music Society. “By drawing on various modern and ancient expressions of stories used across Africa, our hope is that we bring a truly authentic reflection of modern Africa to Toronto’s waterfront.”

Be it the rhythm and variety of African music or the taste of exquisite African-inspired cuisine, the Habari Africa festival is a chance for people of all ages to experience a continent and culture that is home to 15 per cent of the world’s population. Join Batuki Music Society and Harbourfront Centre for a weekend of exploration and engagement with the art, sounds and tastes of Africa.

Emmanual Jal (Batuki Music Society)
Saturday, July 19, 2014 from 10:00 p.m. to 11:00 p.m. – WestJet Stage
In the war-torn region of Southern Sudan, Emmanuel Jal was born into the life of a child soldier on an unknown date in the early 1980s. Through unbelievable struggles, Emmanuel managed to survive and emerge as a recording artist, achieving worldwide acclaim for his unique style of hip hop with its message of peace and reconciliation born out of his personal experiences.

Evolution (Batuki Music Society)
Saturday, July 19, 2014 from 9:00 p.m. to 9:45 p.m. – Redpath Stage
In the beginning came movement and the movement became "DANCE". Dance is embedded in African tradition stemming from our cultural heritage and passed down through generations and then shared via migration and technology. This is where traditional movements become part of the contemporary world and our modern life. When life comes full circle, the rhythms from our traditional instruments and ritualistic movements bring praise to our ancestors.

Kwame Nkrumah’s Rise and Fall – A Stage Play by Kwame Stephens
Saturday, July 19, 2014 from 7:00 p.m. to 7:45 p.m. – Brigantine Room
Who was Kwame Nkrumah? What did he stand for? What was his legacy? Kwame Stephens' new one act play "Kwame Nkrumah's Rise and Fall" explores these questions. The play looks at Nkrumah through his own eyes and that of his mother Nyanibah.  Part of Kwame Nkrumah's legacy was being black Africa's first president who led the nation to independence on March 6th 1957 at the heart of the cold war era. Many nations would gain political independence after Ghana - a significant part of Pan African history that matters to black people/Africans in the diaspora. Using multimedia and live music this theatrical piece will "edutain" a cross section of audiences.
There will be a Q & A with the playwright, Kwame Stephens, immediately following the performance. 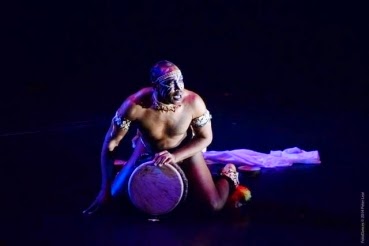 Wake Up Madagascar Africa (Batuki Music Society in association with Nouvelle Afrique Musique)
Friday, July 18, 2014 from 7:30 p.m. to 9:00 p.m. – WestJet Stage
A magical concert experience with a mission: to end illegal logging in the rainforests of Madagascar. The Wake Up Madagascar tour features Malagasy star Eusebe Jaojoby, supported by an all-star lineup including Razia, Charles Kely and Saramba, creating an uplifting celebration of salegy music. With its heart-pounding rhythms, rippling guitars, lush vocal harmonies, bouncy accordion and hip-shaking dance moves, salegy represents the soul and spirit of the “Red Island”.

Amadou Kienou (Batuki Music Society in association with Nouvelle Afrique Musique)
Friday July 18, 2014 from 9:00 p.m. to 9:30 p.m. – Redpath Stage
Amadou Kienou was born into one of Burkina Faso’s legendary musical families and received his artistic education from his father and grandfather. As a child he showed remarkable talent, quickly developing a distinctive drumming style on the djembe and tama.  The varied repertoire of griot and master djembefola Amadou Kienou consists of dances and musical soundings of the Mandingue rhythms, some of which he has adapted for the drum, such as: Senoufo, Senegalese, Peul, childhood songs, love songs and rhythms from the forest.

Black Bazar (Batuki Music Society in association with Nouvelle Afrique Musique)
Friday July 18, 2014 from 9:30 p.m. to 11:00 p.m. – WestJet Stage
BLACK BAZAR Black Bazar is a musical concept introduced and produced by the writer Alain Mabanckou in 2012 with the support of the label Lusafrica, and managed by Caroline Blache. The first album featured a return to the musical roots of Congolese Rumba. The numerous artists involved in the project were hailed as “the new masters of the African scene in Paris.

Toumkak Drummers (Batuki Music Society in association with Nouvelle Afrique Musique)
Saturday, July 19, 2014 from 1:30 p.m. to 2:00 p.m. – Redpath Stage
The Toumkak Drummers are a high-energy percussion group. They are led by musician/percussionist Njacko Backo of Cameroon. The group blends the rich rhythms and deep spirituality of Central and West Africa into a lively interactive performance with their audience.

Mawa J and Rasselas (Batuki Music Society in association with Nouvelle Afrique Musique)
Saturday, July 19, 2014 from 5:00 p.m. to 5:30 p.m. (Mawa J) & 5:30 p.m. to 6:00 p.m. (Rasselas) – Redpath Stage
Mawa J is a new breed of young artist who has developed a hybrid form of hip hop which is rich with traditional African rhythms and sounds. Ethiopian-Canadian Hip-Hop artist Rasselas is known as a pioneer in his field, crafting original beats and lyrics that reflect on the Abesha lifestyle, from Ethiopia to North America.

Nhapitapi Mbira (Batuki Music Society) –- Redpath Stage
Sunday, July 20, 2014 from 4:00 p.m. to 5:00 p.m.
Nhapitapi Mbira (Pure Sweetness) is a Toronto based Zimbabwean Music Movement, who specialize in rich old musical and dance traditions from Southern Africa.  Nhapitapi music is centered around Mbira, an instrument that has been played in Zimbabwe for hundreds of years.

Afrafranto – Toronto Kings of Highlife and Palm Wine (Batuki Music Society)
Sunday, July 20, 2014 from 4:30 p.m. to 6:00 p.m. – Westjet Stage
Afrafranto which means Butterfly in the Akan language of Ghana perform authentic palm wine and highlife music. Afrafranto has grown into a dynamic group that has entertained audiences over the past few years with their dance-driven music and electric performances. 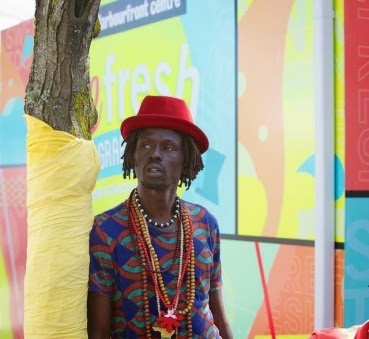 War Child (Batuki Music Society)
Saturday, July 19, 2014 from 6:00 p.m. to 7:35 p.m. (Q & A) from 7:35 – 7:50 p.m. Studio Theatre
War Child, an award-winning documentary directed by C. Karim Chrobog, chronicles the tumultuous, shocking, inspiring, and ultimately hopeful odyssey of Emmanuel Jal. A former child soldier of Sudan’s brutal civil war, he is now an emerging international hip hop star sharing a message of peace for his war-torn land and beloved Africa.
There will be a Q & A with Emmanuel Jal, immediately following the performance.

The Last Song Before the War (Batuki Music Society)
Sunday, July 20, 2014 from 4:00 p.m. to 5:30 p.m. – Studio Theatre
Hosted by Jacques Touré
The Last Song Before the War captures the inspiring rise and uncertain future of Mali's annual Festival in the Desert told by the Festival director, musicians who perform, and intrepid travelers who journey to Timbuktu. Against the backdrop of stunning music, the film subtly reveals the challenges and triumphs of creating an artistic event in challenging political and economic times. After 12 years of success and unforgettable musical moments, the Festival in the Desert came to a halt in 2012 when separatist rebels and Islamic militants seized control of Northern Mali. The Last Song Before the War chronicles the 2011 Festival, arguably the last edition that still captured its original goals – a global display of peace, reconciliation, and the healing power of music.