Melbourne-based, world-conquering originators of vintage Bollywood-inspired surf, spy, disco and funk, The Bombay Royale, have unveiled a new single with a bold new video. Henna Henna is the first glimpse of 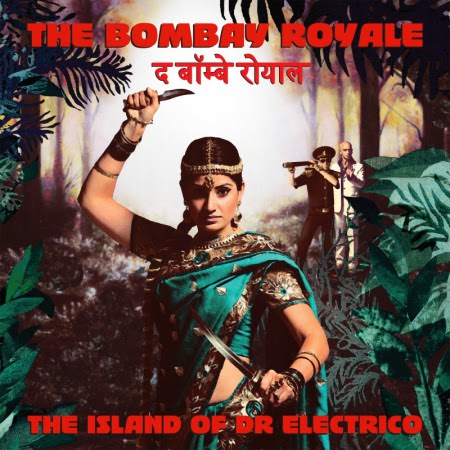 their latest album, The Island of Dr Electrico (out July 8 on HopeStreet Recordings via Kudos).

A sweeping, exhilarating romp sung in Bengali with raunchy wild-west flourishes, Henna Henna is The Bombay Royale’s first single from their much-anticipated second album. The “high concept” (pun intended) film clip for Henna Henna, directed by Kess Broekman-Dattner (The Bamboos / Hermitude/ Clare Bowditch), depicts The Mysterious Lady and her crack team’s efforts to rid the dastardly Skipper of the key to his secret lair and rescue the Tiger, on a private jet somewhere above the Pacific Ocean.

It’s a mischievous introduction to The Island of Dr Electrico, the extraordinary new musical safari and second album from The Bombay Royale. The Island of Dr Electrico is a varied musical landscape, at times lush and tropical, at other times an impenetrable swamp teeming with all manner of surprises. Migrating seabirds have long flown thousands of extra miles avoid Dr Electrico’s blighted isle, leaving him alone to experiment with 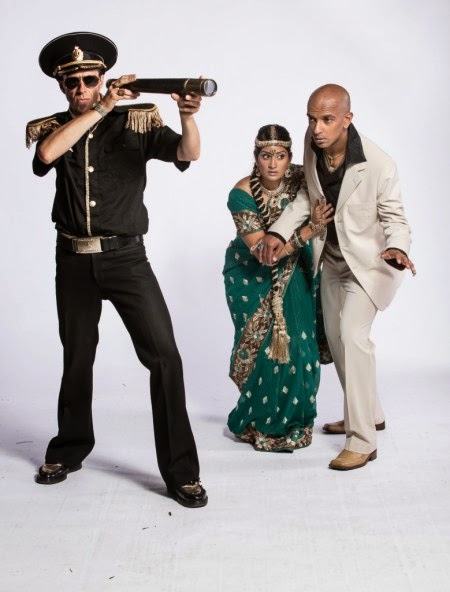 dark beats, primitive synthesizers and the raw emotion of kidnapped souls. The resulting sounds are a rich palette of classic cinema, from lonesome spaghetti to surf-rock, from psychedelia to spine-bending space disco, overlaid with the voices of our protagonists The Tiger and The Mysterious Lady.

From their unlikely beginnings in the suburban wilds of Melbourne Australia, The Bombay Royale have taken their unique sound to audiences throughout Europe, UK and the USA, where their performances have been met with astonishment and critical acclaim. The band has announced a Melbourne album launch party over two nights at Howler on Friday June 20 and Saturday June 21, with announcements to follow of a national album tour and building on the band’s immense overseas achievements since their breakthrough debut, You Me Bullets Love (HopeStreet Recordings, 2012).

The Bombay Royale’s music featured in new Far Cry 4 game. The latest in the Far Cry series from Ubisoft is set in the Himalayas and features some music from The Bombay Royale.  Watch the trailer below which features the title track from the band’s first album You Me Bullets Love  (warning: strong violence)