Remixed by KCRW DJ Jeremy Sole, "African Thriller" is the first single from the African star's new album Branches of the Same Tree, which will be released in early 2015 on Cumbancha.

• BUY NOW AT THE CUMBANCHA STORE

"African Thriller", the first single from African music star Rocky Dawuni's forthcoming album Branches of the Same Tree, has been launched today worldwide. The single announces the Ghanaian star's new signing to Cumbancha, which will be releasing Rocky Dawuni's new album in early 2015. Dawuni will be appearing 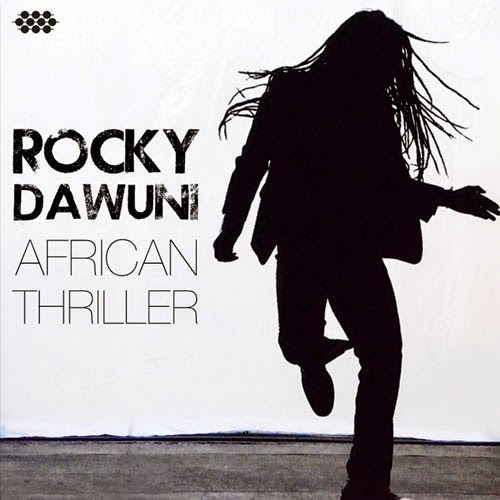 LIVE on KCRW's Morning Becomes Eclectic today at 11am PST to publicly launch the single. Live streaming is available worldwide at kcrw.com. A new music video for the track will be premiered later this summer.

"African Thriller" embodies Rocky Dawuni's unique "Afro-Roots" sound, a funky blend of soul, pop, Afrobeat and reggae grooves that have made him a household name in his native Ghana and earned him a wide following across the globe. Jeremy Sole, a DJ, producer and host on the taste-defining Los Angeles radio station KCRW, remixed the single version of "African Thriller". Sole has previously remixed tracks for Femi Kuti, David Bowie, Thievery Corporation, and Quantic, among others.

Rocky Dawuni is a musician and humanitarian activist from Ghana, West Africa. Named one of Africa's Top 10 global stars by CNN, his recordings and thrilling live performances have attracted thousands to his concerts around the world at top festivals and prestigious venues such as The Kennedy Center in Washington, D.C. and The Hollywood Bowl in Los Angeles. Dawuni has collaborated and performed with Stevie Wonder, Peter Gabriel, Bono, Jason Mraz, Janelle Monae and John Legend, among many others.

Dawuni's eloquence, cultural diplomacy and successful melding of music and activism have led him to become a passionate spokesperson for various global causes. He has joined forces with Product (RED), UNICEF, the Carter Center and the UN Foundation. In 2012, Dawuni was appointed the Tourism and Cultural Ambassador of Ghana and World Ambassador for the Musicians Union of Ghana. The same year, 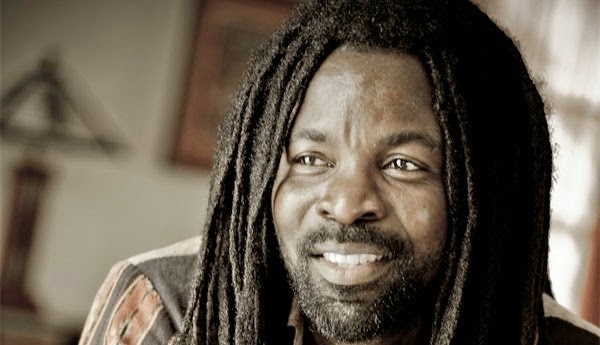 he was named a United Nations Foundation Ambassador for the Global Alliance for Clean Cookstoves, alongside actress Julia Roberts and chef José Andrés.

Rocky Dawuni's sixth album, Branches of the Same Tree, is currently in the final stages of production and promises to bring him an even wider international audience. Influenced by the soulful beats of Afrobeat legend Fela Kuti, the positive messages and deep grooves of Bob Marley and the infectious, sing-along anthems of Michael Franti, K'naan and Matisyahu, Rocky Dawuni's songs straddle the musical boundaries between Africa, the Caribbean and the US to create a universally appealing sound that unites generations and cultures.
african music cumbancha ghanaian musician reggae west african miusic world music