Toronto, ON – To celebrate the first six months in their permanent home, The Theatre Centre today revealed 2014 programming highlights. Two productions developed in residency will animate the live arts hub

Development of new artists and their work has always been an integral part of The Theatre Centre’s mandate, whether it’s through providing space, subsidy or mentorship within the cultural sector. Since opening their permanent home, The Theatre Centre is delighted to be able to highlight a selection of their residency partnerships through programming.

“We’re constantly working with artists at different points of project development in their relationship with The Theatre Centre,” said Franco Boni, general & artistic director. “By working with artists and groups in residency, we can provide them with funding and mentorship to nurture ideas still in infancy. Our new space means we’re able to further that support by giving them a stage for their work.” 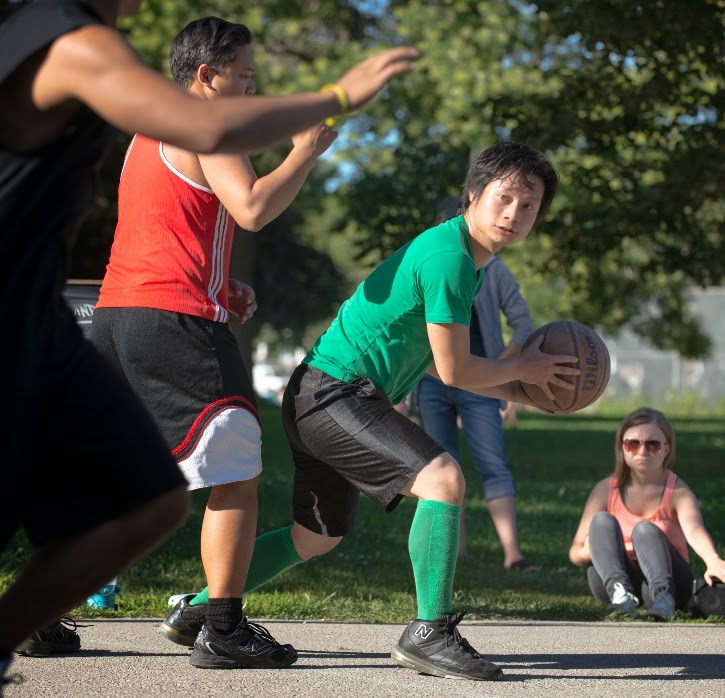 Created and performed by 6th Man Collective, the interactive basketball performance, Monday Nights, tips off Sept. 5 and runs until Sept. 20. In the summer of 2008, five guys came to the basketball court at Queen’s Quay and Bathurst. Religiously, every Monday night, they stayed until the lights turned off.  Now, audiences will meet these guys on the court at The Theatre Centre, to join in their basketball bromance. With opportunities to join the team and show off your best slam dunk, or to just watch, everyone is welcome.

Next is Bloody Family (Sept. 26 to Oct. 5), a story of a family ripped apart by idealism. Philip McKee and Tanja Jacobs’ personal and volatile adaptation of the ancient Greek tragedy The Oresteia is an experimental work that contrasts compassion with necessity, and examines the birth and failure of justice. A father kills his daughter for honour, a wife kills her husband for revenge, and a son kills his mother for justice.