Toronto, ON (September 16, 2014) - Art Toronto is celebrating its 15th anniversary this October 24 – 27 at the Metro Toronto Convention Centre, with a refreshed fair design featuring more than 100 select

galleries, and an ambitious curatorial series that includes large-scale installations by prominent Canadian artists including BGL, Marman & Borins, Amalie Atkins, VSVSVS, and Thrush Holmes. This will be the first time several of these pieces will be shown in Toronto, and in Canada, thanks to the combined efforts of Art Toronto, artists, galleries, and sponsors. 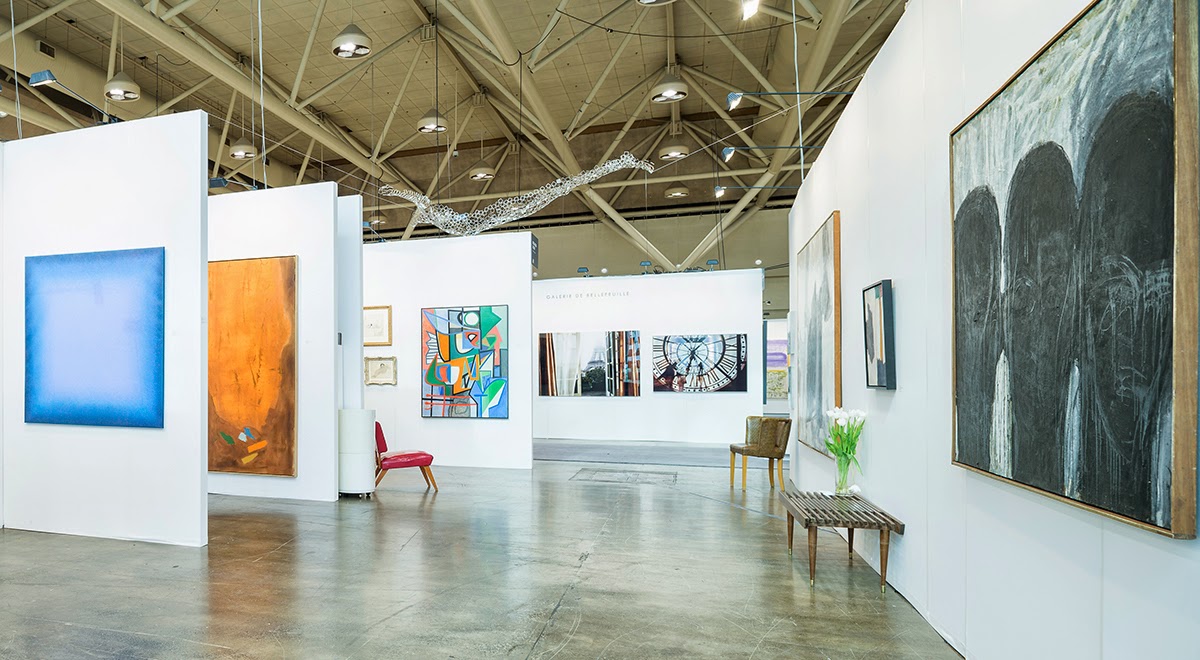 The piece continues BGL’s ongoing investigation of crowd barriers and their relationship with collective values and cultural patterns. With its appearance at Art Toronto, Canada de Fantaisie/Canada Fancy is making a return visit to this city. First conceived for the huge survey exhibition Oh, Canada, held at MASS MoCA in North Adams, Massachusetts in 2012-2013, the work was assembled at York University, where BGL was the sculptor-in-residence. A team of ten fine arts students helped to finish it.

Jasmin Bilodeau, Sébastien Giguère and Nicolas Laverdière, whose names lend their initials to BGL, have been collaborating for almost twenty years to create ambitious and often humorous works of art. Their elaborate sculptures, installations, and performance works offer an original take on social and political issues, including consumer culture, contemporary values, the art establishment and the environment. Reacting to the increasingly digital age, BGL takes a distinctly DIY approach, tinkering, playing and enjoying the “poetry of materials.”

BGL has participated in numerous solo exhibitions in Canada and around the world. They will be representing Canada at the prestigious 56th International Art Exhibition La Biennale di Venezia in 2015 in a presentation organized by the National Gallery of Canada. Marie Fraser, of the Université du Québec à Montréal, is the guest curator. The Venice Biennale is among the most important contemporary art events in the world, and the only international visual arts exhibition to which Canada sends official representation. The Presenting Sponsor of the Canada Pavilion in 2015 is RBC Wealth Management, with major support provided by Aimia.

BGL’s works are included in the collections of the National Gallery of Canada, the Montreal Museum of Fine Arts, the Musée national des beaux-arts du Québec, the Musée d’art contemporain de Montréal, and in many private and corporate collections including RBC, Aimia, and The Granite Club. 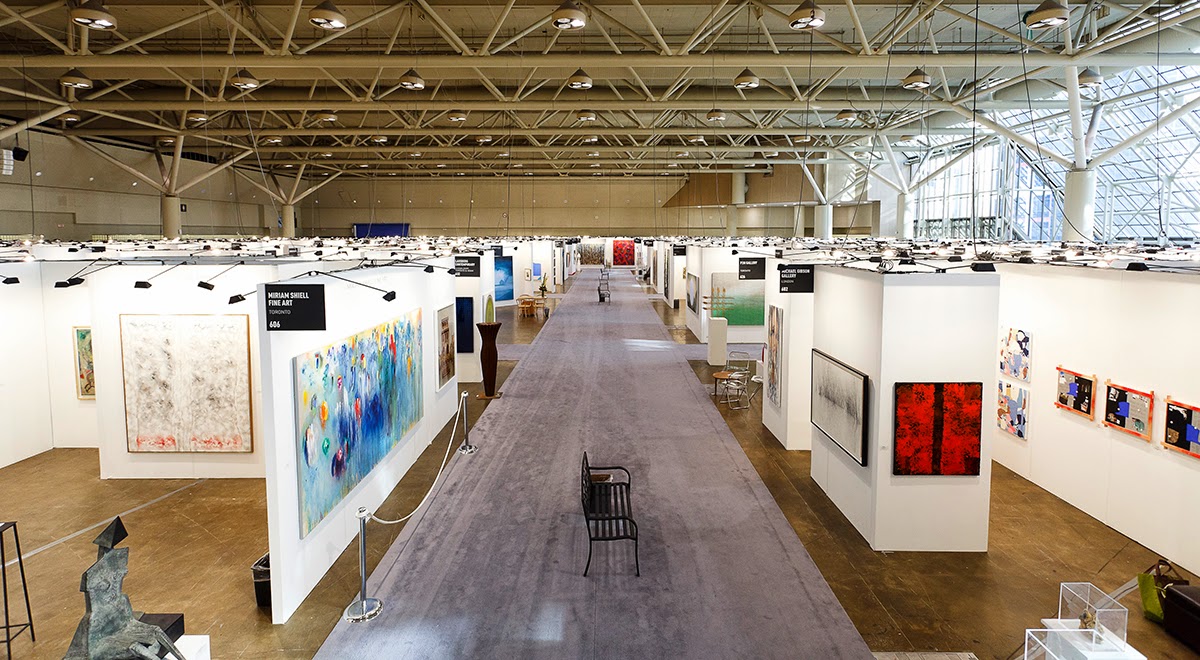 Jennifer Marman and Daniel Borins (Marman & Borins) have been creating large-format sculpture, installation, mixed media, and electronic art since 2000. They have exhibited nationally and internationally, including exhibitions at the National Gallery of Canada, the Art Gallery of Ontario, Cristin Tierney Gallery, New York and most recently, the Nicaragua Biennial. Currently, they are producing several large-scale public art projects, including commissions for the Toronto Transit Commission and Waterfront Toronto's Pan Am Village. Marman + Borins are represented by Cristin Tierney, New York. 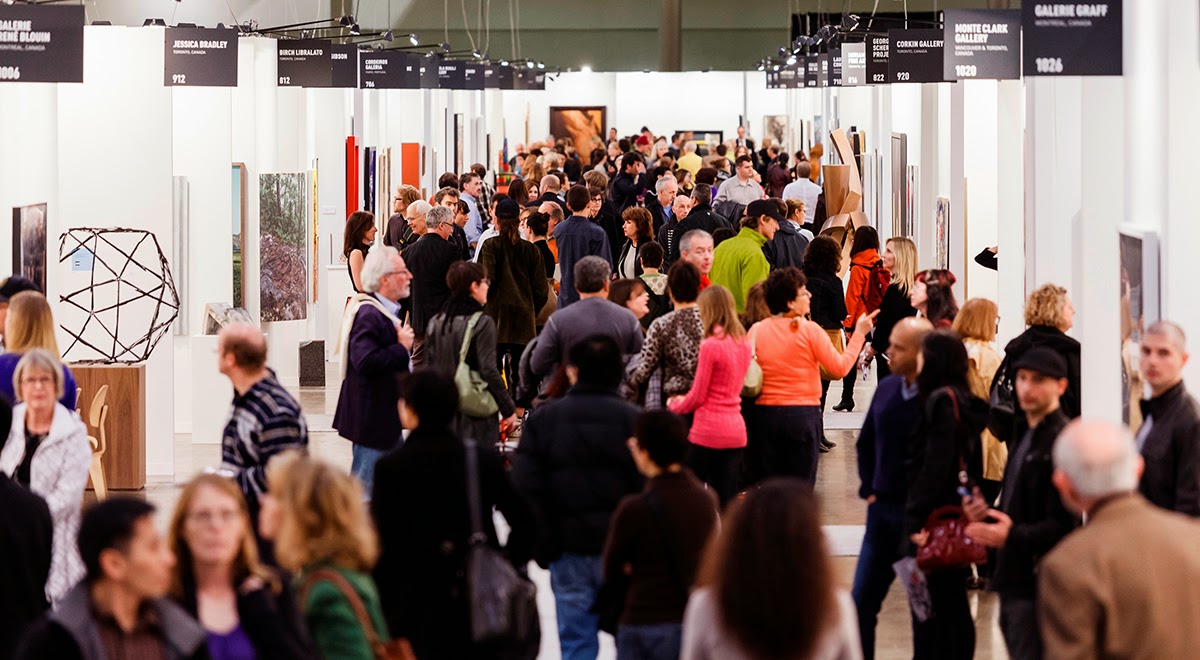 Amalie Atkins, Three Minute Miracle
Three Minute Miracle (2008) is a significant installation work previously featured in the Oh, Canada exhibition of contemporary Canadian art at Mass MoCA. The piece is comprised of a 10-foot diameter tent within which a 13-minute looped video is projected. Wrapped with thick felt, the darkened tent allows viewers to escape into the story, momentarily pulling the viewer away from the cacophony of the fair. Telling a story of cakes, wolves and rotten teeth with a simple soundtrack of piano accompaniment enhanced by two short vocal choruses, the video has a humorously dreamy yet ominous feel. The tent is handmade by Atkins from cream-coloured felt, ringed at its ceiling by red pendant flags. Visitors will be invited to don felt boots or simply stride into the tent as they enter to view the film.

VSVSVS, Nap Station
Nap Station is an on-site lounge created specifically for Art Toronto by Toronto artist collective VSVSVS (Booth # 917).  The space is both a functional rest area for guests, and a cheeky response to the physical and social environment of the art fair.

“We know what it’s like out there under the bright lights, shoes pattering against the carpeted floor, people everywhere and a million paintings. Come to VSVSVS’ nap station to enjoy a much-needed respite from the stress of art. Lay your weary head to rest and let the buzzing of the crowds become a gentle, soothing white noise. We can’t turn day to night but we will have curtains. Schedule an appointment; drop-ins welcome.”

VSVSVS (pronounced “versus versus versus”) is a seven-person collective and artist-run centre based in the Toronto Portlands. Formed in 2010, the group’s activities encompass collective art making, residency programs, a formal exhibition space, and individual studio practices. Collective members include Stephen McLeod, Laura Simon, James Gardner, Miles Stemp, Wallis Cheung, Ryan Clayton and Anthony Cooper. VSVSVS’s collective work focuses on the collaborative production of multiples, drawings, video works, sculpture, installations, and performance. An open framework allows each member to play to different interests, while contributing to a common goal. Working with seven heads is an experiment in being together too much and making things constantly.

VSVSVS recently participated in Mercer Union’s Taking [A] Part and Platforms Projects at Art Athina in Greece, and Yan Wu’s This Area is Under 23 Hour Video and Audio Surveillance, currently on view at Jackman Humanities Institute, University of Toronto. Upcoming projects include an exhibition with Niagara Artists Centre and a residency at Centre Bang in Chicoutimi, Quebec. VSVSVS would like to acknowledge funding support from the Ontario Arts Council, an agency of the Government of Ontario.

Two VSVSVS members, James Gardner and Wallis Cheung, are 2014 RBC Painting Competition finalists. Paintings by Gardner and Cheung will be on display at Art Toronto alongside fellow finalists in the RBC Wealth Management VIP Lounge.