Piers Faccini and Vincent Segal met in Paris in the late 1980s and have been friends ever since. Songs of Time Lost is their first joint album. Using voice, guitar and cello and a variety of languages (including English, Neapolitan dialect and Creole), the album brings together original compositions, traditional songs and some 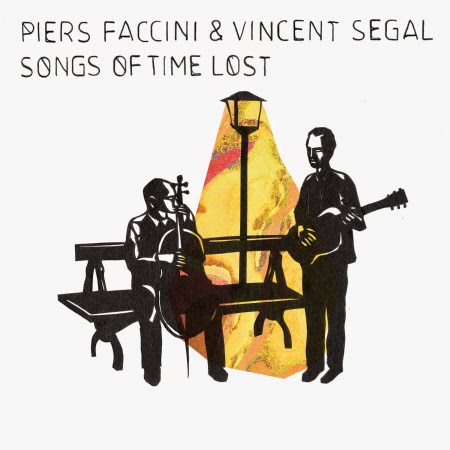 covers. “It feels like a reunion,” says Vincent, “even though we never really lost touch over the years.”

At the time of their original meeting, Piers was a painter and student at the Paris Beaux-Arts and Vincent had just left the Conservatoire. Vincent was immediately taken by Piers’ vocals: “I wanted to find ways to support his voice, to envelop his words.” Piers later went on to launch his first solo album in 2004, Leave No Trace, which Vincent produced. His many subsequent solo releases have drawn rave reviews from critics around the world, including his most recent album, Between Dogs and Wolves, which was released in North America by Six Degrees Records in 2013. Meanwhile, Vincent started to develop his band Bumcello, as well as a myriad of other projects, including the popular album, Chamber Music, recorded with kora master Ballaké Sissoko.

Songs of Time Lost weaves together many musical strands, made up of both artists' diverse influences. There is the blues that Piers first heard from Mississippi John Hurt (“Make Me a Pallet on Your Floor”), a composition by Alain Peters from the island of La Réunion (“Mangé pou le coeur”), a country waltz by Townes Van Zandt (“Quicksilver Daydreams of Maria”) and an instrumental theme by the Berlin composer Friedrich Holländer (“Wenn ich mir, was wünschen dürfte”). There are also the melodies of the traditional Neapolitan repertoire, which are favorites of Piers, who is of Anglo-Italian lineage (“Jesce sole,” “Villanella di cenerentola,” “Dicitencello vuje,” “Cicerenella” and the contemporary “Cammina cammina” by Pino Daniele). 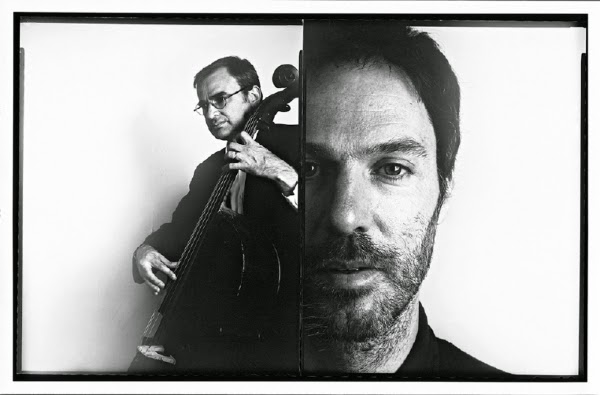 Both musicians also draw from their own repertoires for the album. This includes two songs dating back to 1996, which Piers originally wrote for a film soundtrack (“A Half of Me” and “The Closing of Our Eyes”). There are also two recent compositions by Vincent (“Cradle to the Grave” and “Everyday Away from You”), which Piers added lyrics to. The first has a New Orleans-style riff that would not feel out of place on an old Allen Toussaint record and the latter seems to conjure up the soft refrains of Brazilian guitarist Luiz Bonfá. (L-R: Vincent Segal & Piers Faccini - photo by Payram)

In short, Songs of Time Lost is a fine balance between inspiration and influence. It is the meeting point of the music one inherits from the great masters and the music one writes oneself.