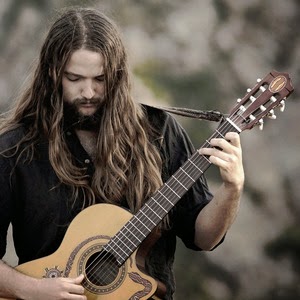 Some performers connect with audiences. Chilean singer-songwriter, multi-instrumentalist, and musical activist Nano Stern has a history of getting audiences to leap to their feet and dance. Of making them laugh or cry, with nothing but a guitar and his voice. All while singing in a different language.

“I’m generally working to create a language of my own,” Stern notes. “The vast majority of words I’m trying to find already exist and have been spoken by many before in amazing ways. To separate the cream from the milk, you need calm. You need to listen to what’s inside of you.”

When Stern was fifteen, he joined his first major band, Matorral. The clean-cut kid would show up in his trim school uniform, guitar in hand, and stroll into a battered practice space to jam with some of Chile’s quirkiest rock icons. The band became a cult favorite.

His bandmates had a decade or more on him, but they had plenty to teach. They had all cut their teeth in the underground scene, where Chilean musicians had struggled to come to terms with their country’s politically complex history, the fascinating musical roots of their culture, and the addicting drive of rock and punk.

The sound Stern has discovered inside has become a touchstone for an entire Chilean generation. The grandson of Jewish refugees fleeing tragedy, Stern has found this language by incorporating rock attitude, the midcentury folk reverberations of his homeland (like Violet Parra and Victor Jara), and classical and jazz 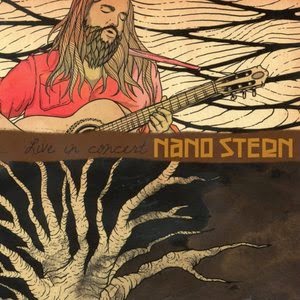 technique to explore the complexities of the personal and political, and to find new ways to play with Chile’s long-repressed roots music.

It’s a mix that captures the age-old mix of indigenous, African, and European elements that defines Latin music, and it’s a reflection of the fresh and passionate young voices emerging on the South American scene. It’s a balance of respect and irreverence, of emotion and activism.

“I am extremely respectful of the tradition,” explains Stern, who has traveled extensively at home in search of elder musicians. “I try to learn from or study with the people who know this music. It’s an enormous gift we received from the people of the past, from the tradition itself. Yet I’m disrespectful. I think it should be open to all kinds promiscuity, to every sound getting together with everything else. That’s when things get truly beautiful.”

American audiences will get a chance to experience this beauty firsthand, as Stern performs live this autumn in a series of intimate shows. Here's a taste of his live act -