For Alex Skolnick, the step from metal and jazz guitar guru to world music instigator has proven remarkably small. 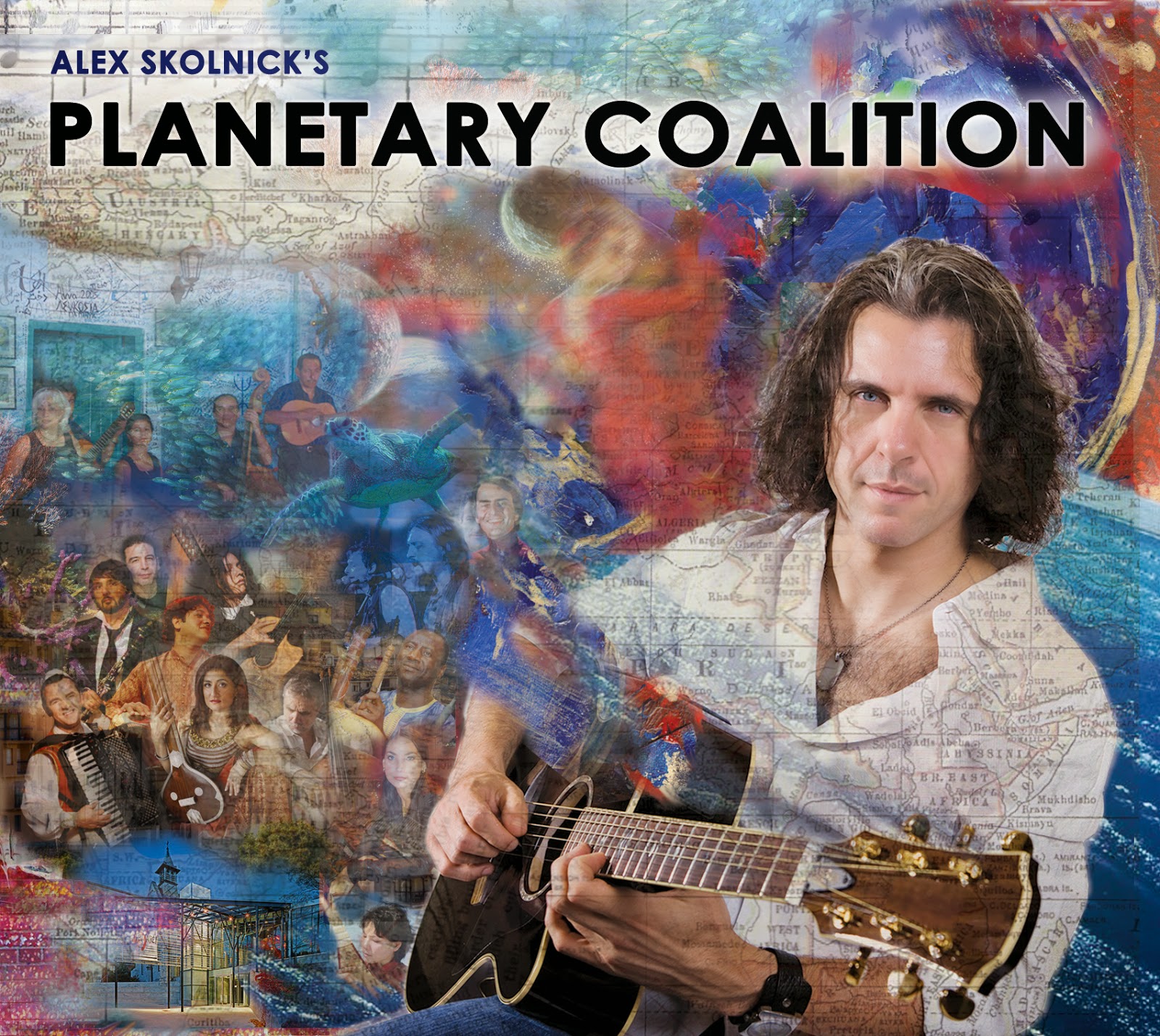 Skolnick had toured the world, connecting with fans and fellow musicians from Argentina to Turkey and beyond. Though he had cut his teeth in rock, he had a restless, passionate ear for other guitar settings, from the globally informed virtuosity of John McLaughlin and Shakti, to Django Reinhardt’s jazz manouche. Skolnick loved the sounds of the world’s buzzing, trembling strings, the sounds of the oud and the kanun, the kora and the pipa.

“A seriously cross-cultural acoustic album has long been on my bucket list,” states Skolnick, who forged a new sound for metal as the lead guitarist in Testament, went on to study jazz at the New School, and is often tapped as one of the world’s best players. “I wanted to pay tribute to the many diverse sounds from around the world that I loved.”

Finally, he knew he had to leap in and do it. The result, Planetary Coalition (Artist Share; release: November 11, 2014), honors the world’s music with original pieces and masterful performances. Skolnick gathered a stunning array of performers—from Rodrigo y Gabriela to Kiran Ahluwalia, from Adnan Joubran to Pablo Aslan, Horacio “El Negro” Hernandez and more—exploring the elegance and expressive potential of the culture-hopping guitar.

“Covering so much territory was irresistible,” Skolnick muses about his 14-track labor of love, “and the tunes came together very organically,” each a small window into some of the world’s most compelling musical styles and their respective regions 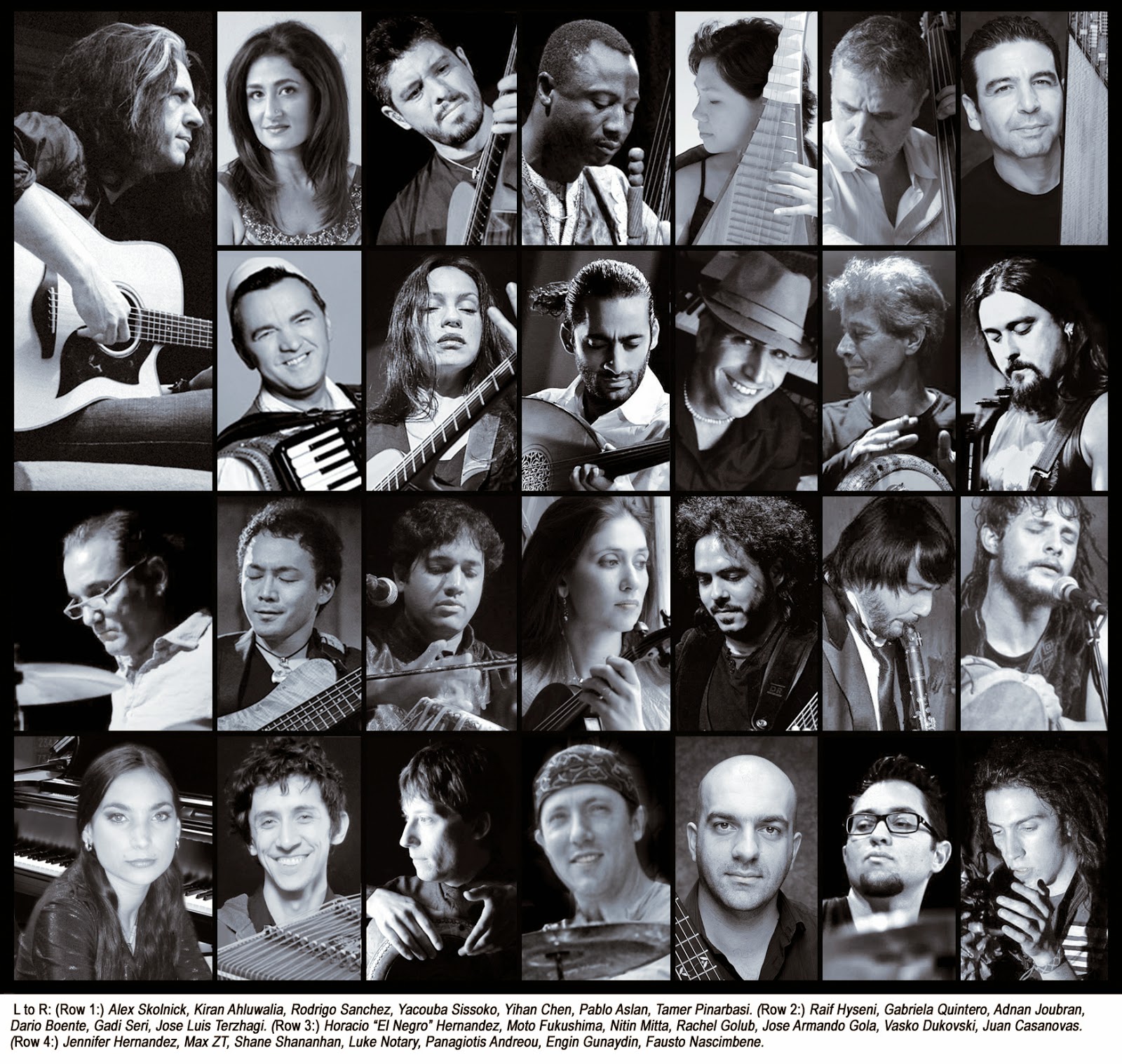 Though it may be a surprise to some, stealth influences abound among certain rock guitar virtuosos. Eddie Van Halen loved the work of flamenco pioneer Carlos Montoya, and you can hear it in his playing and a few of his tracks (“Spanish fly”). The late Randy Rhoads’ tribute to Cuban classical guitarist Leo Brouwer became an acoustic intro for Ozzy Osbourne (“Diary of a Madman”).

Yet Skolnick, inspired by the above examples, the acoustic work of Al Di Meola and others, took to these tendencies and ran with them. He even went so far as to leave a wildly successful career with one of thrash metal’s seminal bands to change coasts—and study jazz improv (The New School). As he dedicated years to perfecting a whole new set of chops—a whole new way of creating music—he slowly discovered his own fluid place where a technique forged in hard rock met the world’s many other sonic currents.

After graduation, Skolnick honed his sound over the course of several serendipitous runs as a touring sideman including a few global pop acts, such as Jewish folk singer Debbie Friedman, whose international band would also feature, when available, South African bassist Bakhiti Kumalo (of Paul Simon). Then there was Paris-based singer Ishtar, whose music required Skolnick to perform flamenco-influenced acoustic playing in front of large audiences. “For some reason, it just came naturally,” says Skolnick. “We had a few gypsy musicians in the band, and they would say, ‘Man, you can really play that stuff!’ The more I did it, the more comfortable I got.”

This kind of connection haunted him over the years, whether touring with the Alex Skolnick Trio (acclaimed for their jazzy arrangements of rock standards and quirky originals), with the reunited Testament, or as a hired player for various other acts. “Travelling as a musician, I’d hear great international artists in cafes and public squares. Often I’ve been affected by this music and wanted to jump in and play, too. I heard all sorts of ideas. Yet I’ve never had the right vehicle for it.” The commitment and nimbleness of Skolnick’s diverse 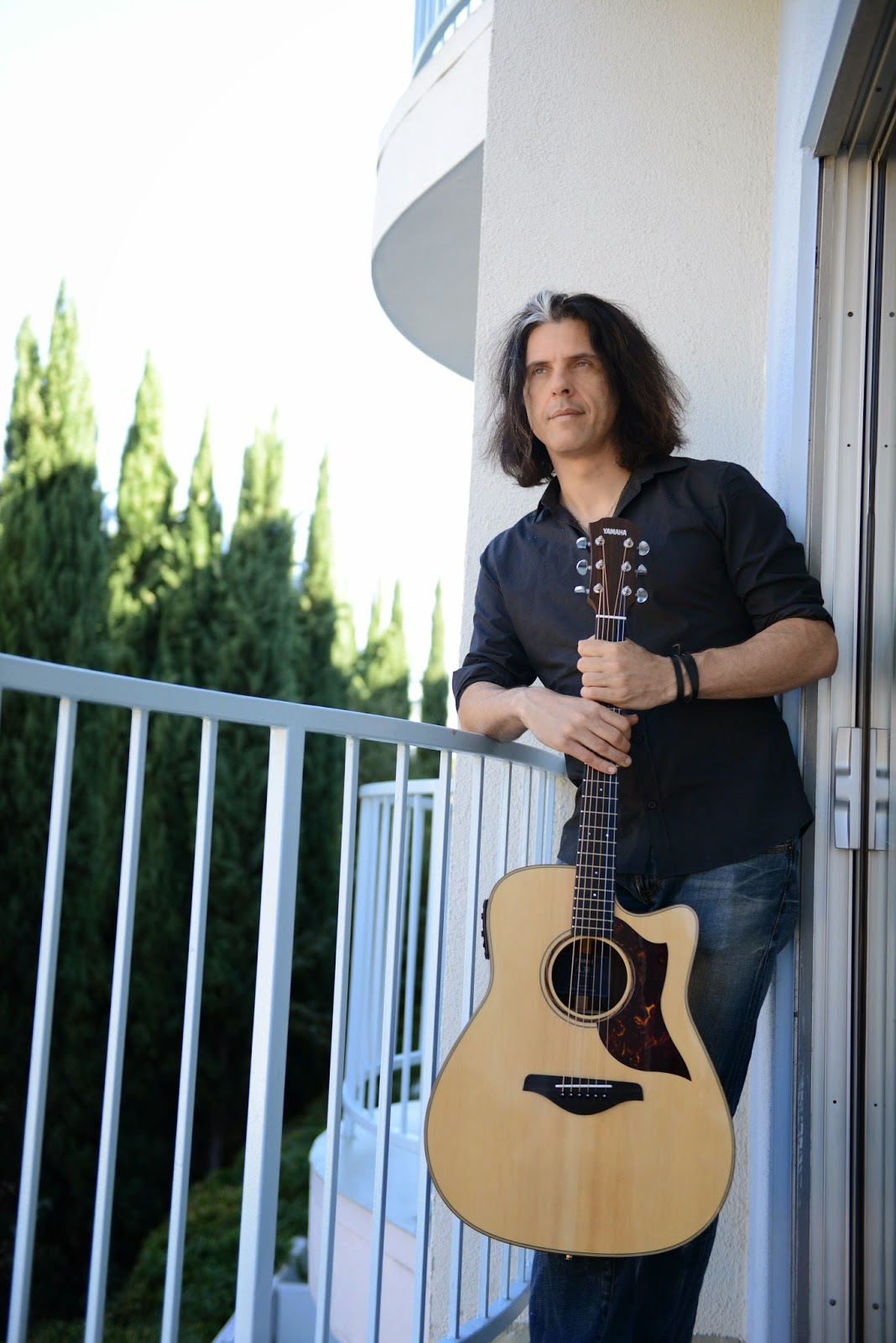 playing slowly gave these ideas form, as the graceful sway of “Sleeping Gypsy” and the smoldering yet upbeat “Django Tango” (featuring the bass work of Pablo Aslan) demonstrate.

In 2009, Rodrigo Y Gabriela tapped Skolnick for a guest appearance on their release 11:11 (coincidentally this album’s release date) and a concert tour. Soon after, he was inspired to finally create that elusive vehicle of his own, a collective of musicians from around the world.

First, the guitarist gathered a core group of A-List musicians in New York, top players who run in the eclectic Brooklyn global music scene. These included the intriguing choice of santoor (hammered dulcimer) played by Max ZT, who’d spent years in India as the star pupil of Shivkumar Sharma (santoor maestro and sometime Shakti member); tabla wizard Nitin Mitta - a collaborator of award-winning pianist Vijay Iyer - who’d relocated from India to New York (introduced to Alex by architect Maddy Samaddar, the project’s graphic artist and consultant); and Rachel Golub, a unique violin virtuoso trained in both Western classical and Indian classical styles (also a member of the Orchestra of St. Lukes and frequently seen backing pop stars on SNL and other shows). Next, additional artists were rounded up, many based in the NY Tri-State area, a few halfway across the world.

With the New York team in place, a studio was chosen and plans were made with a few of the musicians outside of the US to record remotely, beginning with Israeli percussionist Gadi Seri (of Noa) on “Negev Desert Sunset.”

Yet the journey toward the album was marked by distinct challenges, beyond the logistical complexities of getting busy, popular musicians in the studio at the right times. Skolnick often had his expectations expanded in unforeseen directions. Rather than the urban tango Skolnick had in mind, the Argentinean folk-rockers Raza Trunka suggested their collaboration should be in a folkloric rhythm (chacarera) reflective of their rural region, with indigenous percussion instruments (the intro for “Salto”). Adnan Joubran of Palestinian oud ensemble Le Trio Joubran gently nudged Skolnick to take out his electric guitar and distortion for the hard-driving “Rock of Ramalah.”

One of the most instructive moments: When Cuban pianist Jennifer Hernandez schooled Skolnick in the rhythmic feel required to play just right on “Mojito.” Without a clave or click track, “I had to guess where the one was. I was off by one subdivision,” Skolnick laughs, until Jennifer and her legendary drummer father, “El Negro” Hernandez, got the beat in his ear. 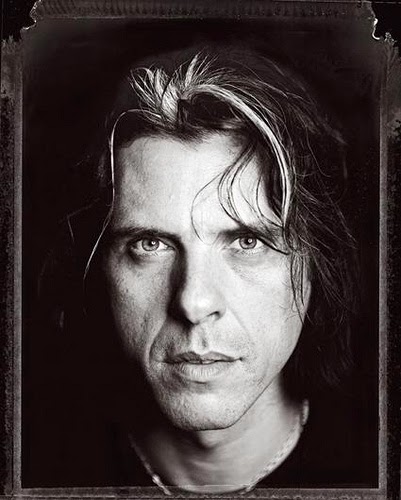 Though major figures in world music (Kiran Ahluwalia, “Passage to Pranayama,” or the New York Gypsy All-Stars) and guitar playing (Rodrigo y Gabriela, “Playa la ropa”) shine on several tracks, the moments when Skolnick engages with players of the kanun (Turkish zither, “Taksim Square”), the pipa (Chinese lute, “Return of the Yi People”), and kora (West African lyre; “Back to the Land”) reveal how deeply the guitarist has chosen to listen and learn from the world’s music.

And it’s not simply about virtuosic playing. It’s also about increasing awareness of people and places, their interlocking social, environmental, and musical worlds. Highlighting moments of connection and interaction in the music, Skolnick and his fellow coalition members speak to the message inherent in substantive cross-cultural collaboration. By coming together from diverse regional backgrounds over shared passions, musicians show what it means to work together for the common goal of making something meaningful and harmonious.

“That’s something that–in these times of such strife, violence and cultural dissonance–we could all use a lot more of,” believes Skolnick.