• The concert is free to attend, however free-will offerings benefitting the Riverside Food Pantry will be collected.
• For more information, call 212-870-6722 or email music@theriversidechurchny.org.

NEW YORK CITY - Sacred music and text will fill the soaring halls of The Riverside Church during its Choral Evensong celebration, an evening service of music and song.  Laudes Organi by Zoltán Kodály will 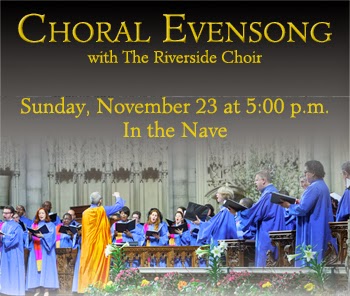 In honor of the great traditions of the Riverside Church music program, an evening service of music and word — once a weekly occurrence in the life of the Church’s diverse community of faith — will be shared. The Evensong celebration will have a decidedly “Riverside” flavor, with canticles and spirituals sung by The Riverside Choir and soloists, and evening hymns for all to sing.

ABOUT THE MUSIC
Laudes Organi (subtitled Fantasia on a XIIth Century Sequence for Mixed Chorus and Organ) by Zoltán Kodály was commissioned by the Atlanta Chapter for the 1966 National Convention of the American Guild of Organists.  Kodály’s last published work, this piece is a celebration of the organ (its title translates from Latin to “In praise of the organ”) and is based on a fragment of text found in a 12th century manuscript at Switzerland’s Engelberg Abbey.  The programmatic setting of the text references both medieval musical styles and Hungarian chromaticism. The work also pays homage to Guido d’Arezzo, the 11th-century Italian monk credited with the invention of modern musical notation. 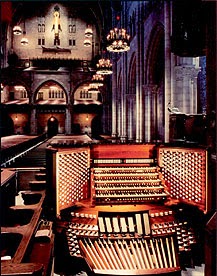 ABOUT THE COMPOSER
Zoltán Kodály (1882-1967)
Like his countryman and lifelong friend Béla Bartók, Kodály became interested in the folk music of his Hungarian homeland at an early age and traveled to remote villages of Hungary to record songs on phonograph cylinders in his teens and twenties.  Kodály began his university education in modern languages at the University of Sciences in Budapest, but later enrolled at the Franz Liszt Academy of Music to pursue studies in composition.  After earning his PhD in 1906 with a thesis entitled “The Strophic Structure of Hungarian Folk Songs”, Kodály continued his musical education in Paris under famed composer and organist Charles Widor.  Shortly thereafter, Kodály was appointed a professor at the Liszt Academy of Music, a post he kept for most of his life.  In addition to his compositional output and contributions to the budding field of ethnomusicology, Kodály authored a set of principles for musical instruction that became known as the “Kodály Method,” much of which is still practiced today.  The composer died in Budapest in 1967 and has remained one of the most significant and influential Hungarian artistic figures of the 20th century. 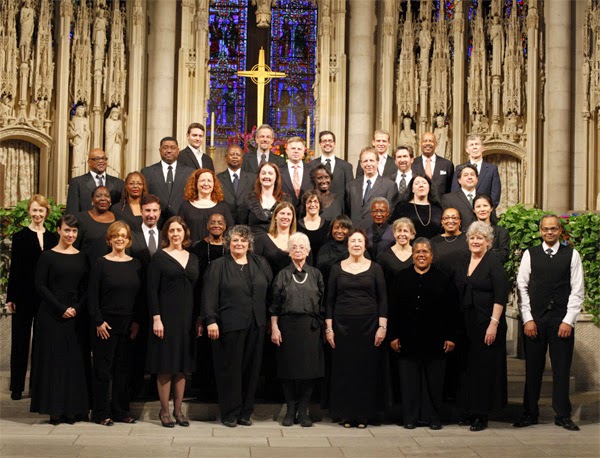 ABOUT THE RIVERSIDE CHOIR
The Riverside Choir is a semi-professional ensemble of fifty singers, a number of whom volunteer their talent and time. Like the church, The Riverside Choir is inter-denominational, interracial, and international. Many choristers are church members and active in other programs. As the Church’s principal choral group, The Riverside Choir is in session from September through June and participates in all Sunday morning and special worship events, as well as in several concert appearances throughout the season. 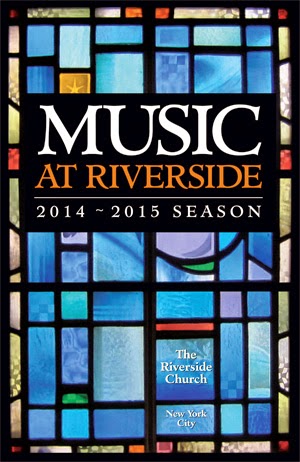