Arsenio Andrade / KasheDance
Congo Laye
An invocation and tribute to his ancestors and mother Africa. Congo Laye is a dance work in three parts, with music by Conjunto Folklorico Cutumba. Choreographed using contemporary Afro-Cuban dance techniques, it draws on the African-Cuban Yoruba heritage, drawing on the sensuality and raw primal power of both males and females.

John Henry Gerena
Bermejo
War and violence are present in the everyday world, but despite the desperation, suffering and hopelessness people are still dancing and enjoying life. Bermejo is an abstraction of that: the blood-drenched Earth, the colour of violence nuanced by the will of the people to be happy, and the continued fight for life.

Victoria Mata
Memory Lane
Memory Lane is based on a real-life interpretation of the dancer’s embodiment of cultural memory and migration from South America to Canada. The movement vocabulary is inspired by the lasting sensations of home and the negotiations we undergo to keep cultural memory alive in our day-to-day as culturally 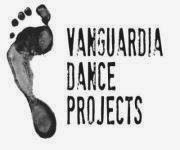 Diana Lopez Soto
Esencia Humana (Human Essence)
An exploration of dance and performance as a means to connect with inner spirit. In the process, studying forces that complete our human essence. Entities such as desire, anger, loss, passion, envy and others that, although beautiful and necessary, can overcome our conscious and subconscious mind, making spirit blind to its life purpose. This piece focuses on Desire.

Sur Theatre
Diaspora
A commemoration of Argentina’s ‘disappeared.’ During the 1970s in Argentina, the military carried out brutal tortures and thousands of students and dissidents disappeared. To this day, mothers of the Disappeared walk the Plaza de Mayo carrying pictures of their dead in silent protest. This piece uses an empty picture frame as a symbol of those who were made to vanish, while the tango lyrics express the pain and solitude of exile for those who survived.

Mateo Galindo Flores
Vanishing Point
Vanishing Point is a meditation on the things that separate us from world events, and from participating in meaningful discussion. It contemplates the effect of perspective on the dissemination and representation of information, ultimately asking what intervenes or obscures as we try to frame an accurate understanding of what is happening in our world. It is an open invitation for the audience to shape their experience of the performance – to act not only as passive witnesses but creative partners whose perspectives play a vital role in the evolution of the work

Mariana Mangevil Alvarez
Cosmología Azteca
Inspired by the Aztec culture and religion found in the ancient stone codex. This piece represents four deities who are associated to the cardinal points and the seasonal changes. Retracing the footsteps and space formations from pre-Hispanic dances, this dance explores and combines these rhythms with neoclassical and contemporary styles for a touch of a modern perspective. The music and dancers will take us to the pre-Hispanic era and revive our ancestors.

Jose Carret
Evasion sin Limite (Escape without limits)
Relate the search for a way out. Human beings, searching throughout the space for new beginnings, for new hopes, for a better future.

Alejandro Ronceria
My Hundred Years of Solitude
My Hundred Years of Solitude explores history, identity, and the ties that bind land and people. What does it mean to be displaced and how do we interpret it? Is it a state of transition or a permanent space we inhabit? How does it shape a body, a culture? What does it mean to survive, to adapt and is there a process of transformation?

From a media release: Touch-Screen Samba and Joystick Roots: Percussivo Mundo Novo Channels Cascading Brazilian Beats and Smiling Cyberfunk on North American Tour, July and August 2011 The first of the cyber-Mohicans hits the stage, shredding like a rock star on a touch-screen tablet melded with a Guitar Hero controller-and creating a huge chorus of Brazilian rhythm . With a three-foot tall Mohawk and the blessing of the spirits, he and his crew invent new instruments for ancient roots: the rumbling joys of Afro-Brazilian beats, the rolling pulse of samba, and the deep presence of candomble. Meet Percussivo Mundo Novo, led by producer and delightfully mad inventor Mikael Mutti. Mixing re-imagined traditional drums and video game controllers, the group brings spirit guides, stunning musical virtuosity, and catchy futuristic visions to North America for the first time this July and August, 2011. PMN's sound sparkles with laser-sharp solos played on apps and with a resoun

Indie Folk: Thorin Loeks - In This Place (Independent / March 20, 2021) Check It Out On Bandcamp In This Place is an album and a mood - one that is closely linked to Thorin's travels. Over the last 8 years or so, he's bicycled and canoed over 15,000 km across North America - acoustic guitar in tow.   The title track is a nice showcase for his polished vocals, with a hypnotic beat. His rich voice and a rhythmic take on folk takes the traditional genre into pop ballad crossover territory in tracks like Open Sky.  Violin, keyboards, and backing vocals add texture to the sound in Ice Age, a meditative track. Tonight is a standout track with an earworm groove and lovely harmony vocals.  He's an interesting songwriter with imagination. Game Plan has a jazzy edge, while Still Here is an atmospheric instrumental chorale.  Thorin comments in a media release. "It's written from personal experiences and inspired by people and places I've spent time connecting and communin

From a media release: Art Glass: Glasstress Boca Raton 2021 On view until September 5, 2021 Check It Out From Europe to America, the world premiere of this major international show has landed on the shores of the U.S. after three years of preparation. "Glasstress 2021 Boca Raton" is on view through September 5th -- featuring free virtual programs for the global public to enjoy online. Among the 34 artists in this new exhibition: Ai Weiwei, Fred Wilson, Joyce J. Scott, Jimmie Durham, Ugo Rondinone, Fiona Banner, Vik Muniz, Monica Bonvicini, Jake & Dinos Chapman, Laure Prouvost, Renate Bertlmann, Thomas Schütte, and Erwin Wurm. Most of these works have never been seen elsewhere. Three years in the making, with 2020 being such a challenging year to coordinate an international exhibition of this size and scope due to the pandemic, this effort serves as an important reassurance that art is an essential and enduring part of humanity. This Glasstress 2021 exhibition is also a tr