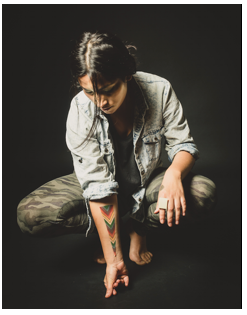 ‘Vengo’ debuted #1 on iTunes and has earned strong praise at Newsweek, NPR, Billboard, Spin, Rolling Stone, NY Times and many more outlets around the world.

‘Vengo’ is the follow-up to Ana Tijoux's Grammy and Latin Grammy nominated album 'La Bala,' which was widely celebrated by critics as one of the best albums of the year. The buzz around Ana Tijoux has been steadily building since her Grammy nominated debut ‘1977’ was featured in ‘Breaking Bad,’ ABC’s ‘Dancing With the Stars' and EA Sports’ FIFA video game.  Tijoux is fresh off a Latin Grammy win for a collaboration with Jorge Drexler.

“Tijoux is an artist with the promise to cross borders and genres.” - Billboard

“An arresting and self-possessed performer, an MC with impeccable command and flow,whether she’s urging her now-global audience to speak out against injustice and oppression or riding a languorous, acid-jazz groove…” – Washington Post

Named one of the top indie labels in the U.S. by Billboard, Nacional Records is home to rock, hip-hop and electronic music from across the Americas and around the block.