After decades of performing sold-out shows in Japan and in over 26 countries, legendary band Tokyo Ska Paradise Orchestra celebrates their 25th anniversary with the U.S. release of their new album, ‘Ska Me 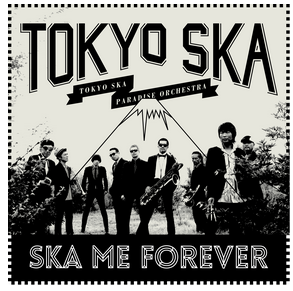 Forever” on vinyl and digital download on February 10th, 2015 with online pre-sale for the album going on now.

Tokyo Ska Paradise Orchestra’s 19th album boasts a dynamic blend of rock, jazz, ska and punk, and features the lead single “Wake Up!” with Asian Kung-Fu Generation. Tokyo Ska Paradise Orchestra also puts their playful and diverse spin on fan-favorite covers of Café Tacvba’s 'Eres,' Beethoven’s 'Symphony No. 9,' and the classic Mexican folksong, 'Cielito Lindo.’ Their new release 'Ska Me Forever’ marks a significant milestone for the ever-evolving band who continue to delight and surprise audiences with their music and exciting live shows.

Starting out in the late '80s as a ska revival group playing the streets and clubs of their hometown, the sharply suited Tokyo Ska Paradise Orchestra quickly became the flag-bearers for the Japanese ska scene. This movement gained popularity in the 1990s and included the arguably more "authentic" ska sounds of the Ska Flames (signed to Gaz Mayall's label in the U.K.) and the Determinations from Osaka. Like those two acts, 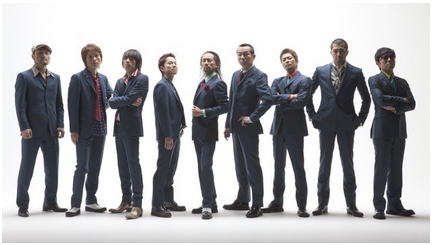 Tokyo Ska Paradise Orchestra's sound is largely instrumental, with powerful, punchy arrangements that re-create the jump-up energy of Jamaican ska originals such as the Skatalites. It's a sound as vibrant as any modern-day ska -- anywhere.

From their beginnings in the late 1980s club scene in Japan, Tokyo Ska Paradise Orchestra rose to fame in their native country and have taken their acclaimed live show worldwide, performing to festival audiences in Europe, the United States and Latin America, including the Warped Tour, Glastonbury, Supersonico, Coachella and Vive Latino.