Driven by doubt and a lust for life, they are searching for their place, sketching the contours of multiple identities. Carried away by their instincts and the power of the group, their only language is subtle, energetic movement; the music of bodies electrified by a shared feeling of urgency.

This vibrant piece conveys all the complexity and beauty of men coming to grips with the world they inhabit. Says Émard "If, as Madame de Staël (1766-1817) wrote in Corinne, Volume 1, 'the pagans have deified life,' then this is pagan dance."

Ce n'est pas la fin du monde (It's not the end of the world) premiered at Le Plateau in Eysines (France), as part of the biennial Danse Toujours in 2013. It is currently on tour in Canada where it ran January 28-31 in Montreal as part of Agora de la danse, and heads to Edmonton March 6-7, presented by Brian Webb Dance Company, after its Toronto outing for DanceWorks on February 28. 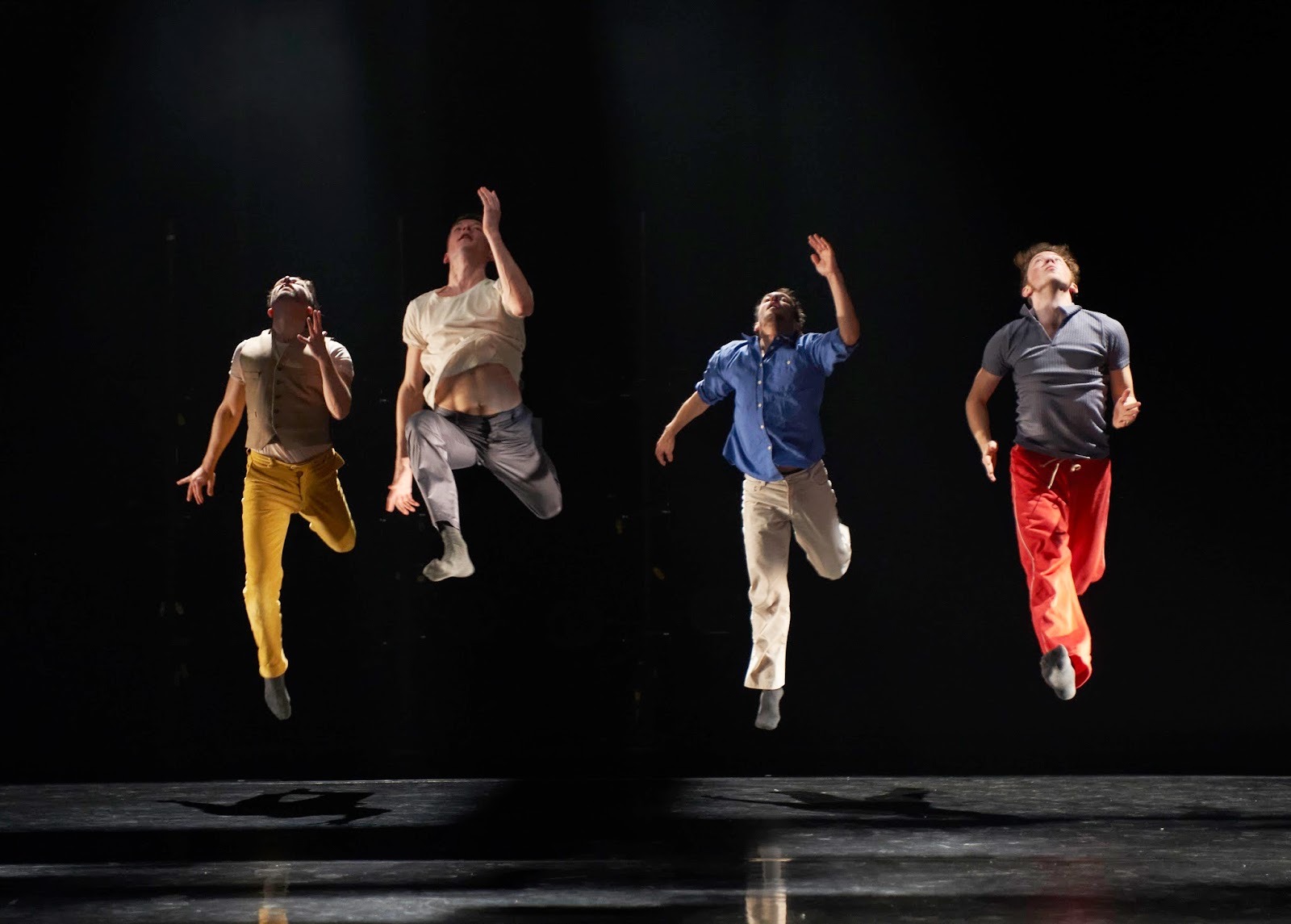 "A sweet fury inhabits these bodies, bodies that at times give in to moments of abandon while at other times resisting each other and an ever-present hidden threat [Š] men who doubt, who struggle and who are capable of exposing their sensitivity without wallowing in it." - Le Devoir, Montreal, 29 January 2015

A prolific and internationally respected artist, Sylvain Émard created Sylvain Émard Danse in 1987, quickly establishing a reputation for a very original style. Highly theatrical at first, his work soon evolved into a more formal approach to dance. From his first solo piece Ozone, Ozone (1989) to his most recent work Ce n'est pas la fin du monde (2013), he has been exploring the territory of human nature through the force and strength of the body. His repertoire now includes over thirty original pieces that have had a resounding impact all over the world. Renowned for his refined style and precise movement, the creation of Le Grand Continental at the Festival TransAmériques in 2009 must have come to some as a surprise. Since its inception, this unique piece, inspired by line dancing, has featured 1000 non-dancers across Canada, the United States and Mexico, attracting some 75 000 spectators. The quality of his artistic work has given Émard the opportunity to collaborate as a guest choreographer in theatre, opera and cinema. He joined forces with Robert Lepage to work on the opera 1984 (2005) by Lorin Maazel, presented at Covent Garden in London and at La Scala in Milan. Émard is the recipient of numerous prestigious awards such as the Jean A. Chalmers Choreographic Award (1996). Émard is also co-founder and board member of Circuit-Est centre chorégraphique.

DanceWorks began as a collective of independent dance artists in 1977 and has grown to become Toronto's leading presenter of independent dance. Strong in the belief that dance has the power to illuminate, engage and transform all who participate, DanceWorks offers seasons of eclectic, exhilarating choreography programmed to intrigue, challenge and enthrall. DanceWorks adds to the theatrical experience with danceflics, Carol's Dance Notes and post-performance conversations with artists. DanceWorks is the administrator of the CanDance Network and Dance Ontario Association. 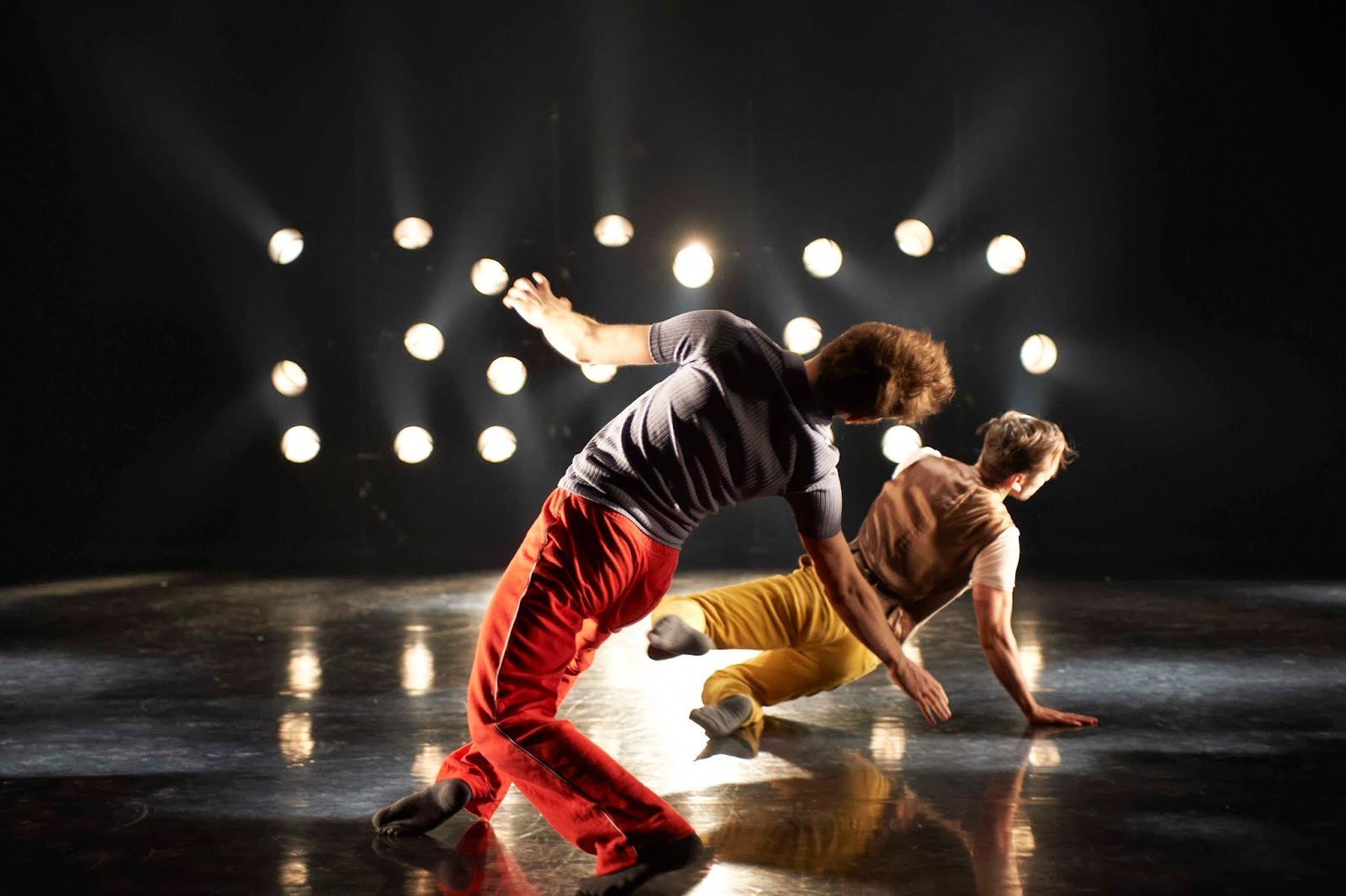