Genre bending is a term that's thrown around quite a bit these days and it's often apt but seldom in as fluid or as kinetic a mode as in Jose Blessett's latest release, Excuse Me. It flows seamlessly from jazz to hip hop to 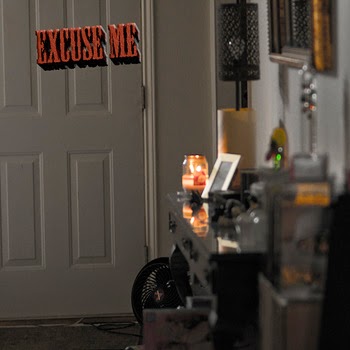 electronica to soul and rnb - sometimes all within the same song.

He lists artists like Miles Davis, John Coltrane, Prince and Pink Floyd as influences and that background shows but with a unique flavour of experimentation that he adds to the mix. The tracks blend sampling, electronic and acoustic instrumentation; the words are likewise a mix of poetry and street level rapping.

Who's in My Shit is full of cool jazz riffs and grooves and is eminently danceable. The song evolves and morphs into and out of an electronic dance mode - don't expect any of the usual verse-verse-bridge-chorus song structure. He mixes in rock elements like fuzzy guitar licks in a mode that is endlessly inventive. Each track is a new experiment.

Taking it Down begins with synth and drums and an electronic feel that transforms into electro-jazz with an uptown groove; a classic horn solo played on a synth underscored with the repetitive loops of electronica. The influences flow in and out of the music.

Paying Bills has more of a straight up urban vibe with a rhythmic riff that trips on itself. He adds electronic noise, rap vocals and a cool walking bass line that grounds it all. LimeLight follows in the electronica and hip 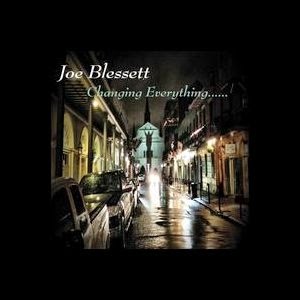 In The City stands out - all moody and melodic in this avant-garde sea of tracks, beginning with a striking horn (synth) and bass section. It's neatly contrasted by the next track, the eccentric I Say Eat Him with its playful electronic vibe and horns playing under the lyrics - and that's it; those are all the lyrics. There are other flashes of humour in the words,

I been good to my girl...
But I been looking at her best friend...

from the jazzy, danceable Good To My Girl that also features a sexy string bass line. The last track, Athene's Theory goes a different direction with spacey machine music.

Joe's said that he wants his work to stand the ten-year test of relevance and while too much can happen in a decade to say, his sense of invention and a genuine feel for the various styles he incorporates elevates the release well above the crowd.