EXCERPTS FROM NEW OPERA PARADISE INTERRUPTED
TO BE PERFORMED AT THE METROPOLITAN MUSEUM OF ART
ON SATURDAY, MARCH 21 2015 AT 3 P.M. AND 7 P.M.

CHARLESTON, SC (February 12, 2015)—Excerpts from Paradise Interrupted, a new installation opera by artist Jennifer Wen Ma and composer Huang Ruo, will be performed in The Metropolitan Museum of Art’s The Temple of Dendur in The Sackler Wing on Saturday, March 21. The Met Museum Presents 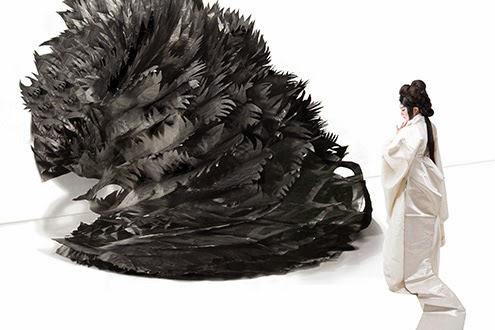 performances offer a special preview of this work in progress before the world premiere at the 2015 Spoleto Festival USA in May. There will be two Metropolitan Museum performances at 3:00 p.m. and 7:00 p.m. Tickets start at $54 and are available online atmetmuseum.org/tickets or by phone (212) 570-3949. Tickets include Museum admission and are part of the Museum’s “Bring the Kids for $1” program.

Paradise Interrupted is co-commissioned and co-produced by Spoleto Festival USA and Lincoln Center Festival. The world premiere will take place Friday, May 22 in Charleston, South Carolina at Spoleto Festival USA with four subsequent performances May 24, 27, 29, and 31.

The one-act opera weaves together a story inspired by the biblical Garden of Eden and the Chinese love story The Peony Pavilion. For the score, award-winning composer Huang Ruo (Dr. Sun Yat-sen) musically marries Chinese tradition dating back to the Ming dynasty with Western idioms. The narrative follows a woman who searches for an unattainable ideal. As she sings, a vast garden grows from an empty stage and a host of characters come to life to accompany her in her journey. The garden installation has been created by Jennifer Wen Ma who is designing and directing the production. Known for her large-scale installations, public works, and as the chief designer for visual and special effects for the opening and closing ceremonies of the 2008 Beijing Olympics, Paradise Interrupted is her first opera. 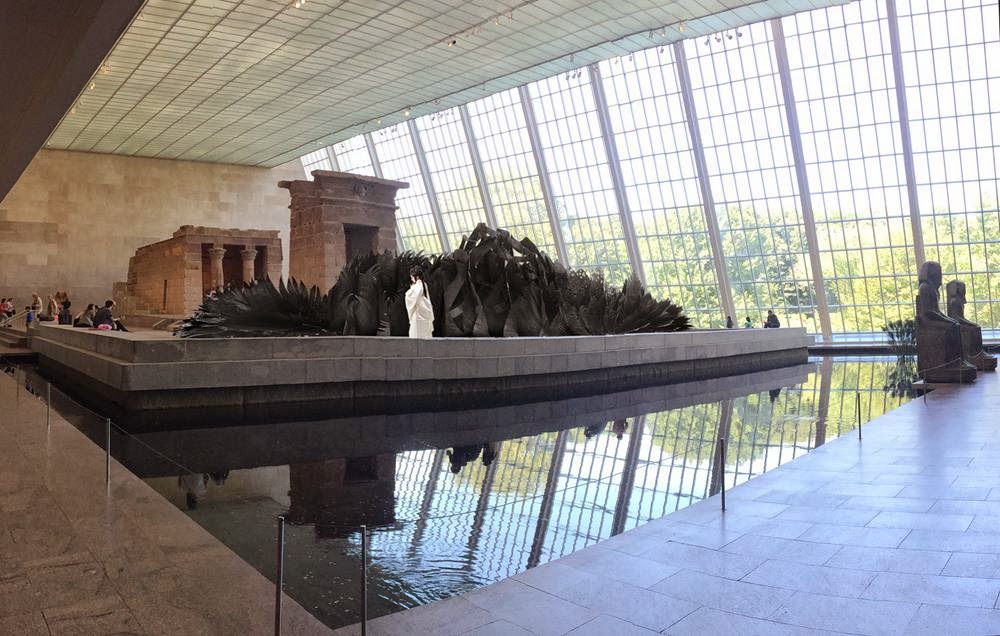 The role of the dreamer will be performed by celebrated Chinese singer Qian Yi, who was lauded by The New York Times as “. . . China’s reigning opera princess” following her performance in the Lincoln Center Festival’s The Peony Pavilion. Paradise Interrupted also features singers John Holiday, Joseph Dennis, Joo Won Kang, and Ao Li. Spoleto Festival USA’s Resident Conductor and Director of Orchestral Activities John Kennedy will conduct a 14-piece orchestra blending Western and Chinese instruments. All artists will take part in the preview performances. The Met Museum Presents preview is presented in conjunction with the exhibition China: Through the Looking Glass, on view May 7 through August 16, 2015.
chinese opera contemporary opera metropolitan museum new york city new opera opera at the met opera premier