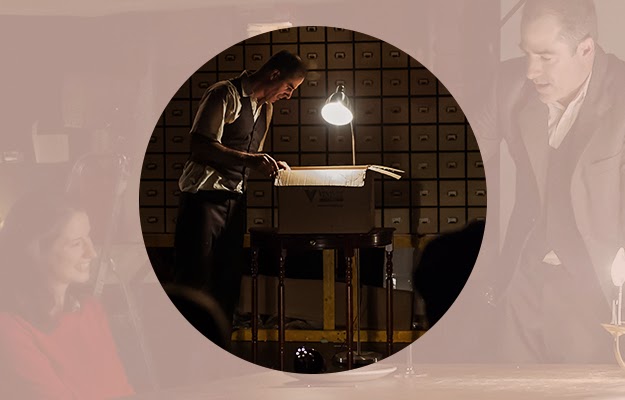 A towering junk-pile anchors Sobelle's stage as he skirts around it, rifling through to procure physical relics of his memories and awaken our own. Over the course of the show, these objects guide his heartfelt narrative – and quirky, expressive performance – about life, love and memory. Join us for this meditation on the things we keep and the things we throw away.

Sobelle, an actor and co-founder of the theatre group Rainpan 43, has received accolades for The Object Lesson from the prestigious Edinburgh Festival Fringe to the New York Times. The show's Canadian debut at World Stage 2015 marks Sobelle's return to Toronto after performing and choreographing HOLOSCENES for last fall's Nuit Blanche.

FROM THE ARTISTIC DIRECTOR
"[It's] really tactile and hands on. You get to touch the materials and make your own stories before the show starts. In two words... Moving and unpacking." — Tina Rasmussen, Artistic Director