• Check out his complete schedule
• Buy the CD

Restive Soul spotlights the intellect and passion of Harvard and Berklee-educated composer Saxophonist Kyle Nasser was a student of Economics and Political Philosophy at Harvard University when his life was changed by an encounter with Hank Jones. The legendary pianist, then in his late 80s, visited Cambridge to 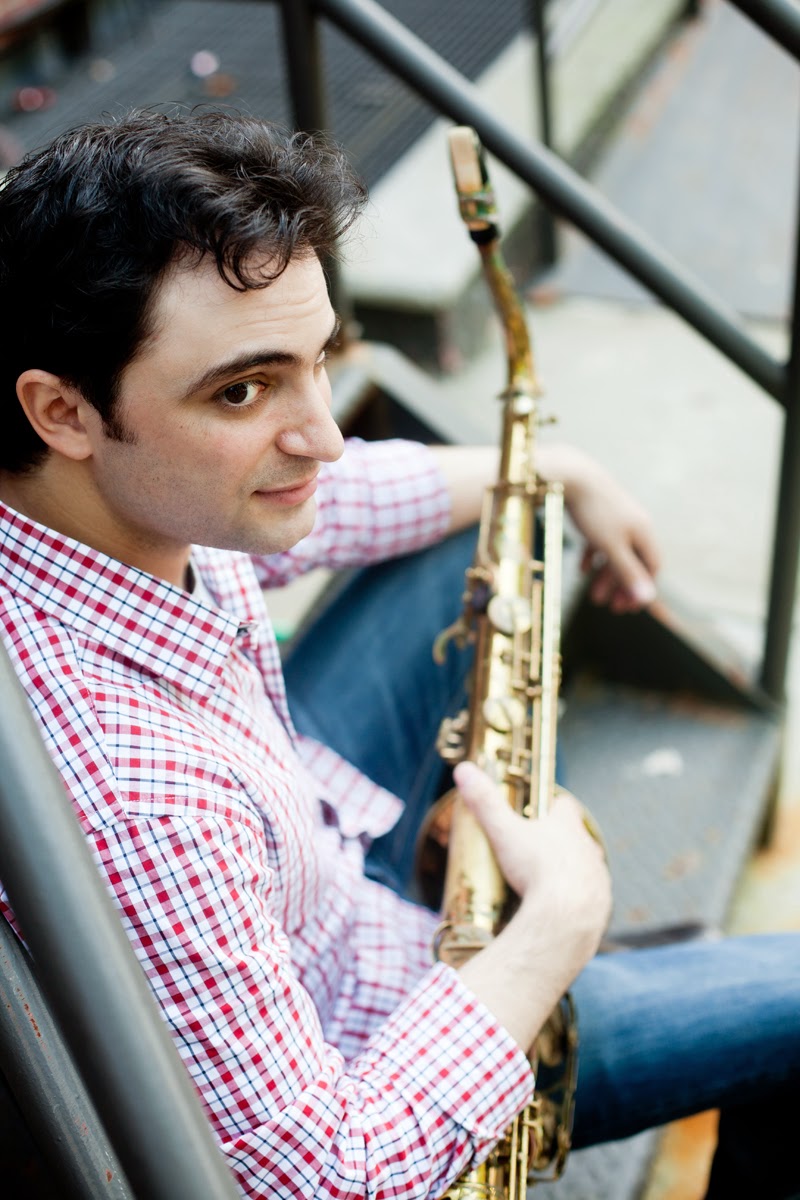 teach and play a concert with the Harvard Jazz Band, making a profound impact on the young saxophonist. "Seeing him in peak form and expressing joy through music at such an advanced age was really deep," Nasser recalls. "We took him out to dinner, ended up playing a three-hour session, and then he asked us to take him home so that he could get in some practicing before bed. That left a huge impression and reinforced that I should do this. I didn't have any old investment banker friends that seemed very happy." Nasser graduated from Harvard and switched paths, leading him to another revered institution: Berklee College of Music. He's now reaching another landmark along that path with his striking debut, Restive Soul, out March 24, 2015.  A trace of the saxophonist's former pursuit remains in the title, which was drawn from a quote by French political philosopher Alexis de Tocqueville ascribing his pursuit of politics to his own "restive and insatiable soul." The album displays the keen intellect that landed Nasser at one of America's most hallowed schools, along with the passion that steered him away from a potentially lucrative career in business to pursue his lifelong love of music.

The compositions that comprise Restive Soul combine fervent jazz playing by Nasser's quintet - Jeff Miles (guitar), Dov Manski (piano), Chris Van Voorst (bass), and Devin Drobka (drums) - with elements from Nasser's intensive study of western classical music. But this is no Third Stream hybrid, wearing its "classical" inspirations on its sleeve; instead, Nasser seamlessly assimilates counterpoint and long-form harmonic development into electrifying modern jazz pieces. Those concepts were then workshopped on the bandstand over the course of several years during the band's regular Tuesday-night gigs at Brooklyn bar The Fifth Estate.

"I became obsessed with counterpoint at Berklee," Nasser says. "You have to take traditional counterpoint courses, and it hit me that this is what I had been looking for and missing in a lot of the jazz that I'd been listening to and playing. I got the impression that a lot of people were writing tunes because they wanted to blow over them as opposed to having a conscious compositional direction to the piece. I wanted to make a quintet sound like an orchestra." 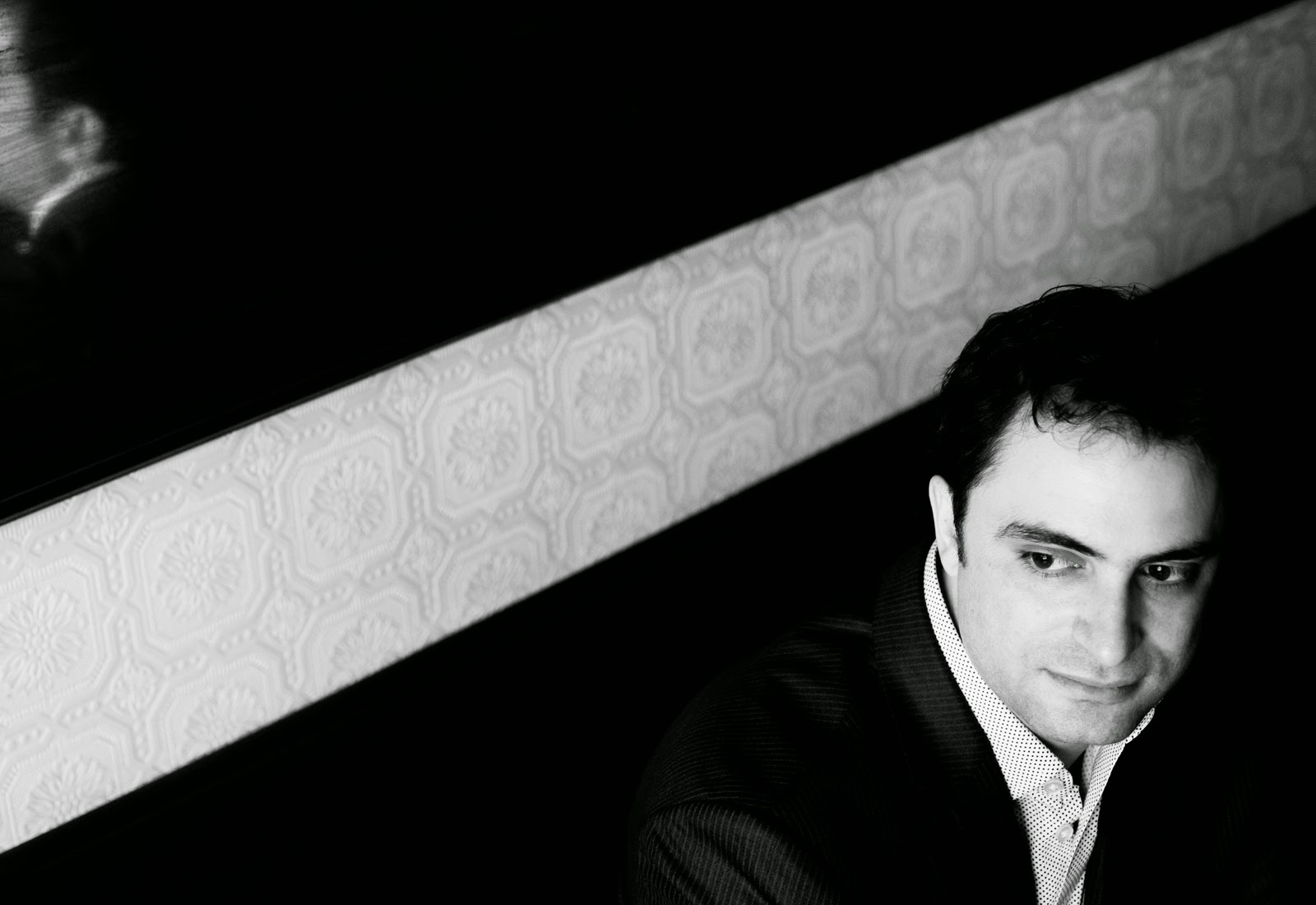 The album opens with "For Rick B.," a theme-and-variations tribute to Nasser's most important teacher, New Bedford-area saxophonist and pianist Rick Britto, who passed away while Nasser was in the midst of writing the piece. No mournful elegy, the piece instead builds from a piquant sax-and-guitar melody over a surging rhythm. It's followed by the floating, dream-like "Angelique," a shimmering showcase for the rhythm section.

The title track illustrates that restlessness of spirit that drives an artist like Nasser with its persistent rock groove, driven by Miles' serrated guitar. The dark-tinged cinematic feeling of "Shadow Army" is captured in its evocative title, while "Gyorgi Goose" refers to both avant-garde classical composer György Ligeti and a stuffed animal that Nasser received from his mother - twin inspirations evoked by the tune's simultaneous dissonance and playfulness. The melody of "Radiator Lady" hints at the song hauntingly crooned by one of the memorable oddities in David Lynch's Eraserhead,

"Trip To Lester's" is an homage to Harvard professor emeritus and marijuana activist Lester Grinspoon, who would hold court for graduates at his home. Nasser's piece conjures the atmosphere of those sessions and their crisscrossing, disjointed but stimulating conversations. "Whitestone" and "Ecstatic Repose" are impressionistic pieces, the former an attempt to capture the sunset vista of New York City as seen from the Whitestone Bridge, the latter a depiction of how the mind can be frenetic while the body is at rest. The album

draws to a hopeful close with the folk-like melody of "Rise."

While it wasn't until the end of his tenure at Harvard that Nasser determined to pursue jazz as a career, his love for it began at the age of six. Kyle's parents frequented a local restaurant in his native New Bedford, Massachusetts, that featured a live jazz band. He was immediately enthralled by the saxophone player,  who ended up becoming his first teacher. Too small at the time to hold the saxophone, he started out on the clarinet, leading initially to a more classical education before he joined his junior high jazz band. After graduating from Harvard and Berklee, Nasser moved to New York City in 2010. He has shared the stage with jazz luminaries such as Jim Hall, Hank Jones, Joe Lovano, Dave Douglas and Ben Monder, among others. He's also toured the U.S. and South America with his own music and with the collective quartet Beekman, which recently released its own debut album.