Thomas Mapfumo, the preeminent singer/songwriter of Zimbabwe, has released hist fiftieth album, Danger Zone. Known to his fans as The Chimurenga Guru and The Lion of Zimbabwe, Mapfumo has been defining the issues of the day for his countrymen in transcendentally original songs since 1974. Danger Zone is the latest 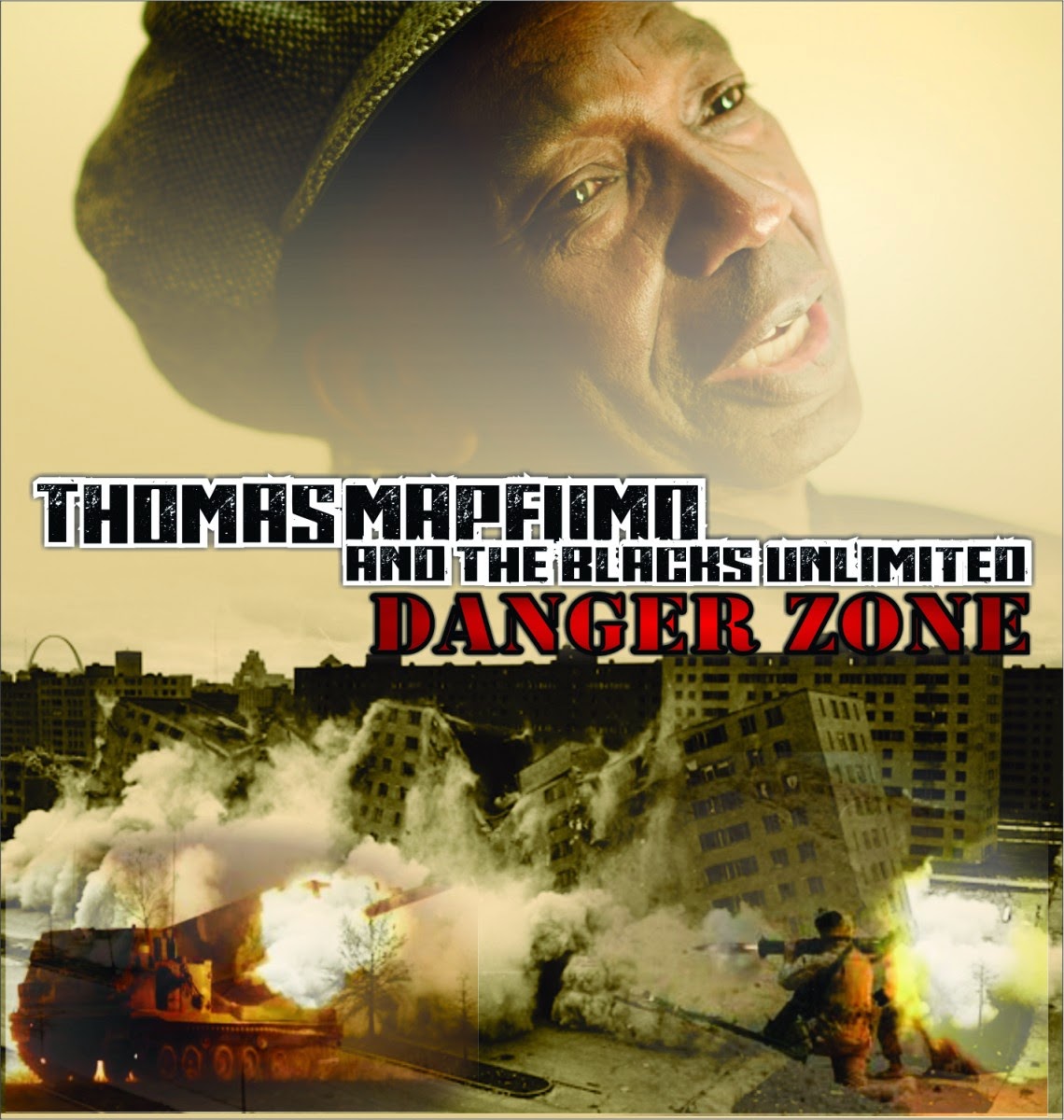 chapter, his first set of new studio songs since the 2010 release Exile. With a powerful band, blending veterans and newcomers, and a wide ranging set of new songs, Mapfumo reemerges with music and messages to suit a new set of circumstances. Danger Zone is a release from Chimurenga Music Company.

Since the beginning of his epic career, Mapfumo has stood for the rights and concerns of ordinary people facing oppression and poverty. The historical context has changed, but Mapfumo’s loyalties and focus have not. “Nhamo Urombo” (Problems of the Poor) offers a poignant recapitulation of his central theme on Danger Zone. “Chikwereti” (Credit) broadens the scope with a pointed message to African nations who accept financial help from foreign countries, notably China: “It’s not a gift. One way or another, you will have to pay them back.”

Mapfumo has often been mis-characterized as a “political” singer. In fact, while he has never shied from criticizing politicians, he has never backed a political party. The title track on Danger Zone is a survey of the world’s hot spots—Syria, Iraq, Libya. But it comes from a philosophical perspective, asking how it is that God’s children seem incapable of living in peace. Elsewhere, Mapfumo sings “Hatidi Politics” (We Don’t Want Politics), a firm declaration that people in Zimbabwe and around the world want a good life—schools, healthcare, security—not to participate in the power games of politicians. Mapfumo’s poignant new lament, “Zimbabwe,” calls on his country men to “leave politics behind and unify” for a better future.

Mapfumo over the years has reinvented his band, the Blacks Unlimited, with the core set of musicians he brought from Zimbabwe and a growing circle of American collaborators he has trained in the art of Chimurenga music. The traditional African music that has always played a central role in Mapfumo’s art remains deeply ingrained in the current Blacks Unlimited sound, especially on two bonus tracks featuring mbira, “Varimudande” (People of Dande) and “Pasi idandaro” (We Are Just Passers-by).

At the same time, this album charts new ground for Mapfumo and his band. The maestro features the lighter more celebratory side of his nature on two English language songs, “Celebrate” and “Are You Ready,” a celebration of deejays and dance floors. Extending that theme, Mapfumo collaborates with beat-maker and deejay Charlie B. Wilder to create two club-ready tracks, “Music” and a spare, punchy remake of his classic song “Shabeen” featuring guest vocals by Natalia Rollins.

Danger Zone is available at www.thomas-mapfumo.com, In Zimbabwe it will be available at Strawberry boutique Harare, and selected stores in major cities.

Music - featuring a dance crew from his new home of Oregon led by Mati Thomas' daughter.