April 28 & 30 at Hot Docs Toronto - They Will Have To Kill Us First:Malian Music In Exile

They Will Have To Kill Us First:
Malian Music In Exile
Canadian Premiere at Hot Docs
www.TheyWillHaveToKillUsFirst.com

TORONTO - Together Films and Spring Films are proud to announce the Canadian Premiere of They Will Have To Kill Us First, the debut feature directed by Johanna Schwartz, produced by Sarah Mosses (Together Films), executive produced by Andre Singer (The Act of Killing), and with an original score by 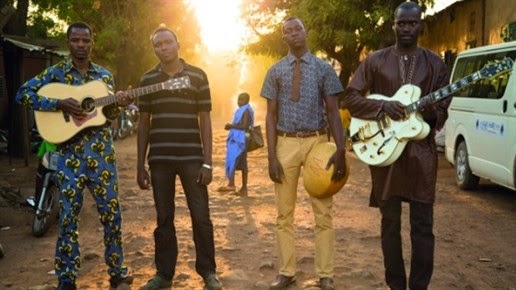 Islamic extremists have banned music in Mali, but its world famous musicians won't give up without a fight. They Will Have To Kill Us First tells the story of Mali's musicians as they fight for their right to sing.

With a specially commissioned soundtrack from some of Mali's most exciting artists, the film follows the stories of musicians: Kharia Arby, Fadimata "Disco" Walet Oumar, Moussa Sidi and introducing Songhoy Blues.

Music is the beating heart of Malian culture, but when Islamic jihadists took control of northern Mali in 2012, they enforced one of the harshest interpretations of sharia law in history and banned all forms of music. Radio stations were destroyed, instruments burned and Mali's musicians faced torture, even death. Overnight, Mali's revered musicians were forced into hiding or exile where most remain, even now. But rather than lay down their instruments, the musicians are fighting back, standing up for their freedoms and identity. Throughout their struggle, they have used music as their weapon against the ongoing violence that has left Mali ravaged.

They Will Have To Kill Us First sees musicians on the run, tells the story of the uprising of Touareg separatists, reveals rare footage of the jihadists, captures life at refugee camps where money and hope are scarce, charts perilous journeys home to war-ravaged cities, and follows our characters as they set up

Key musicians featured:
Songhoy Blues – One of the most exciting new bands in Mali, created when four budding musicians from different corners of Mali fled to exile in Bamako. Writing and performing in response to the conflict, they captured the attention of Damon Albarn, featured on the recent Africa Express album before signing with Atlantic records and embarking on a sold out tour. We follow Songhoy on their rise to fame, from defying the ban by gigging in empty clubs in Bamako during the conflict, to recording their debut album with Nick Zinner and performing onstage at London’s iconic Royal Albert Hall. But despite their success, all they really dream of is going back home to perform, something which, for the moment, 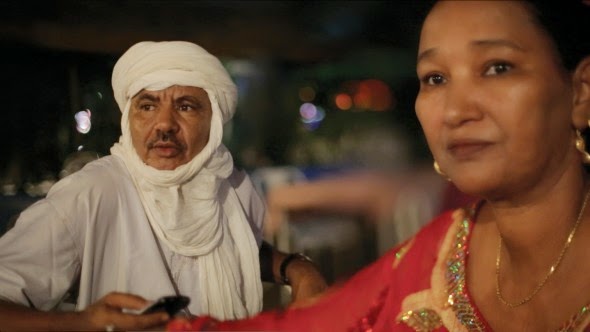 Disco’ and ‘Jimmy’ – Disco is a renowned singer, UN recognized humanitarian and outspoken activist. She is married to Jimmy, a leader within the MNLA – the group of Northern Touareg separatists who inadvertently allowed the Islamic militants to hijack their separatist rebellion and ban music. Disco organises gigs from her refugee camp base in Burkina Faso and is a constant support for musicians in exile, who look to her to eventually lead them home. If Disco goes back to Mali, everyone else will follow, but tense race relations within Mali since the conflict have led to violence and Disco is unsure of her safety. A surprise change of heart from Jimmy at the end of the film catapults both of their lives into a new sphere.

Moussa Sidi – Jimmy’s nephew from Northern Mali, Moussa was a relaxed, dreadlocked, jobbing musician and wedding singer before the conflict, but when jihadists took control he quickly adhered to the law they imposed, giving up music. For Moussa, jihadist rule was preferable to that of the Malian government who often targeted the Touareg ethnic groups. But when fighting escalated, and the Malian army rolled back into town, Moussa fled, fearing reprisals on light skinned Touaregs. Leaving his wife behind, he fled to Burkina Faso. His wife consequently spent six months in prison in Bamako for 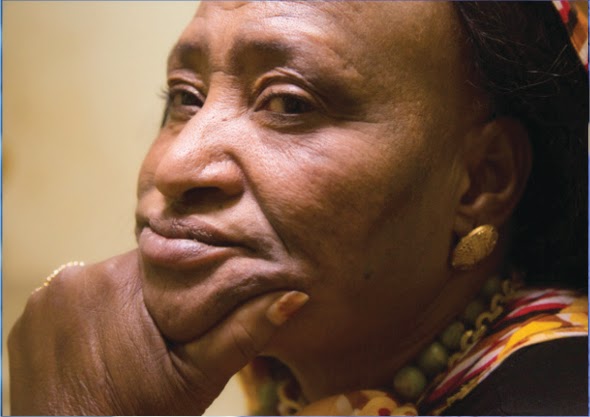 supposed associations with enemies of the state. Now in exile, Moussa will return home during filming to face his wife and community.

Kharia Arby – The “Nightingale of the North”, internationally renowned and the mother of music in all of Mali. Kharia’s home was raided by Jihadists and her records and instruments destroyed. Her life was threatened on many occasions, yet she remains firm in her criticism of the jihadists, despite the danger. She campaigns tirelessly for democracy and organises the first public concert in Timbuktu since the conflict to prove that musicians will not be silenced. But with Timbuktu still blighted with frequent suicide bombs, and the future of Mali’s musicians on her shoulders, her dream to return music to TImbuktu hangs in the balance.