It's virtually impossible to do any justice to this latest release by the ever eclectic Paul Elwood in mere words. As a writer, I acknowledge that they can only hint at the kind of sounds a listener might expect from 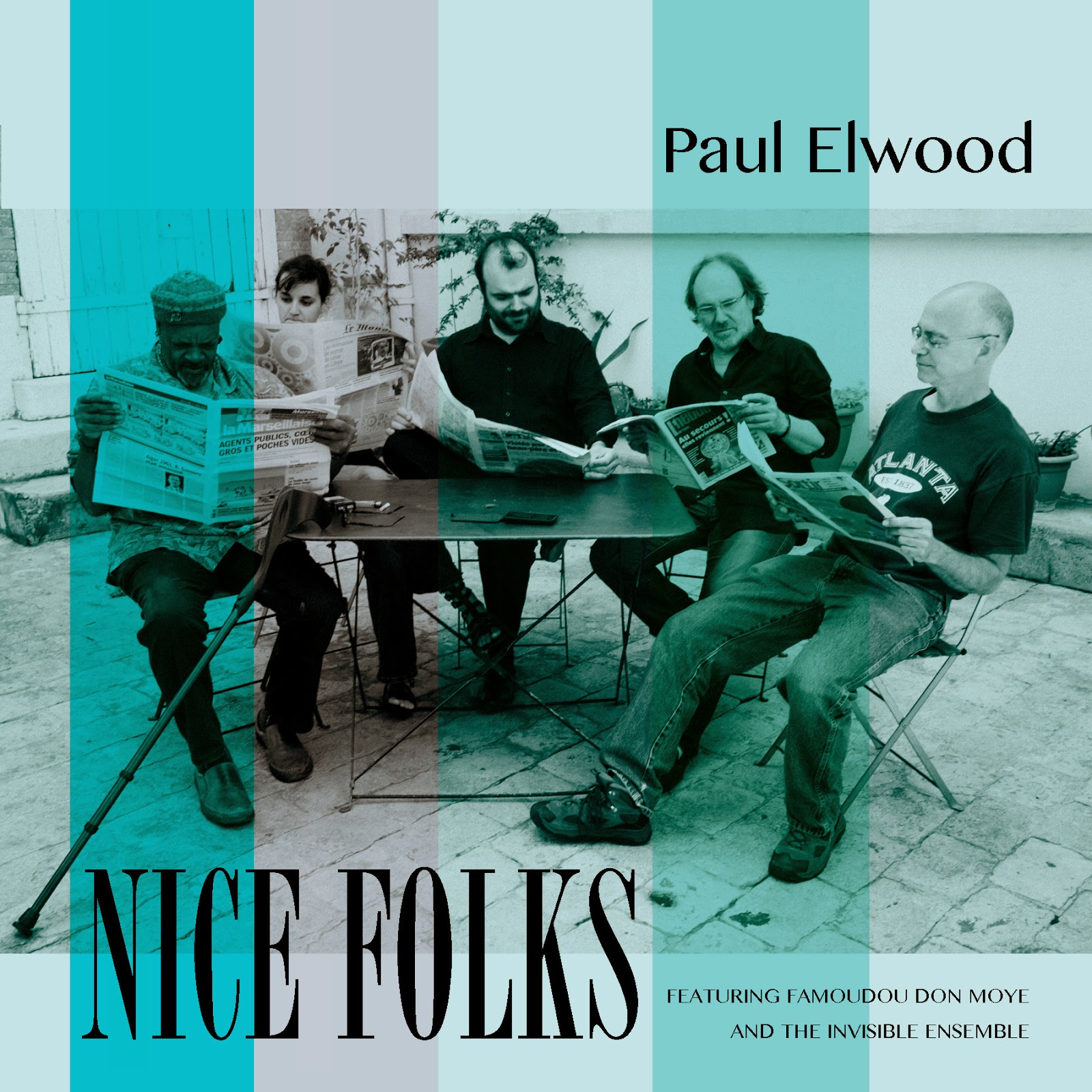 Famoudou is the renowned percussionist with the legendary Art Ensemble of Chicago (AEC), a major innovative voice in the history of jazz. Elwood's recordings use the group's facility for improv and his compositions are intercut with short improvisational sections.

The name of the album - Nice Folks - is a riff of AEC's 1970 album, Nice Guys. As Elwood describes it, this group - the Invisible Ensemble - came together quickly after he met Moye by chance at a music festival in Marseille. He assembled a group of high level young French musicians just for this recording project.

On his last recording:

As a banjoist, it was the culmination of Elwood's lifelong dream to play an an avant-garde jazz ensemble.

"This project enabled me to bring to realization a dream I had for many years of using my instrument within the context of an avant-garde jazz ensemble; Famoudou Don Moye’s presence on the recordings is a direct connection to the vanguard of the experimental jazz movement of the ‘60s and ‘70s. I believe that this recording will be of interest to others in that it will offer fans of the AEC the opportunity for an aural update on this legendary percussionist and to hear him in a new context."

The recording came together in a whirlwind during the summer of 2014.