Naples, FL — Artis—Naples CEO and President Kathleen van Bergen announced today a three-year residency with the Vienna Philharmonic Orchestra, which will consist of six performances over the span of the residency as well as community partnerships and educational initiatives led by members of the orchestra beginning in the 2015-16 season. The residency will bring the venerated orchestra to Florida for the first time 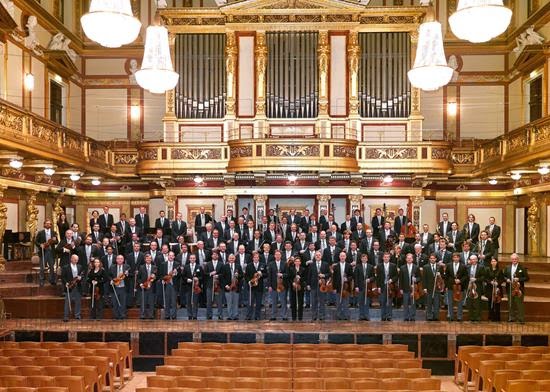 for performances at Artis—Naples, home of The Baker Museum and the Naples Philharmonic, on March 1 and 2, 2016.

“Sharing the impeccable musicianship of this celebrated ensemble with our community is one of the greatest partnerships we’ve established for Artis—Naples,” Ms. van Bergen said. “It’s a rare and exciting opportunity to present an orchestra steeped in European tradition and history. This residency will have a lasting impact on our community and reinforce our city as a cultural destination. Hosting an orchestra of such great stature and reputation exemplifies the artistic excellence for which Artis—Naples has become known.”

The Vienna Philharmonic, led by Valery Gergiev, will launch its residency in the spring of 2016 with two concerts. On March 1, the orchestra will perform Richard Wagner’s Overture to The Flying Dutchman, Debussy’s evocative La mer and Ravel’s adaptation of Mussorgsky’s Pictures at an Exhibition. The second evening features selections from Wagner’s Parsifal paired with Tchaikovsky’s Manfred, a unique programmatic symphony composed between his fourth and fifth symphonies. Over 100 musicians will be on the Hayes Hall stage.

“It will be our great pleasure to come to Naples, sharing our music, reaching out to audiences, and interacting with the community,” said Harald Krumpöck, managing director of the Vienna Philharmonic. “As our motto, taken from Beethoven, says, ‘from the heart, to the heart’.”

music-making to new heights, and we currently have on exhibit in the Baker Museum Masterpieces from the École des Beaux-Arts, Paris – the first such exhibition in the U.S. in more than 40 years. The Vienna Philharmonic residency in Naples is yet another step in our effort to bring the best cultural arts of the world to our community.”

During each residency, members of the Vienna Philharmonic will interact with the community in a variety of initiatives ranging from public master classes with members of the Naples Philharmonic Youth Orchestra to lectures on Viennese culture and traditions as part of Artis—Naples’ popular Lifelong Learning continuing education series, which has more than 7,500 participants each year. Further initiatives may include panel discussions and symposia to be announced at a later date.