With gorgeous, nimble dancers and acrobats - including a fully vulcanized troupe of acrobats from 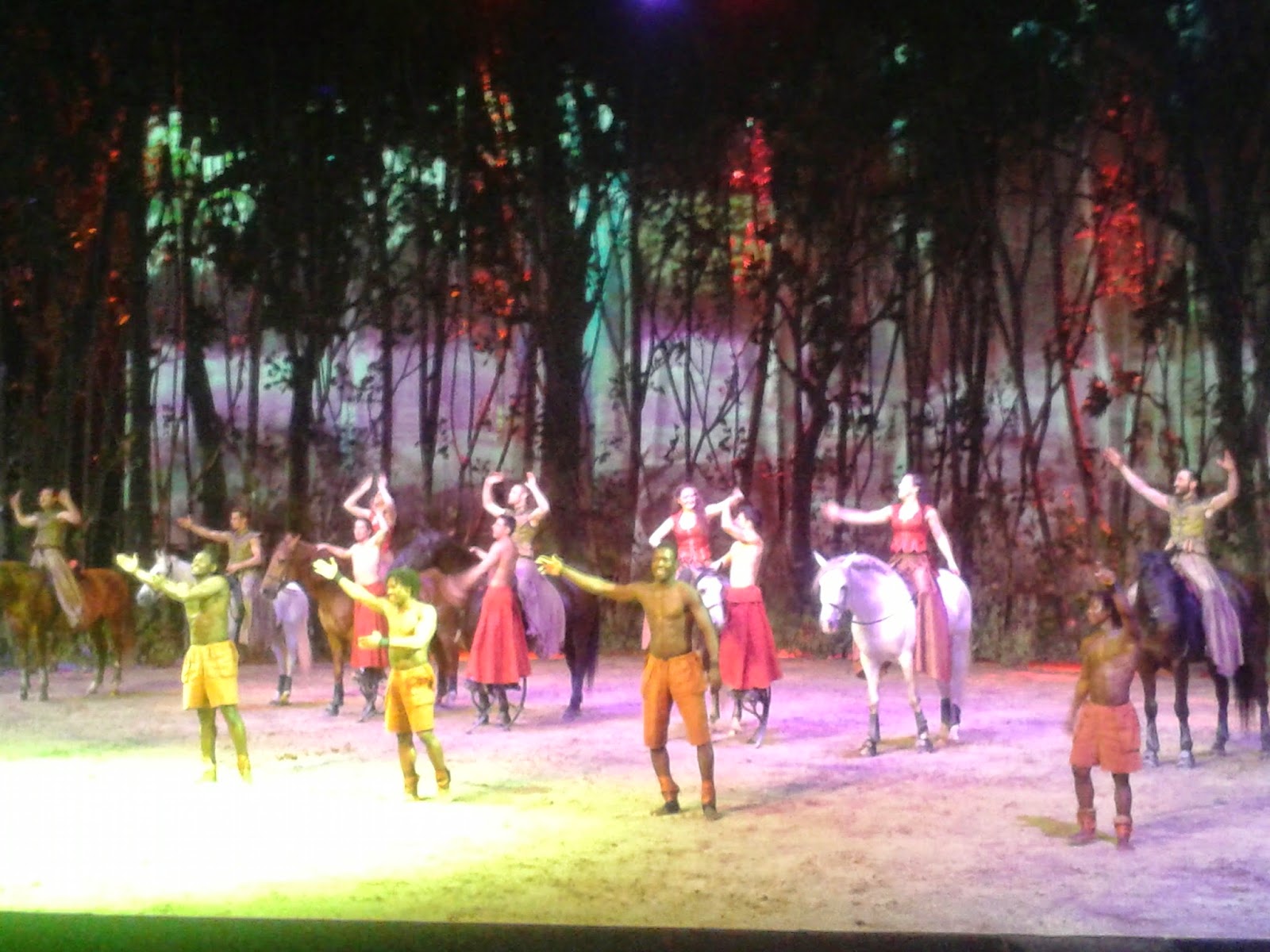 Guinea - the usual Cirque-ish attention to production values, live music and of course, horses and more horses, there's not much not to like about Odysseo, Cavalia's  spectacular production that returns to Toronto's portlands after a three year hiatus.

Odysseo is essentially a fantasy, a meditation on various landscapes - rendered in a stunning panoramic set with a combination of superb video from three IMAX screens and a stage set that included a mountain the horses rode down from and - at the very end of course - a 300,000 liter pool that fills up at the bottom of the stage.

With 70 horses, 45 performers and countless stage and technical hands (and they hire half their stage staff locally - another bonus,) this is the largest touring production of anything, anywhere and takes a 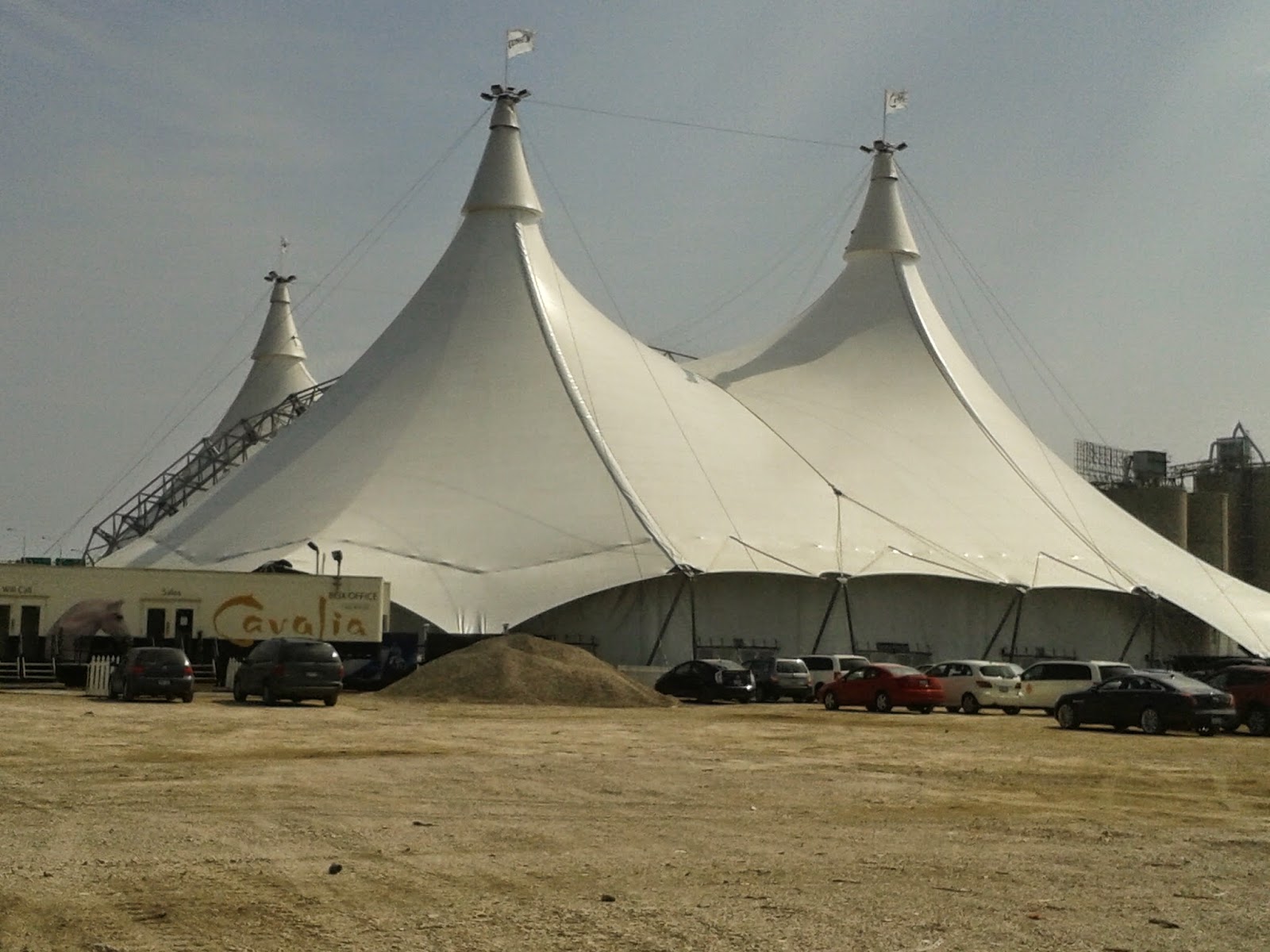 spectacular logistical feat to get and keep organized.

Just a few of the details:

According to founder and Artistic Director Normand Latourelle, it takes 21 semi-trailers and two to three weeks to get the show packed up and either set up or torn down. The company spent the winter touring Dallas and Mexico, with the horses taking a break in Kentucky before coming to Toronto for the show's run. This is no "just the show" experience either - there's a swank indoor/outdoor lounge area, bar, washrooms better than most night clubs and merchandise to any taste.

The run has already been extended by two weeks and I suspect it will be again for at least that long. Last time they were in Toronto in 2012, the show ran an impressive 18 weeks and sold 150,000 tickets.

Man & Horse
What is most to love about Cavalia is the clear love all of these people have for the magnificent animals they work with. The scenes include elegant exhibitions of dressage and formation riding, then 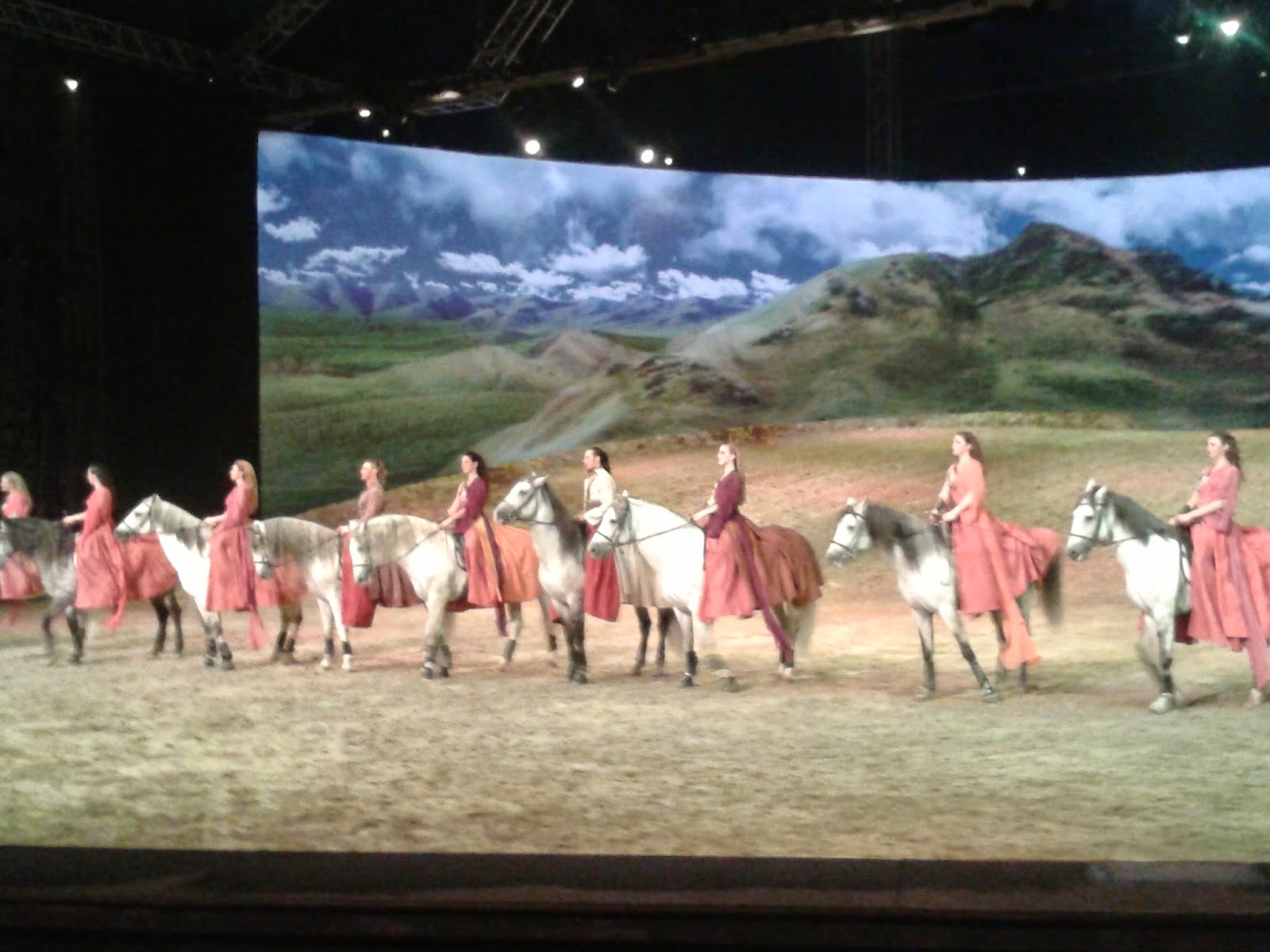 switch to acrobatics, then Western-style daredevil trick riding on Appaloosas that thunder by at breakneck speeds.

One of the highlights for me is the so-called liberty training - where the horses perform without rider, saddle or any tack at all, free and only to the voice of one trainer. Twelve white and grey Arabians performed various moves - and behaved despite the obvious rivalries between them. It takes a very deep understanding and trust to be able to pull that off; an impressive feat.