• Check out the single & Name Your Own Price 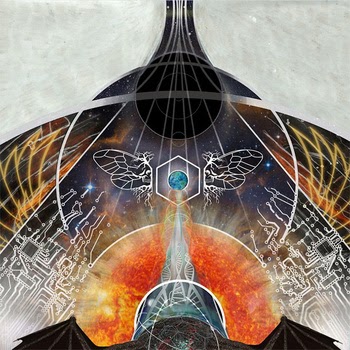 The Unraveling is Steve Moore on vocals and lyrics and Gustavo de Beauville on pretty much everything else, a Calgary-based hard rock duo whose latest single and upcoming CD you could say have truly been forged in fire.

With a sound that happens somewhere where hard rock and industrial collide, the band first came to the media and public's attention in 2010 with the release of 13 Arcane Hymns, a full-length concept album that was listed in Suite 101's Top Heavy Metal Albums of 2010. Pitch Black Magazine called it "a 13-track emotional and industrial-infused metal masterpiece.”

Move Forward Until You Are Dead, from the last CD:

A diagnosis of cancer, that battle and recovery sidelined singer Steve Moore for a few years but his recovery has been marked by a return to music - and the recording studio for the band. During the hiatus, Gustavo developed his production skills and worked with a number of other projects.

The vocals on the single, appropriately entitled Revolt, are raw and edgy, contrasted by soft male voices in chorus. The emphasis here is on the words and the message, hammered home by a powerful drum line and staccato guitar work that puts all the focus on the voice.

The lyrics are poetic and pessimistic - revolt is the only answer to society's corruption.

It's not an unfamiliar theme in the hard rock genre, but The Unraveling give the sentiment a sense of sincerity and authenticity in the delivery. I would have preferred a more organic than electronic drum sound, although I'll admit that the electronics that drown the song's ending are a nice touch.

A preview of the new studio album - of which this is the first single...