Toronto, ON – Theatre Smash and fu-GEN Theatre Company, in association with Buddies in Bad Times Theatre, present DURANGO – a play by Julia Cho that follows a Korean American family’s impromptu 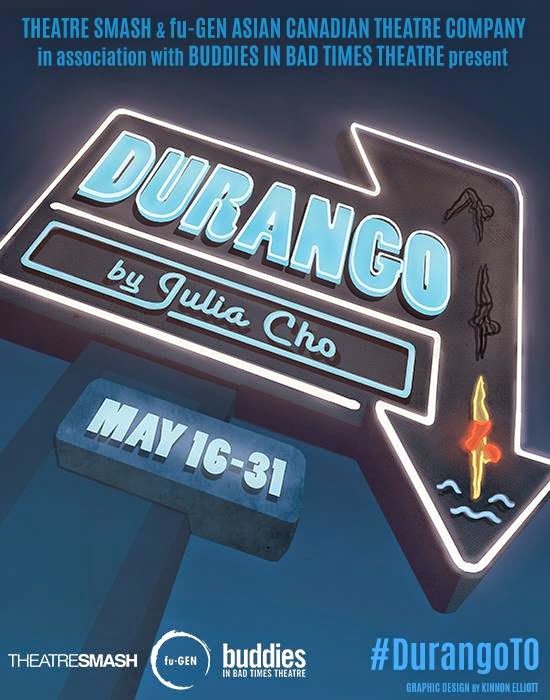 “I am thrilled to be staging Julia Cho’s beautiful play, one which is inspired by both traditional American naturalistic family dramas, and mesmerizing theatrical feats of magic realism,” said Corcoran. “What is most captivating, for me, is how Julia Cho builds upon and subverts American family dramas, subtly and slowly drawing out the family’s secrets, at almost every step giving the audience more information than the characters themselves.”

One of American theatre’s rising stars, Cho is a playwright with a reputation for creating intricate narratives that blend fact and fantasy. Although she has received numerous awards, this is the first time Cho’s work will be produced in Canada. In DURANGO, Cho explores the entanglement of family values and personal responsibilities through the lives of a Korean immigrant and widower, Boo-Seng Lee (Kanagawa), and his two sons (Yee and Nozuka) as they take an ill-advised vacation to Durango, Colorado.

Told in the style of the American classics, DURANGO is more than a family road trip; tackling ideas of racism, homophobia and generational secrets in an intimate and complex story of a family’s disintegration. The design from set & costume designer Jung-Hye Kim – a family home sinking into the ground – uses visual metaphor to express this idea, bridging the two aesthetics of DURANGO’s world: magic realism and stark naturalism.

“We have been looking for an opportunity to partner with both Smash and Buddies for a while, always thinking it would have to be two separate projects,” said Yee. “What Julia Cho does so beautifully is seamlessly weave disparate dramatic narratives together within a theatrical aesthetic that all three of our companies responded to quite viscerally. The play has the quiet and stillness of that Arizona desert they’re travelling along on the surface, while there is a storm raging just below. That tension spoke to all of us, the nature of it pulled our companies together, and it made the decision to program Durango rather simple.”

DURANGO will be presented at Buddies in Bad Times Theatre (12 Alexander St.) from May 16 to 31. The performance is approximately 90 minutes with no intermission. Tickets from $20 to $37 are available online at buddiesinbadtimes.com or by phone at 416.975.8555.