New York, NY  – May 19, 2015 – Recently, A Tribe Called Red (ATCR) finished their US tour that saw them play Coachella, Gathering Of Nations (biggest powwow in the world) and the reopening of the 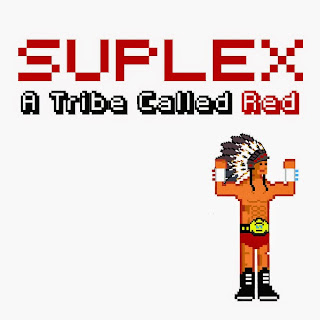 Whitney Museum back to back. That series is very telling about the kind of people A Tribe Called Red is touching with their music and the communities they are visiting.

For the last few years, this all-indigenous Canadian band has been THE success story in their country, winning the 2013 Juno for Breakthrough Band of The Year (equivalent of Grammy) as well as critical praise (two years in a row nominated to the Polaris Music Prize). The band became known for their collaboration with Das Racist and Angel Haze and their performances at top festivals like Bonnarroo, Made In America, New Orleans Jazz Fest, AfroPunk fest, Movement Festival and Electric Forest.

Today, the group dropped their new EP, Suplex – available now on iTunes. The four-song EP features the group’s signature unique style of traditional Pow Wow music mixed with club sounds. With guest performances by Aboriginal hip-hop veteran, Hellnback, and past Tribe collaborators, Northern Voice, the EP also features a remix of the track Bodyslam by Canadian duo, Smalltown DJs. Tribe premiered the video for the title track today on FADER.  The video follows the story of a Native youth, who after growing up with no role model of his own, becomes one when he turns into a wrestling champion. Check it out here.

"Growing up in a world where indigenous people are so under-represented in the media, you tend to identify with what's available to you," comments Bear Witness. “The connection between the indigenous communities of the Americas, and professional wrestling, is really heavy. In North America we had pros like Chief Jay Youngblood and Wahoo McDaniel who where indigenous, but had to dress in headdress and tassels to compete. In my generation, we all loved the Ultimate Warrior and hated Tatanka. Even if nothing about the Warrior was indigenous, we made some kind of cultural connection to him. More recently, The Rock has shown us how a proud indigenous man can make it as a wrestler on his own terms. The idea of the video was to show that connection we made to these people beyond stereotypes, but also to see an indigenous character make it, without needing the stereotype." 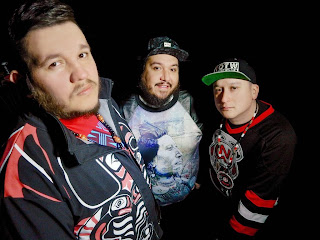 Named after the notorious wrestling move, the Suplex EP channels the 80s aesthetic. The album cover image depicts an 8-bit wrestler character wearing a headdress – as Tribe continues to touch on questions regarding the representation of Indigenous peoples (or lack of) in mainstream media, stereotypes in sports, and the need of indigenous role models.

About Hellnback
Hailing from the Samson Cree Nation (Hobbema, AB), Karmen James Omeasoo, aka Hellnback, is considered one of the aboriginal hip-hop scene's biggest and brightest. As co-founder for memorable groups such as Warparty and Team Rezofficial he just released his newest solo project, #FOE = #FAMILYOVEREVERYTHING.

About Northern Voice
Northern Voice represents a new generation of northern style Pow Wow singers from the Atikamekw territory of Wemotaci, located deep in the forests of the province of Quebec.  Their original songs are inspired by their spiritual relationship with the Timber Wolf, which is never far from the Atkamekw experience.

About Smalltown DJs
The infamous Smalltown Djs are a house & club production duo out of Canada, with releases on Fool's Gold, Main Course, No Brainer & Top Billin. They also own & operate the Hifi Club, one of North America's most renowned & revered clubs.