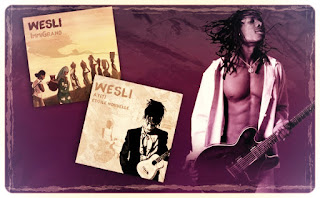 Born in Port-au-Prince, Haiti, Wesli (Wesley Louissaint) built his first guitar out of an old NGO- provided oil can and nylon shoe lace when he was just eight years old. Coming from a family of 8 children where music was a daily food for the soul, it became second nature to him, a unique and vital way out of the violence and misery found in the surrounding ghetto. Wesli’s musical journey started in the gospel choir of his local church and then he adopted the guitar as his main instrument.

Now he's giving back that opportunity to a new generation. Proceeds from the acoustic album Ayiti Étoile Nouvelle will raise money for the music school Wesli founded in Haiti.


He's played with and opened for many of the greats of West African music, including Tiken Jah Fakoly (who guested on his last CD,) Alpha Blondy and Sekouba Bambino and played with many high profile Quebec artists like Lorraine Klaasen, Lilison Di Kinara, Gage, Inword and Nathalie Choquette.

For the last several years, Wesli and the band have kept up a tour schedule that has included more than 50 appearances on the stages of Canada's major music festivals and they've made many appearances on TV and radio. The band has had a busy touring schedule across Canada through 2014 and into this year and the newalbums have gotten great reviews in the media. 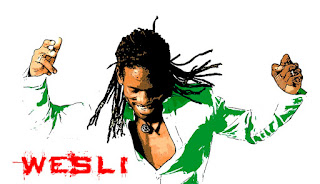 This summer 2015, the band will be partying it up on another Canadian tour. Among others, here are some of the highlights to put in your calendar:

...and many more. For the full listing of shows, check out his website.

The band is currently working on videos and singles that will be released through the summer but in the meantime here's a recent unplugged clip of Wesli solo: