• Pre-order/Buy on iTunes
• Available in Europe

Boom! Belt up and prepare for ascent. This bass heavy and potent collection features the key Peruvian producers and DJs that have helped build Lima’s reputation as ‘jewel in the crown’ of South America’s rave & party scenes. Tropical bass artists like Dengue Dengue Dengue, DJ Chakruna, Animal Chuki and Deltatron have long been guided by the roots of chicha and Peruvian cumbia. This sees them reshape and digitally render the original sounds fashioning new cuts inspired by dubstep, techno, trap, grime, house and electronica all aimed squarely at the dancefloor. Peru Boom celebrates one of the most vibrant contemporary club scenes in the world. 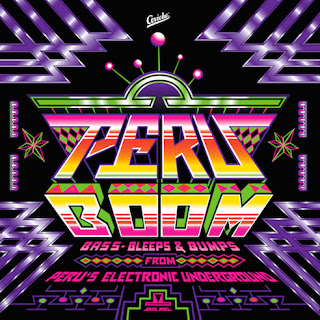 Detroit has techno, Chicago has house, and Peru’s DJs and producers consider Lima as the home of Tropical Bass. A global and amorphous style of music that has producers, DJs and flag-bearers from various corners of the world from South Africa and Angola’s Kudoro scenes to the favela and Baile Funk parties of Brazil. International DJs like Diplo, Switch and labels like Mad Decent have long been absorbing and redefining the sound.

Electronic music made in Peru is often influenced by the national music style ‘cumbia’, a slow and syncopated style of music full of complex rhythms.  Lima is the central meeting point for all of Peru’s Andean, African and European cultures and this is reflected by the music blaring out from speakers around the city.  With an admirable respect for labels like Infopesa, the most influential label in ‘60s & ‘70s Peru for chicha and Peruvian Cumbia, the artists of today often use old rhythms and melodies, splicing and cutting up original tracks and adding in new electronic textures and programmed beats.

Peru Boom is the third compilation released on Tiger’s Milk (in conjunction with Strut Records). Following hot on the heels of the 1960s jazz and 70s funk of Peru Bravo and Peru Maravilloso, this marks a new departure for the label, bringing things bang up to date with the latest electronic sounds. 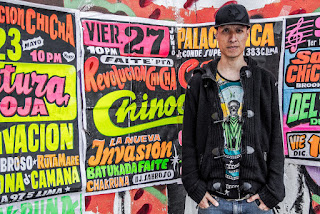 Martin Morales, founder of Tiger's Milk Records says, "It was a life-changing night 3 years ago that led to the beginning of Peru Boom. I was invited by my friends in a band called Dengue Dengue Dengue to one of their parties. DJs were mixing chicha rhythms with serious basslines and halfway through the night, chicha bands from the 70s would play on stage. Kids would go nuts at both the tropical bass and the traditional sounds. This was like a modern rave Peruvian style the like I'd never seen before. Peru Boom tries to capture that sound. Since we started Tiger's Milk, Duncan and I have tried to capture moments in time of Peru's history. Early 70s political funk (Peru Bravo), late ‘60s jazz and latin (Peru Maravilloso) and todays' brightest underground scene (Peru Boom).

Peru Boom shows that those at the forefront of today’s music are carrying the flag for Peru’s musical heritage, bringing traditional and once popular sounds bang up to date, creating a new history influenced by the fast paced and modern city of Lima.

The album cover is a commissioned work by top Peruvian artist Ruta Mare. The design combines ‘80s electronica with bold colours expressing the many faces of the tropical and global bass scenes. 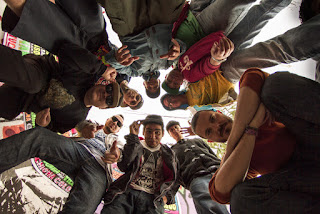 About Tiger's Milk Records
Tiger’s Milk Records is the first ever Peruvian label based outside of Peru, and stems from a passion to discover and celebrate the breadth of music made in Peru from punk to funk, chicha to cumbia and folk to electronica, past and present.