Toronto – Soundstreams and Canadian Stage today announced the all-Canadian cast for the North American premiere of internationally acclaimed and multiple award-winning composer Philippe Boesmans’ chamber opera Julie, which will be presented in English November 17 to 29, 2015 at the Bluma Appel Theatre. Depicting a flirtation that turns into an erotic danse macabre between its aristocratic title character and her father’s valet, August Strindberg’s play Miss Julie was considered too scandalous to be produced when it was written in 1888—only to become a defining classic of modern drama. Canadian Stage Artistic and General Director Matthew Jocelyn directs this acclaimed chamber-opera adaptation, with music direction by Les Dala. 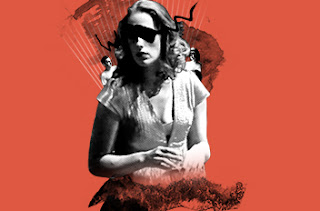 The role of Julie will be sung by London, Ontario opera singing sensation Lucia Cervoni, in her professional Canadian debut. Hailed by critics around the globe as possessing a voice and presence that are “beautifully rich and glamourously beautiful to behold,” she recently debuted and premiered as the lead role in Germany’s first ever production of Fibich’s Die Braut, sung in Czech. Other roles include Dorabella in Cosi fan tutte, Octavian in Der Rosenkavalier, and Hänsel in Hänsel und Gretel, all with Theater Magdeburg.

Baritone Clarence Frazer, currently a member of the Canadian Opera Company’s Ensemble Studio, will portray Julie’s forbidden lover, Jean. The Mississauga native has appeared with the COC in Madama Butterfly, The Barber of Seville, La Boheme and Cosi fan tutte; as well as the title role in Don Giovanni (Centre for Opera Studies in Italy), and in productions for both Calgary Opera and Edmonton Opera.

Finally, Ottawa-born Sharleen Joynt will portray Jean’s scorned fiancé, Christine. The coloratura soprano trained with Calgary Opera’s Emerging Artist Development Program and has sung all over the world, including three years as an ensemble member of the Theater und Orchester Heidelberg. She is acclaimed for her “technical command, spirited acting, and love of taking risks” (Opernwelt). Fans of ABC’s reality dating show, The Bachelor, may also remember Sharleen as a contestant from the series’ 18th season. 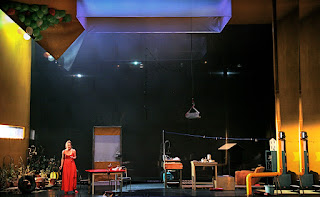 “Philippe Boesmans is widely considered to be one of the world’s greatest living opera composers,” says Matthew Jocelyn, “with new opera commissions coming regularly from the Paris National Opera, the Théâtre Royal de la Monnaie in Brussels, the Teatro Real de Madrid, amongst others. Oddly enough, Julie will be the North American première of any opera by this true master of the 21st century. Philippe has been a long-time collaborator of mine, and on the eve of his 80th birthday I am beyond words delighted that Canadian audiences will finally have an opportunity to discover the musical universe of this great composer, in the company of a truly exceptional cast and orchestra.”

"Canada is producing so many great young singers, but all too often Europe beckons with its many reputable opera houses offering stable and lucrative employment,” says Lawrence Cherney, Artistic Director of Soundstreams. “So it is with great anticipation that we bring two of our three singers back to Canada for starring roles in this brilliant production."

SHOWS AND TICKETS
Tickets may be purchased by phone at 416-368-3110 or in person at the Canadian Stage Box Office: Berkeley Street Theatre (26 Berkeley St). Full details and tickets are available at canadianstage.com