Cambodian tonality and instrumentation combine with modern electronics in To Where Tengger Leads Me, the debut solo release from Nature Ganganbaigal - or Tianran Zhang in Chinese - a Mongolian composer whose music has been heard in films, commercials and video games. His scores have been featured in Official Selections at the Montclair Film Festival, 2015 Timecode:NOLA Film Festival and 2015 RxSM Film Expo among others and he's composed film scores for China Central Television. He appeared on MTV when the album was first released last fall. 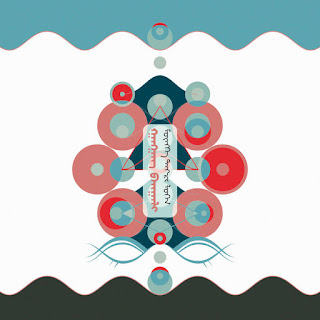 Along with composing music, he's a throat singer and plays the Mongolian Morin khuur or horse head fiddle. As a soloist he's performed with the NYU Philharmonia and Combo Nuvo, a jazz group based in New York City.

The first track, Expedition, proceeds at a breakneck pace with insistent percussion and the distinctive timbre of his horse head violin on top of it all - at times languid, at times furious. It's hypnotic and eminently danceable.

While the music brings contemporary Cambodia vividly to life, there are some Western flourishes and harmonies and dance rhythms mixed with the traditional sounds - sweeping harmonies and synth grooves. There's an appropriately epic feel on the track Legend on Horseback.

The song titles and the music itself makes frequent references to the land and the horse culture of the plains people of Mongolia - Galloping Steeds - the Gobi Road - My Horse, Far in The Distance.

The tracks are largely instrumental with the occasional deep vibration of throat singing. Far From AWay is a hauntingly pretty song - rather than words, he lets the violin do the talking and it results in a panoramic feel. You can see the broad horizon of the Mongolian landscape in the music.

His studies and work in film music lend a noticeably cinematic feel to much of the music. The Ritual has a sense of magic to it a track that builds a sense of foreboding and anticipation. The rhythmically complex Golden Horde was a favourite of mine, along with Symphony of Steel, Pt. 1 & 2 - atmospheric tracks that put you inside a dark and suspenseful mood.

Hymn of the Earth is traditional in mode and expression and Homeland Song is sweetly evocative song, featuring the soaring vocals of NanDin.

It's easy to see why he's gotten a lot of attention with his evocative scores and virtuoso playing. 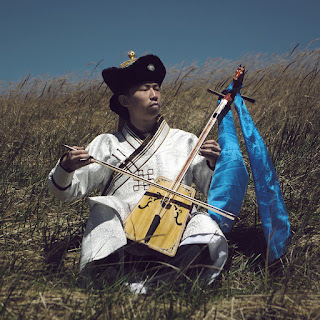