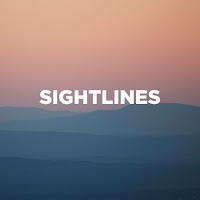 Toronto-based singer/songwriter/musician/producer Steve Benjamins is a one man show on his recently released EP, Sightlines. He plays piano, guitar, synths, drums and bass and serves as songwriter and co-producer on the release, a collection of six tracks. The first singles were released April 17 and 29 and the whole EP on May 15 of this year. It's his third EP release in about two years.

The title Song has a stripped back feel that relies heavily on his expressive and accomplished voice - the dominant feature of this EP. Here it's accompanied by a spiritual/gospel-like arrangement that combines churchy organ sounds with pop-synth grooves.

We used to live, the first single, is upbeat pop with the edge of an urban anthem. Steve's vocals go from low and soulful to a higher and more insistent range. The track is like a roots/folk song lying underneath - and occasionally breaking through - contemporary electronic pop music.

Steve's lyrics combine the universal and a freshly modern sensibility; overall it's an ethereal and somewhat melancholic take on modern pop with romantic and universal themes. Devotion is an interesting and very brief track - all keyboards and wordless harmony.

Steamroller has faint shades of old Genesis guitar work and complex melodic lines, the vocals a clear high tenor range. In Exploding Boy he breaks through the laid back feel of the other tracks with a growing sense of urgency. The EP ends with the synthy and philosophical Later, a track that's short, synthy and atmospheric. 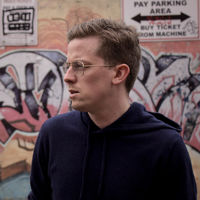 Steve Benjamins brings a sense of individual style to a crowded field of singer/songwriter/instrumentalists and offers a fresh take and some very fine vocals to the package.