Visual Arts: Summer Exhibitions at the Art Gallery of Mississauga 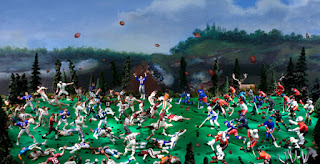 With the GTA community avidly focused on hosting the 2015 Pan Am & Parapan American Games, the AGM presents Be a Sport, a group exhibition featuring local and international artists exploring the cultural significance of athletic achievement, the continual quest for victory and how issues of gender, race, inequality and conflict are caught up in the arena of sport. Eight contemporary artists and collectives bridge the now often separated worlds of art and sports by using aesthetics, philosophy and humour to play with how we understand some of our favourite pastimes. Participating artists include Hudson Christie, Lia Darjes, JEFF&GORDON , Marc Losier, Leah Modigliani, Graeme Patterson, Diana Thorneycroft, and Weber & Schneider. Be a Sport is presented as an official IGNITE Community Partnership of the TORONTO 2015 Pan Am/Parapan Am Games. 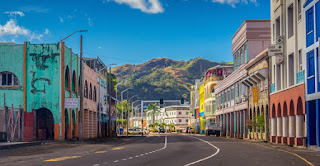 To celebrate the rich diversity of Pan American cultures, the AGM is partnering with the Hispanic Canadian Arts and Cultural Association to present the Pan American Photo Exhibition. This international juried show celebrates the vibrancy of the cultures in the 41 Pan American countries through the lens of photography to promote inclusivity and cross-cultural connection. The AGM will be one of the four venues on the tour of this exhibition: Metro Hall in Toronto (June 27 - July 2), The Art Gallery of Mississauga (July 2 - September 13), HCACA website gallery (June 25 - August 15), The Assembly Hall Gallery in Etobicoke, (July 23 - Aug 14).

In the gallery's XIT-RM space, Brampton-based artist Kim Lee Kho uses drawing, video and sculptural elements to explore ideas of barriers (whether internal or external), vulnerability and empathy. Kho's interest in confinement and vulnerability is influenced by her mixed-race identity and the experience of a decade of illness which often left her housebound. Through an immersive installation, Kho invites viewers to walk through a space that examines constraint in an open public setting. 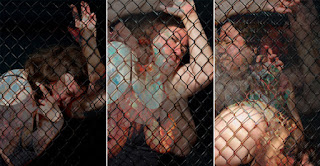 "The AGM is pleased to partner with the IGNITE program of the Toronto 2015 Pan Am/Parapan Am Games and the Hispanic Canadian Arts and Cultural Association to present exhibitions that address the ideas of diversity and equality and the unifying power of sport. As a host city for the 2015 Games, we are honored to feature the work of both national and local artists whose interest in transnational conversations speaks both to and from the multicultural fabric and dialogue of our vibrant city."

QUICK FACTS
• Programmed with IGNITE Community Partnership of the TORONTO 2015 Pan Am/Parapan Am Games, Be a Sport will feature both international and local artists examining the culture and influence of sports.
• The Pan American Photo Exhibition will feature an array of photographs from the 41 countries participating in the Pan Am Games.
• The exhibitions open at the Art Gallery of Mississauga on Thursday, July 2 at 6 pm. There will be a free bus from The Gladstone Hotel (1214 Queen St W, Toronto) at 6 pm.
asian canadian artist contemporary art gallery opening mississauga visual arts