• Check out the Show

TORONTO, ON – To continue to engage and educate Torontonians and visitors to the city about the works and life of prolific artist Andy Warhol, Revolver Gallery has launched a Rotating Lecture Series at the Andy Warhol: Revisited exhibit. 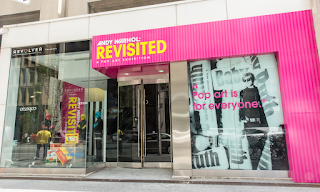 Beginning on Wednesday July 29, The Rotating Lecture Series will feature demonstrations and discussions from art luminaries and accomplished artists’ onsite in the gallery space, located at 77 Bloor Street West in Toronto. Tickets to the various events range in price from $18 to $23, and are available to purchase online and at the door. (Andy Warhol: Revisited exterior. 77 Bloor St. West. Image by Anthony Cohen.)

Open Studio – Wednesday, July 29; 8 to 9 p.m.
Presented by Open Studio artist Meggan Winsley, this event will feature a screen printing demonstration and a discussion on the history of the silkscreen medium.

Launched in 1971 by printmakers Richard Sewell and Barbara Hall, Open Studio is a charitable, non-profit, artist-run center dedicated to the production, preservation and promotion of contemporary, original fine art prints.  Today, Open Studio is located at 401 Richmond Street West in a vibrant complex that is home to over 130 arts and community organizations.

Gary Taxali - Thursday, August 6; 8 to 9 p.m.
Accomplished international artist, Gary Taxali will discuss Warhol’s impact on today’s artist and how it has informed his own approach to painting. Explore Warhol through an artistic lens as Taxali discusses the artist through his own paintings in this engaging audio visual presentation. A meet and greet with the artist will follow the lecture.

Born in India and raised in Toronto, Gary Taxali is an internationally acclaimed contemporary artist. His retro stylized art, reminiscent of depression era advertising, typography and packaging in the realm of pop art has garnered many awards (including a 2009 Grammy nomination for album art for Aimee Mann).  His major influences include Andy Warhol, Ray Jonson, The Fleischer Brothers, the Russian Avant-Garde, and 1930s and 1940s packaging design, advertising and typography. 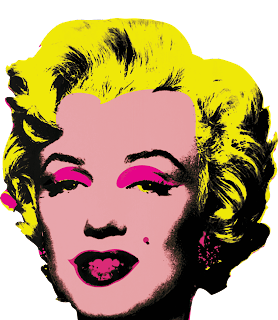 Tavis Coburn - Thursday, August 13; 8 to 9 p.m.
Internationally acclaimed artist, Tavis Coburn will be presenting a selection of his 40s era comic book inspired art, and highlight Warhol’s influence on fine art in the digital disciplines. Meet and greet with the artist will follow the lecture

Toronto-based illustrator Tavis Coburn graduated from California’s Art Center College of Design with a BFA in illustration. Since then he has created numerous works for leading publishing, advertising, and music companies in North America and Europe. His illustrations are influenced by 1940s comic book art, the Russian avant-garde movement, and printed materials from the 1950s and 1960s.

Meraj Dhir – Thursday, August 20; 8 to 9 p.m.
Harvard-trained art historian and art critic for FashCam.com, Meraj Dhir will present a multi-media lecture on Andy Warhol's art and film production within the context of the Pop Art movement. Specifically, Dhir will discuss the importance of Warhol to the history of art and the broader cultural sphere. Dhir will assess Warhol's formation as an illustrator and his use of the fine art medium of painting to mediate themes and motifs from mass media and consumer culture. Dhir will also relate Warhol to other so-called "Pop" artists such as Richard Hamilton, Roy Lichtenstein and more recently Ed Ruscha and Jeff Koons. Through detailed formal and historically sensitive analyses of individual works on view in the exhibition, Dhir will propose the multiple ways we can understand the importance and impact of Warhol to the history of art.

Warren Steele – Thursday, August 27, 8 to 9 p.m.
Assistant Professor at Western University, Warren Steele will present academic mediation on the apparent (non) meaning within many of Warhol’s works. Key works from Warhol’s body of work will be discussed in detail.

With a PhD in English Literature from the University of Glasgow, Steele works principally on relations between literature and technology in the twentieth and twenty-first centuries. Presently Steele teaches courses at Western University on a variety of subjects, including a second year required course, MIT 2500: The Meaning of Technology, and three third year electives: MIT 3218: Technology, Democracy, and Postwar America; MIT 3224: Crash Landscape; and MIT 3935: Race, Ethnicity and Technology. Beyond this, Steele’s research interests include: the philosophy of technology (Heidegger, specifically); technics and responsibility; the politics of love, memory, mourning, and melancholia; film; critical race theory; critical whiteness studies; Marxist political economy; and media theory.

*Andy Warhol: Revisited is only open to Lecture Event Series ticket holders during these dates and times, and will be closed to general admission entrance. 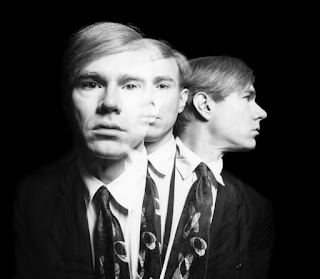 Open Tuesdays through Sundays from 10am to 8pm until December 31, 2015, admission to Andy Warhol Revisited is $10 for adults, $8 for seniors (65+), $5 for students (full-time with ID) and youth (6 to 17), and kids (under 5) are free. VIP passes for $30 gives visitors’ unlimited access to the exhibit throughout its duration. www.warholrevisited.com.