• Coming up on iTunes 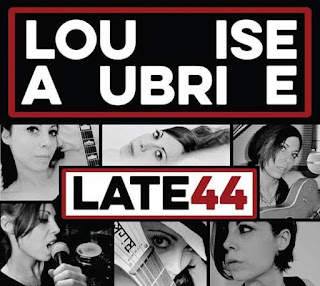 Indie, post-punk, pop melodies - all of the above apply to the new release by singer/songwriter Louise Aubrie. Late 44 is the third release by the London-born musician who divides her time between the u.K. and New York City. The CD was recorded at the legendary Abbey Road Studios in London, England and includes roster of back-up talent that includes Tom Edwards (Adam Ant), Joe Holweger, David Ruffy (The Ruts, Adam Ant, Dexy's Midnight Runners) and Boz Boorer (Morrissey, The Polecats).


There's a nice energy to Masterstroke, the first track and a post-punk emphasis on the classic guitar. Her clear alto contrasts with the jangly guitars and insistent rhythms, with shades of a Roy Orbison tremble at the end of a line. In Tearjerker the lyrics cover the usual territory of heartbreak and desire with a clever edge.

In Perfect Battle Cry indulges in some interesting vocal acrobatics that work in this song but less so in others. As a singer, she has something of a little girl quality to her voice that is a bit thin for some of what she's trying. The strain may be intended for effect but it comes across as a stretch.

The raw energy of punk is tamed and given a careful finish, with clever rhythmic structures that don't allow for boredom along with catchy tunes and choruses.

Next to Nothing is a highlight, 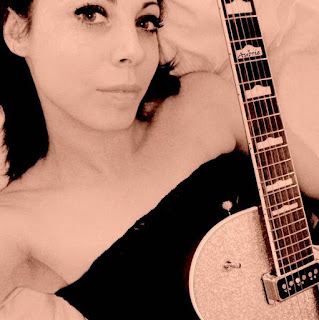 Here the vocal delivery suits the emotion of the song - the tremolo used to good effect and the thin edge echoing the bittersweet mood in a melodic and harmonic structure reminiscent of late 1950's boy band music. I also liked the surfer rock echoes in Kiss Of Life, where the vocals make a nice contrast to the hypnotic swing. Candlelight slows the tempo, the band slipping into a haunting groove - that's the signature sound of the album.

One False Move plays to her vocals with a nice agility in the upper range; the quality works with the words and is bolstered by harmonies at the chorus that fatten up her sound.

Louise offers a sound that's familiar yet varied enough to avoid monotony and a killer back-up band that adds textures to the music.