• Check out all their music 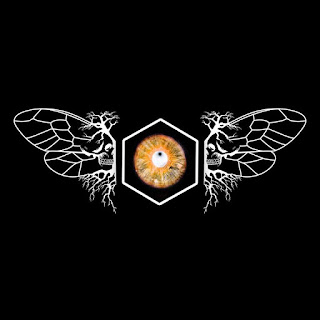 The Unravelling is back with a dark new single - Master Drone. The progressive metal duo got high praise for 13 Arcane Hymns, their debut album but the project was sidelined in 2011 when lead vocalist Steve Moore was diagnosed with cancer. But after a bout of treatment and recovery, he's back together with co-founder and instrumentalist, Gustavo De Beauville and raring to record.

This is the second single for the Calgary-based duo after their reunion. The first, Revolt, garnered them media attention and over 20K followers on their Facebook page in just two months. Moore has this to say about the new song,

"The Master Drone is certain of his reality, and therefore living through an artifact. He is opinionated, and likely a respectable, ambitious member of society. He could be a motivational speaker, an atheist, a religious leader, a 'life coach' or a serial entrepreneur. He thrives within identity and strives for new identities as he grows old. He's in all of us. He represents our human programming."

The song takes a stark approach that adds to the atmospheric qualities - ethereal, dark and delightful. Moore's strong vocals are doubled in some sections. He's a gutsy screamer with an unforced sound, like it was his natural mode of expression - but still capable of expressing the angst. The vocals force themselves between an insistent, staccato pattern that weights the rhythm section and soaring guitar lines.

It's an enjoyable diversion to the dark side.

Recorded, mixed and mastered by Gustavo de Beauville
Lyrics and vocals by Steve Moore
Artwork by Shaun Friesen of Freezen.ca