Explore the rhythms, mythologies, histories and delicacies of the islands with a diverse lineup of artists and thinkers striving to leave their mark on Caribbean cultural identity and catalyze an emerging generation. Presented in partnership with Festival Kompa Zouk Ontario.

• Check out the Schedule of Events

A leading cultural festival for over a decade, Island Soul returns this year by casting a wider net across the Caribbean Sea and looking at the multitude of islands that make up the rich tapestry that is the Caribbean.

Through the lens of the Big Idea: Seven Generations we explore the roots of Caribbean culture by making connections between the pioneers and today's cultural ambassadors. Island Soul will take the audience on an odyssey across generations, from tracing the roots of modern day steelpan music, a spotlight on the diversity of the French Caribbean and a celebration of Bob Marley's immense global impact since his birth 70 years ago.

The concept of duality is seen in different facets of Caribbean life. Geographically, we see this through 'twin islands' such as Haiti and the Dominican Republic, and Trinidad and Tobago. Toronto's Caribbean community understands the concept of duality, splitting their cultural identity between Canada and their Island homes. We also see this example in the influx of diverse communities who have made the islands their homes, influencing Caribbean culture in their own way. Finally, through spirituality, we see duality in the religious practices between Catholicism, Vodoun, Santeria and Rastafari. Through our music and dance showcases, as well as through a series of artist talks, Island Soul will reflect on the concept of duality as the cornerstone of our overall programming. 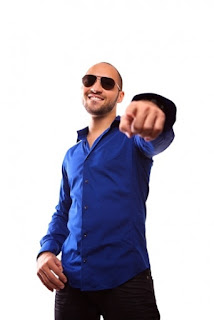 Island Soul 2015 will feature a diverse lineup of artists and thinkers who strive to leave their mark on the Caribbean’s cultural identity and hopefully serve as a catalyst for the emerging generation to continue evolving their traditions.

Festival Kompa Zouk Ontario brings together the largest gathering of local, national and international Creole artists in Ontario. Named one of Ontario's Top 100 festivals, this event presents a perfect opportunity to experience the music, dance, cuisine and crafts of the French Caribbean, now part of Canada's cultural heritage.

The number "7" has an important meaning in some Caribbean islands representing the mysterious number, a number of luck and originality. The vast ocean of the planet consists of seven 7 (if you split Atlantic into North and South as some people do) interconnected oceans, without borders. In the same way, our vision for the 7th edition of Festival Kompa Zouk is a festival without borders or barriers.

August 2, 2015 will be a rendezvous for all – community, friends and families – prepared to create unforgettable memories as we celebrate Creole culture. Be ready for an exceptional program for Festival Kompa Zouk 2015! 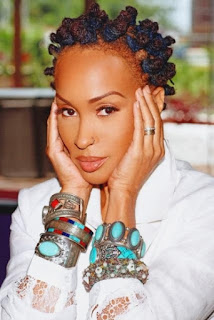 Part of Fatival Zounk - After a guest appearance at last year's Island Soul, J-Perry returns to FKZO day with the signature, Zumba-friendly sounds that have made him a global superstar. This time around he brings a full band for a performance that should help you get up, dance and sweat to his unique French-Caribbean vibe.

All hail the Queen of Soca! Alison Hinds is a leading figure in the contemporary soca scene, recognized for her high-energy performances and captivating vocals throughout the islands and abroad. Throughout her career she has inspired and influenced emerging female soca singers with her commanding and empowering presence. Hinds has collaborated with many popular Caribbean stars, such as Machel Montano, Richie Spice, Shaggy and Jah Cure.

Jane Bunnett & Maqueque - Making their debut on the Westjet Stage, internationally-acclaimed musicians Jane Bunnett and Maqueque give Canadian audiences a creative new outlook on daring and courageous artistry. Their merging of traditional Cuban music and folkloric rhythms showcases a refreshing youthful energy that will be sure to have everyone on their feet.