• Check out the full line-up

Toronto, ON – SummerWorks Performance Festival announced their official 2015 schedule. Recognized as Canada’s largest juried and curated performance festival, this year’s edition – SummerWorks 25 – marks the organization’s 25th anniversary. For 11 days from Aug. 6 to 16, SummerWorks 25 takes over stages, concert halls, parks, and unconventional performance spaces across the city with more than 50 productions and performances. 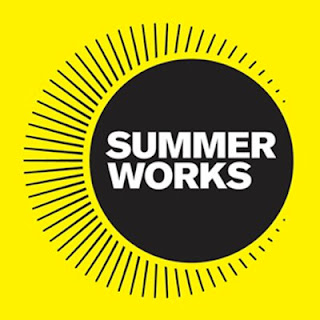 SummerWorks 25 features productions from five streams of performance: Theatre, Music, Dance, Live Art, as well as a series of Special Presentations from a variety of different mediums. New this year, each stream is curated by an expert in their field, who carefully selects the productions that are featured in their series.

“Over the past 25 years, SummerWorks has become an important space for artists to meet and develop new work.” said Michael Rubenfeld, SummerWorks artistic producer. “Our new Festival model is a move towards becoming an even more community-oriented, collaborative, and evolutionary organization. Instead of solely being programmed by the artistic producer, the majority of programming now lies in the hands of professional artists that are currently working in their respective fields. This new model represents an exciting future for the Festival with curators revolving from year to year, exposing our audiences to new ideas and perspectives and creating new opportunities for local artists.”

Another highlight of the anniversary programming is this year’s highly anticipated Production in Residence, Counting Sheep. Helmed by beloved guerrilla-folk party-punk band Lemon Bucket Orkestra, the production is the largest project SummerWorks has taken on to date, and will be the first time the organization partners with another company in a full co-production. An immersive Ukrainian folk opera, Counting Sheep shares a deeply personal retelling of the Maidan in Ukraine. With a cast of 15, Lemon Bucket Orkestra has created a visceral exploration into the politics of revolution, complete with song, dance, and an entire Ukrainian feast!

The 25th anniversary Theatre Series was curated by playwrights Rosa Laborde, Philip Mckee and Bea Pizano  and includes 27 performances. In addition to the curated Theatre Series, four theatre productions will join SummerWorks as part of the Special Presentation Series:  The Stranger, HYPER_, Let's Not Beat Each Other to Death, and Offending the Audience. With theatre productions curated by Rubenfeld, and a dance performance curated by Amelia Ehrhardt, this series features artists from across Canada who are making adventurous, original choices around performance practice, bringing their genre-bending productions to Toronto audiences.

A full overview of the Theatre Series is continued below.

SUMMERWORKS HIGHLIGHTS
To celebrate their anniversary, there are many exciting events and new additions to commemorate SummerWorks’ 25 years of fostering new work in dance, music, theatre and art. This year SummerWorks returns to the Factory Theatre (125 Bathurst St.) which will serve as the official hub of the Festival – hosting the Central Box Office, multiple performance spaces, and the ever popular Festival Bar.

Launch Party
SummerWorks 25 features a series of festival parties and events starting with the Festival Launch Party, July 17 at the Gardiner Museum (111 Queen’s Park). The Festival Launch Party will be featured as one of the Gardiner Museum’s DOORS at 6pm events, a series of Friday night cultural experiences throughout the summer, celebrating the diversity of Toronto’s cultural scene. Kicking-off the countdown to SummerWorks 25, this party will feature installations and performances from a number of this year’s incredible SummerWorks artists. Other events include partnerships with Open Roof Festival (July 22) and Art Spin (July 23) with additional parties and events to be announced throughout the summer.

Signature Beer
Festival goers will have the chance to sample an exclusive beer brewed by Double Trouble Brewing. A traditional German Radler made with local cascade hops, the SummerWorks Beer is infused with blood orange and celebrates the company’s 25 years of blood, sweat and tears! The beer will be available at the Festival Hub Bar while quantities last.

SummerWorks Lab
From August 10 to 14, SummerWorks will offer five different professional development workshops as part of their inaugural SummerWorks Lab. Each workshop will be hosted by a SummerWorks 25 artist: Christian Lapointe, Christian Barry & Stewart Legere, Freya Björg Olafson, and Aimée Dawn Robinson. All SummerWorks Labs will take place at the Factory Theatre Mainspace.

Conversation Series
SummerWorks 25 will feature a number of talks through their Conversation Series to be held throughout the festival at various venues. These talks will take place during the day, and each event will be hosted by one of the Festival curators. Highlights from the series include talks about “The Aesthetics of Scarcity”, “On Fostering Competition” and “The Evolution of the Performance Ecology”. 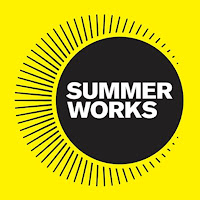 Tickets
Passes are now on sale available in person at the Factory Theatre (125 Bathurst St), with $40 3-show passes, $85 7-show passes and $120 10-show passes available. New this year is the Festival Taster Pack: 5 tickets, one from each of our series – Theatre, Music, Dance, Live Art, and Special Presentations – PLUS a drink at the Festival Hub for only $55. Single tickets range from $10 to $25 and are on sale now. For more ticket information visit: summerworks.ca.