When Tony Allen, the drumming power behind the sound of the late and very great Fela Kuti, pronounces a band to be “the evolution of Afrobeat,” it’s got something special. That’s exactly how he described Holland’s Jungle by Night. 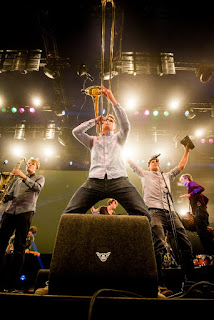 The nine-piece powerhouse evolves the American and Nigerian roots of the music, folding in the beats and fierce attitudes of hip-hop and EDM, guided by the wild soul of jazz and the raw energy of rock. They’ve teamed up with Afro-inspired DJs and club music instigators like LA’s Gaslamp Killer and Philly’s Rich Medina. They’ve electrified audiences from Europe to Japan, and in July they’ll be bringing their modern taken on Afrobeat to America as they undertake a U.S. tour in support of their third album, The Hunt.

“We all came to this from different beginnings,” explains conga player Gino Groeneveld, “so we all bring our own ideas and we make them work together. Several of the band members’ father was a journalist in Africa, and he has a huge collection of highlife music. I love James Brown and Maceo Parker, and we grew up on that. The trumpeter came from jazz. All those things fit well in this band. And my brother Sonny, who plays the drums, used to make hip-hop beats. He’s always been a crate-digger, so he got us all into funk that’s off a lot of people’s radars, thanks to samples he tracked down.”

Formed by a group of friends six years ago, the band quickly found itself opening for acts like The Roots, legendary Ethiopian musician Mulatu Astatke, and Benin’s Orchestre Poly-Ritmo de Cotonou. From that flying start they organized their own Afrobeat festival, Felabration, in Amsterdam, bring in Tony Allen and Fela’s music son, Seun Kuti, as special guests.

And the people who have Afrobeat in their blood, one of the creators and the heir, were captured with Jungle by Night’s take on the music. 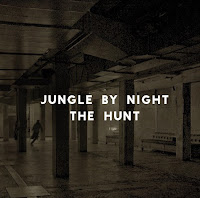 “Afrobeat to that level is just wonderful and impressive,” Seun Kuti said after they’d performed.

“We just have fun onstage,” Groeneveld insists. “We don’t focus on perfection. We enjoy it, and the crowd focuses on the music. If you’re having fun, the audience will, too.”

But along with the fun and the energy, there’s plenty of skill and focus. This is a new generation with a wealth of fresh influences to bring to the music, using Afrodiasporic forms as a springboard to bring in a wealth of sounds. On “Attila,” for instance, the first single on The Hunt, a synth grabs the ear before a relentless groove takes hold and a trumpet solo that nods toward Bitches Brew roars to life. The production on “Cherokee” owes a debt to Jamaican dub, and “Desdemona” opens with a complex, jagged guitar riff that would sound perfectly at home on a prog rock album, while “To Sugar A Dream” switches the mood by offering three minutes of gorgeously woozy brass languor.

This is the new funk, made up of countless flavors, determined in part by the scene the band came up in. “We’ve been lucky, living and playing in Amsterdam,” Groeneveld admits. “It’s a very open-minded city and there are so many broad musical interests here. You can just look around and find a jam session pretty much anytime. There are good clubs to play, and Holland has 200 festivals a year, so you can find places to play, to experiment and grow. That’s been great for us.”

From Holland they’ve spread their wings, playing all over the continent, before being invited to Japan’s famous Fuji Rock last year. 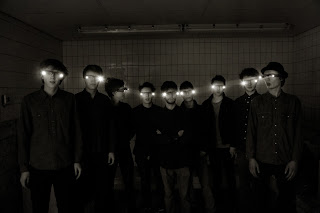 A nine-piece band can be unwieldy, but Jungle by Night has the sharpness of a razor in its sound. There’s plenty of room for the musicians to improvise. Between the soloists and the formidable machine of bass, drums, and percussion, however, there’s the constantly shifting soundscape, a journey through sonic territories that draws from the influence of dance music. It’s a powerful combination, one to stimulate the mind as much as the feet.

Along with touring, Jungle by Night is also working on a new album, spreading a global net for their music. “We’ve only recorded two songs so far, but one of them is a cumbia. A kind of cumbia, anyway,” says Groeneveld with a chuckle. “We’re taking our influences ever further this time on the album. It has more hip-hop and rock, and even some ideas from Turkey.”

Worldly influences aside, Afrodiasporic funk is still very much the core of the band’s sound. But whether the inspiration begins in Nigeria or Colombia, Jungle by night want one thing when they play live. “We want to get everyone in the same mood,” Groeneveld says. “To have them all with that wild vibe.”

America, get ready. The wild vibe is coming.