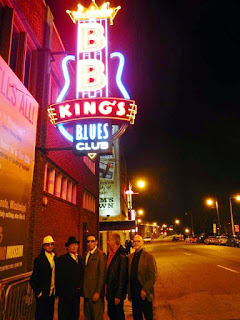 Joel Johnson is soon becoming a household name when it comes to blues in North America. Joel Johnson is an award winning and highly acclaimed blues guitarist from the Six Nations and has won a Canadian Aboriginal Music Award for best blues album of the year.

A former member of the band Blues House Hustlers, Johnson won for his debut solo album, Blues Joose Vol. 1, which was recorded by Duke Foster at Hamilton’s Catharine North Studio. Johnson was also nominated for best male artist and single of the year, two of another 11 categories that will be announced Friday night during an awards show and concert at Hamilton Place.

2010 Canadian Aboriginal Music Awards winner for Best Blues Album, Best Song Single and nominated for Best Male Artist. Also nominated for Blues Recording of the Year at the 2010 Hamilton Music Awards, Joel Johnson packs some hard hitting blues on his solo debut album Blues Joose Vol. 1. From Six Nations Ontario Canada, this blues man’s journey started at the young age of 7. Sharing the stage with many well known blues musicians such as Jack De Keyzer and the late great Mel Brown. 2008 nominee and winner with former band for Best Blues Album at the Canadian Aboriginal Music Awards. Writing and recording Blues Joose Vol. 1 all by himself, he dedicated the album to his best friend and one of many mentors Paul “Joose” Mitten. What to expect when listening is a mix of blues, swing, delta slide, funk, boogie and rock.

The Joel Johnson Band competed in the 2013 International Blues Challenge in Memphis TN and played at BB Kings Blues Club on Beale Street not once but twice. They represented the Grand River Blues Society in the competition and were also chosen to represent Canada at the Fedex International Showcase.