Pacha Massive New Album ‘Where We Come From’
Out on July 31, 2015 - Nacional Records
The NYC-Based Band Pioneered a Style That Fuses Spanish and English 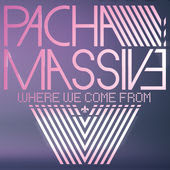 Pacha Massive is New York City in a nutshell—where every street corner is a meeting of cultures, stories, and sounds. We’re excited to announce the release of their stunning new album, ‘Where We Come From’ on July 31.

Pacha Massive was founded by Nova. Those beautiful vocals you hear interwoven throughout many of the songs is Patricia Lynn. Upon the release of Pacha's previous album, ‘If You Want It,’ The New York Post summed up the band's uniqueness perfectly: “If fusion is the future of music, then Nova, founder of Pacha Massive, is ahead of the game with his bilingual fusion of electronica and Latin rhythms.”

Pacha Massive has been hailed since their beginnings for their seamless use of bilingualism which, in turn, has lead them to connect with audiences across the country and the world. Pacha Massive has been praised by everyone from Billboard to MTV to KUT to KEXP, and has appeared on numerous tv shows and the popular FIFA video games. 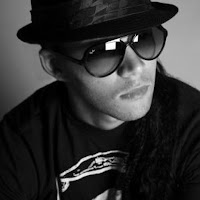 Along with their fluid interweaving of the English and Spanish languages, Pacha Massive has been praised for their unique fusion of electronic beats with traditional Caribbean rhythms (influenced by Nova’s upbringing in the Domincan Republic). ‘Where We Come From’ maintains many of Pacha Massive’s emblematic qualities, while offering a distinct maturation of the sound. The album was influenced by a collection of personal experiences and interesting characters that Nova crossed paths with over the last couple of years. It was recorded mainly in NYC, with additional recording in Houston and the Dominican Republic. The album features stellar collaborations from Los Rakas, Sophy Encanto (Elastic Bond), and Natalia Clavier.

As Paty says, “To finally release the new Pacha Massive album is a relief and a thrill,” and we hope it’ll be that for all of you.