For many, becoming a parent alters the experience of time, shifting one's perspective inexorably toward the future. But for Maine-based guitarist/composer Richard Nelson, fatherhood set him on an epic journey into the past, where he found the raw materials and inspiration for Deep River, a singular jazz suite that reimagines and reclaims early 20th century American roots music. Conceived for Mark Harvey's Aardvark Jazz Orchestra, the inveterately inventive Boston ensemble in which Nelson has performed since the late 1980s, the album brings a 21st century improvisational aesthetic to the unvarnished and idiosyncratic folk forms of an American republic almost lost to living memory. His fourth and most ambitious album, Deep River is slated for release by Heliotrope Records on September 8, 2015. 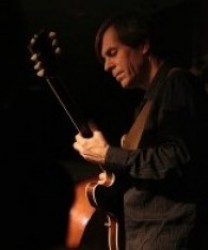 Nelson traces the project's roots back about a decade, to gigs he started playing around Brunswick, Maine with his 12-year-old son Dan, who was smitten with voices found on Harry Smith's epochal Anthology of American Folk Music.  Artists like the Carolina Tar Heels and the Carter Family, and later figures such as Woody Guthrie and Doc Watson, inspired the young man and with Richard playing lead guitar and singing backup, they developed a repertoire of blues, stomps, bluegrass, and old-time fiddle tunes and ballads. The intensity of his son's concentration on this protean music opened a door to pieces like the Delmore Brothers' "Deep River Blues" as interpreted by Doc Watson and Mississippi John Hurt's beseeching rendition of "Make Me a Pallet on your Floor."

"I've been engaged with music across a wide stylistic spectrum my entire life, and here he was so passionate about this particular slice of it," Nelson says. "I was familiar with a lot of these pieces but playing them with my son meant I was living with them in a much more intense way than I would have otherwise. When the opportunity arose for me to do a large-scale piece for Aardvark, with vocalists, I saw that this was my chance to process this music through my own creative sensibility."

What's most impressive about Deep River is the way that Nelson keeps the original source recordings hovering in the background like a spectral presence while he conjures a vivid orchestral soundscape in the foreground.

The album's opening and closing tracks are based on tunes that Nelson performed with his son. Paying close attention to the contours of the plainspoken lyrics vocalist Marcia Gallagher brings a self-possessed, almost fatalistic presence to the molasses melancholy of "Deep River Blues." Bill Lowe's sumptuous, rumbling tuba provides the brass heft in the transitional movement "Transit," an ideal showcase for a jazz maestro of low-end frequencies.

Nelson closes the album with "Make Me A Pallet On Your Floor," a plaintive piece that features vocals by both Gallagher and Johnson, though the extended arrangement provides plenty of space for incisive improvisers like saxophonists Phil Scarff (on lustrous soprano) and Arni Cheatham (on searing alto). Nelson also steps forward with some beautifully calibrated guitar work, but ultimately Aardvark is his instrument. By inviting listeners into his boldly reconfigured vision of the old weird America he makes a compelling case that our nation maintains a bracing streak of strangeness. 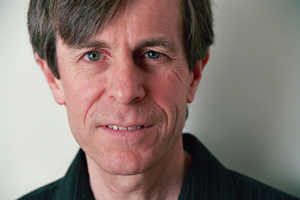 "I can't really say that I had a model for this work," Nelson says. "There are of course American composers, such as Aaron Copland and Charles Ives, who have drawn on folk sources. But in reinterpreting these songs in a contemporary jazz setting I really felt like I was out there on my own. I just set about absorbing them as deeply as I could and then tried to let the material speak in a way that seemed inventive and organic."

Running through his entire career since settling in New England in the late 1980s is his relationship with the Aardvark Jazz Orchestra.  Founded in 1973 by trumpeter and music director Mark Harvey, the band is known for wide-ranging repertoire featuring original works by Harvey, music of Duke Ellington, and diverse concerts spanning jazz, folk, popular and classical traditions.  Across its 40-year history, Aardvark has given premieres of more than 170 works for jazz orchestra by Mark Harvey and many other composers. The group appears on twelve CDs, including seven discs from Leo Records. Over the past quarter century Nelson has contributed several pieces to the band's book, while performing on all of their albums. A core member of the ensemble, he's maintained his affiliation with Aardvark since moving up to Maine and considers the band to be "a vital part of my creative pursuits." With Deep River, he's taken Aardvark into an uncharted realm where memories mix with portents and visions. Looking backwards and forwards simultaneously, Nelson creates a dialogue where sons invite fathers into the past in order to create sounds for the future.

Images by Joe Harrington & Emily Weir
An earlier version of Deep River Blues with his own ensemble: