• Behind the Sky available for pre-order on Amazon UK 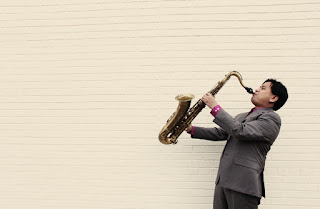 Saxophonist and composer Jon Irabagon previews his new CD Behind the Sky on Monday, September 7 at the Detroit Jazz Festival.  He's joined by pianist Luis Perdomo, bassist Yasushi Nakamura, and drummer Rudy Royston, all featured on the album.

Jon Irabagon, winner of the 2008 Thelonious Monk International Saxophone Competition, has performed extensively as both a sideman and as a leader in an ever-expanding range of projects. Jon has studied under such divergent artists as Dave Liebman, Wynton Marsalis, Dick Oatts, Jason Moran and Victor Goines, and has performed and/or recorded with musical luminaries such as Billy Joel, Wynton Marsalis, Bright Eyes, Tom Harrell, Joe Lovano, Dave Liebman, John Abercrombie, Kenny Washington, Lou Reed, and Jenny Lewis. Jon has performed and done clinics and workshops all over the world, and performs regularly in New York City's top venues such as Birdland, the Jazz Standard, and Dizzy's Club Coca Cola. 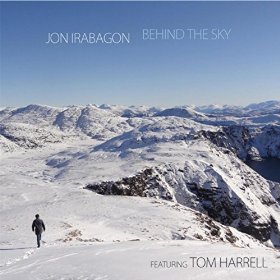 Behind the Sky marks Irabagon's eighth record as a leader, and features legendary trumpeter Tom Harrell. With Irabagon at his most straight-ahead, the CD's tunefulness and spirited, swinging attitude make it an ostensible follow-up to 2009's acclaimed The Observer (Concord Records). The CD will be released on September 15, 2015 on Irabbagast Records.  Also out that day is Irabagon's full-length experimental solo sopranino saxophone recording, Inaction Is An Action.

Preview the track One Wish: